Hi,
there’s a way to make color with shades like this? 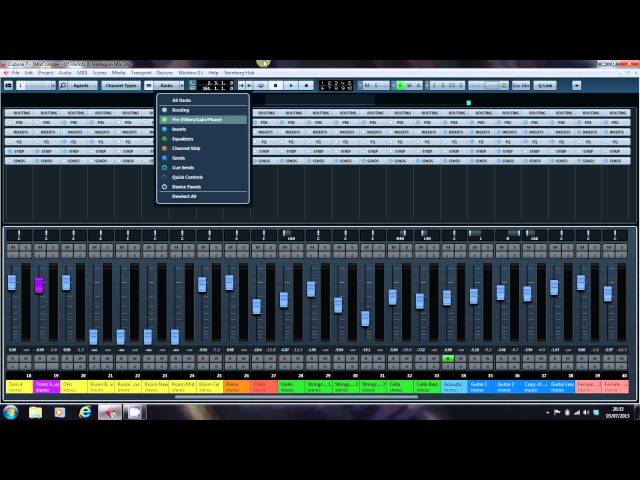 They both look the same to me - can you elaborate on the problem?
Which shades are you on about?
Neil B

Here’s a view of my mix console & background. Is this what you mean?

No, that’s not the same. In my first picture the “body” of mixconsole (below the fader) is darker on the bottom and brighter on top. Mine and your color scheme are flat. Look better.

Ah, I can see it now. Will investigate.
Just wondering (and I could be totally wrong here) - I have a sneaky idea that the colour scheme that you set up for your windows colour (personalise) has a bearing on this. I stand to be corrected by the gurus though.
Neil

EDIT: I tried to disable aero with no result.

When C7 was released, Steinberg was attempting to give a “wow” factor to the new Mixer interface.
In the earliest iterations, the gradient shading was so bad that if you fully populated and expanded the rack Strip and opened it, you could not read much of the centrally located nomenclature where the lighter gradient tones approached/matched the text color. Many were not thrilled about the “curved look” in general…unless of course, you were partial to the circa 1960’s Painton, quadrant fader look.

By the release of C7.5, they backed off most of it. The only remnant left is the “Selected” fader area as pointed out in the video, which for the reasons stated therein, I’d prefer to see gone altogether. Clarity over fluff and all that.

Your first pic looks like a C7.x screenshot where the unselected fader areas still had the gradient look.

Finally now everything is clear. Many thanks!