So happy that my 9 year old unsupported 3770k keeps giving . Runs like a dream still . It’s a lean mean creating machine . Keep them lean , no junk , no half implemented plugins and trials and the proof is in the pudding 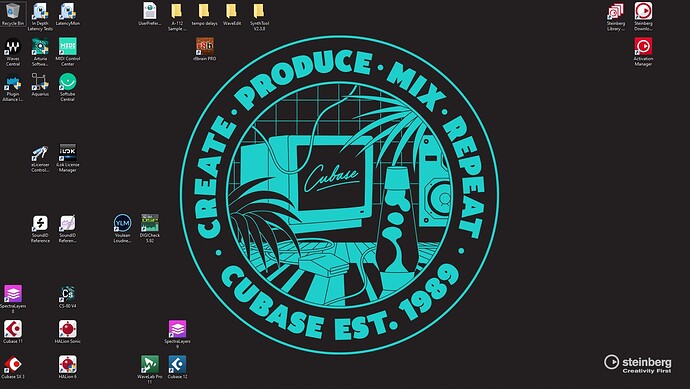 Yeah, that was my old system - kind of amazing really.

It was the recommended system from Steinberg at the time , i remember be able to get ED to recommend what they were using for Beta so the proof is there . follow the guidelines and you’ll be good for a few years , I’m looking close still at your 12700k but ill health at the mo has stopped any hardware updates im afraid but if i can run a full mastering chain of AA plugins and just render the groups i’m more than happy , stability is everything aaa Steve

Also i can’t really see to much of a hardware change requirement to be forced until win 10 gets dropped by support .

That’s how to do it. I built that 3770k machine in 2012, and my current one about a year ago – I expect my current system (11700k btw) to last at least 6 more years – and I have a feeling that by then, the days of big hot boxes filled with parts will be superseded by small cool running nuclear-fusion-powered machines.

I don’t think you’ll be far wrong there lol These Mini Pc’s are getting pretty powerful now , another few years as you say and the days of the tower are numbered

Yup. My self built i7 top of the range in 2012 is still running beautifully. I’ve upgraded a few parts since then, (SSDs and GPU) but it’s basically the same machine.

It’s just in the last few weeks that I’ve started to spec building a new i9 13900K machine. Mainly due to increased demands from software and the water cooling is finally dying in the old system. It would be a monster job to try and replace that. (Well that’s my excuse for updating anyway).

I think a big part of this is the constant housekeeping and maintenance that some of us do. Many computer users just expect their systems to run for ever with no upkeep. And of course, like any complex thing, that’s often not the case.