I want to use NI West Africa in Dorico and I have some trouble with figuring out the mapping.

So where can I define a custom technique for this dialog? I don’t mind if it’s in some xml or whatever, but please don’t tell me this list is fixed…

Have you tried adding the technique via the panel in Write Mode?

Also, be careful of assuming that techniques aren’t being applied / don’t exist in lists. I occasionally find that techniques I’ve just added appear if I save/close then re-open the project.

Currently the only way to do it is from the Edit Playing Technique path (that’s the one on the Engrave menu, not the one in the Kit editor) - go and create a new playing technique, or edit an existing one, and you’ll see that next to the “Playback playing technique” dropdown there is an Edit button. Click that Edit button and you’ll find that there are four categories of Playback Playing Technique (Techniques/Dynamics/Lengths/Ornaments). You can add your own Playback Playing Techniques to any of those. Having added them, you’ll find that you can assign them to textual/glyph Playing Techniques, or to Percussion Noteheads, and you can also hook them up to desired patches/keyswitches etc. in the Percussion Maps and Expression Maps.

I figured that combination of existing techniques can be used (so bass+L) and can be mapped to midi, although the manual says something about those not being applied. For that use case that could do it, but there are other usecases as aell.

To the Dorico team: guys, you have a severe workflow problem. And I mean like, super severe. Let’s review the steps to play notes on a custom drum:
Setup

I mean, I know programming lists and grids is boring and you keep making more exciting stuff, I’d do the same. As far as I’m concerned UIs were born just because people were too lazy to learn sql

. But if this is the state of UI, you need to give us a way to setup Dorico with text editor, which IMO would be way quicker, way more efficient, not to mention the configs could be backed up or even version controlled.

Edit: and yeah, the Dorico way of having multiple Djembes is to export the kit, find the of the Djembe which is mapped, copy it, replace the name and entity id and remove the other element for the same entity. Well, at least it can be done.

Edit2: found the xmls, it seems everything is possible to do there. The plan is to add PercussionInstrumentDataDefinition to the Djembe directly, that should make it reusable.

I think Theoretical makes some very good points about the workflow. I understand that there are so many features competing for resources to implement them, but I certainly would like to see this streamlined some.

Phew! That took a while, but finally I’m making some noise!

I did edit instruments.xml and percussionInstrumentData.xml to get Djembe in order, but I could not add Dunun - it showed up as an empty item in the instrument list for some reason.

So I created a Percussion kit with Bass Drum and a bell, configured it, exported it and imported it two times

The sad part is, it took me a whole day. Yes, there was a learning component involved, but still. Entering and playing the same beat in logic is 10 minutes. I know, not exactly comparable, but 10 minutes vs 10 hours?

I feel like perhaps Dorico should be two tools: 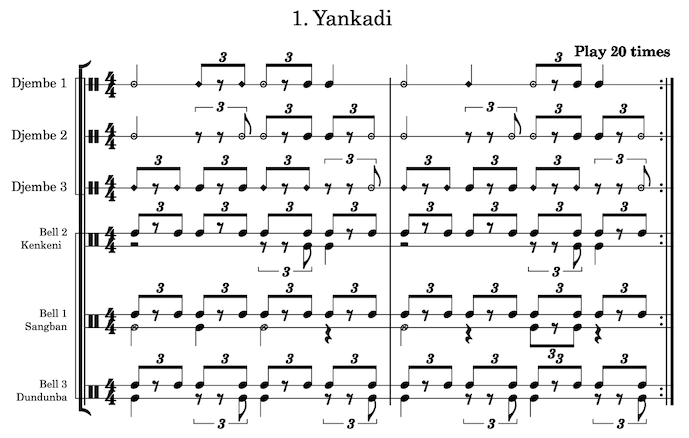 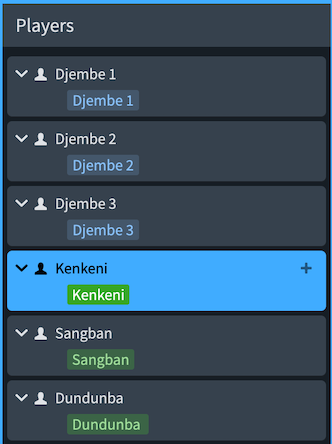 I’m not questioning that it took you 10 hours to discover how to do it the first time.

But how long would it take you to do it again? That is the fair comparison with another program.

I can say, that doing this multiple times already (not creating the instrument part - but rather having to add percussion playing techniques, and going through the steps to get it to playback correctly) that it is a time consuming process. Partly due to the fact that there are numerous steps to follow, and it is easy to miss one. But also due to the fact that I have to close one window, open another, make the change, close that window, open another mode, open another window, make a change, close that window, change modes, make the change.

If everything for this process was neatly in 1 place, that would save a lot of steps. I understand having to jump to play mode to assign the percussion map to the instrument, or editing the percussion map. But to have to change from the setup mode (editing the percussion kit to add the new technique to the instrument - oops, it’s not there), now to move to write mode to create the playing technique symbols, to then opening another menu/window to create the playback playing technique, to the go back to setup mode, to add the newly created technique, to the go play mode to edit the percussion to now include this new technique. It is a lot of steps and a lot of jumping around. And let’s not think about the consequences if the phone rings in the middle of all of this. I am already getting side tracked enough, that any disruption I realize I only accomplished half of what I needed to.

It would certainly be less of a trouble, if I could access all of the playing techniques dialogues from inside the percussion kit editor.

It would certainly be less of a trouble, if I could access all of the playing techniques dialogues from inside the percussion kit editor.

Also, when someone uses a user defined playback playing technique in a percussion map I am unable to edit that line in the percussion map. So when someone sends me a map they created to work with XYZ and I open a percussion mapping they sent me, I cannot edit any of the entries that have user defined values. The issue has happened that something similar has occurred to me in real life, I go through all of the trouble of creating the techniques that they used, only to find out that they capitalized or didn’t capitalize the first letter, and now my newly created playback playing technique still does not work. That person was me, opening a percussion map I created in another file. I had the PPT of “finger” I recreated it with an upper case F, and I got nowhere. Also, in the original project I accidentally created 3 “finger” techniques, I deleted 2 of them once I saw my error, and applied the mapping. Now in the percussion map I need to have “user-defined.finger.3”… to my knowledge there is no way of editing to get the number 3 into my new one without adding 2 more fingers.

I am sure that percussion mapping becomes a nightmare to work at some level, but some improvements here would be incredibly helpful.

I certainly agree that there is room for improvement in this area, and we will work to improve it in future.