Another one of those lockdown covers

Recorded almost a year ago, just got around to finishing it.
Made with Cubase 10.5, Some UAD processing, BFD3 for drums. Pod Farm for bass, SE2200a for vocals, thru TLA Ivory 5051 pre and god alone knows what amp & mic our guitarist was using. He was stuck in Peru thru most of lockdown, so he just used whatever he could get his hands on over there, so I think he did a great job with it. Mixed thru a pair of Behringer Truth 2031a, which I know are cheap, but it’s just a home studio and I like them. 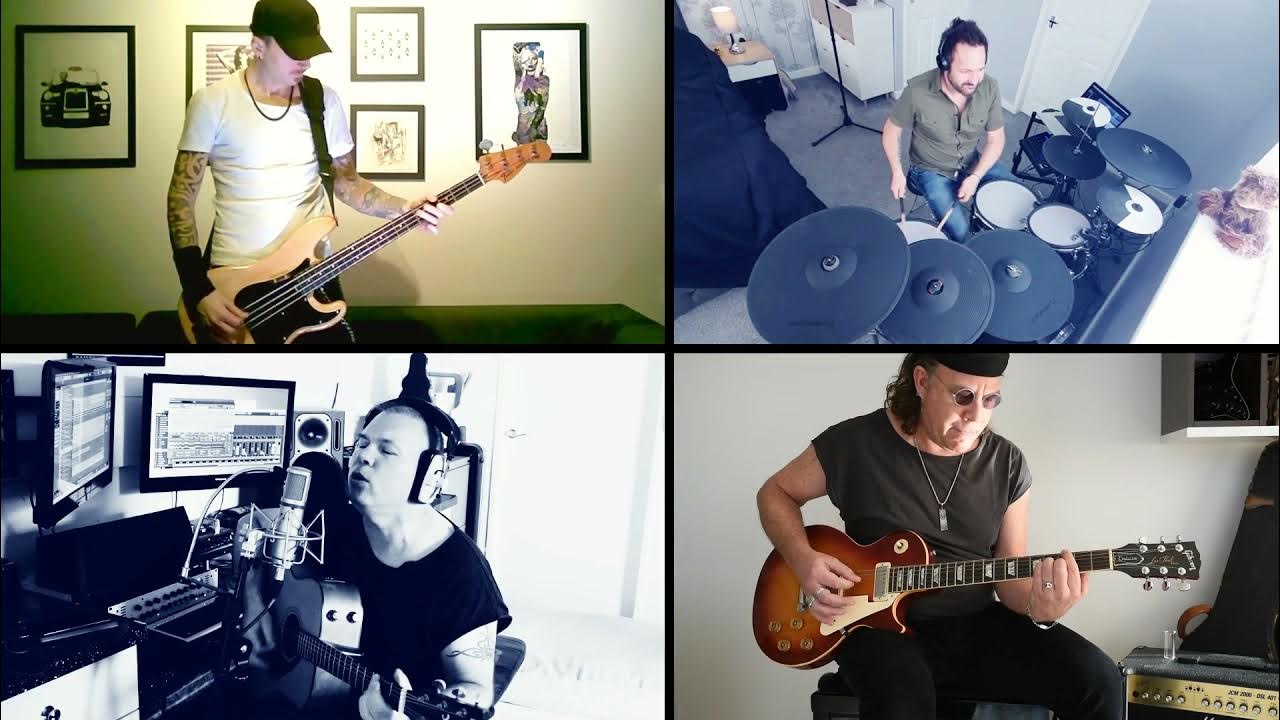 Sounds good to me: good mixing and performance.

Really well put together, especially being separated. One question - you’re using BFD3, but is it being triggered buy the guy in the video? If so, I didn’t know it was possible, but I don’t have that particular drum instrument.

Thanks mate!
Jay on drums also has BFD3, so I just sent him the preset kit/mixer setup that I had saved, he played the song, then sent me back the midi file. I loaded it to the same preset and I get what he played.
Honestly, look on the BFD forum and all you will see is people complaining like hell (including me) since FXpansion sold it to InMusic and the licencing fkd everything up, but slowly they’re fixing it. At the moment, I’m not getting any problems.
As far as an acoustic drum VST goes, nothing comes close IMO, especially their room & ambient mics.
On the interface, you just select the module that your drummer is using and it will set the drum map for it. The Hi-Hat open/close is sent to a controller lane, which honestly, I don’t like, cos depending on where he set his clutch, it seldom matches 100%, so I have to listen to what he played and edit it to match as close as possible, but that doesn’t really take long.