Apply System Break to all Layouts?

Something that might be useful, if it’s not currently implemented: applying a system break to all layouts in one step. There could be various ‘sections’ that don’t warrant a new flow, such as a Ritornello, or just a double barline, but for which a new line in every layout would likely.

Or how about a setting that a final barline always causes a system break?

There’s certainly no way to add a system break to all layouts in one step at the moment: this strikes me as a reasonably rare requirement, though I’m sure you have your reasons for asking for it!

However, this is the kind of thing that we do intend to add in the future as we begin to solve the problems with propagating things like properties etc. between layouts, so I certainly imagine it will become possible to copy the system formatting from one layout to another reasonably soon.

Re “reasonably rare”: After a D.C. or D.S. repeat, there should be either a gap in the score, or at least the following bar should begin on a new line—in all voices. benwiggy’s suggestion will be a time saver.

We certainly have a plan for how to make that gap appear before the coda section.

We certainly have a plan for how to make that gap appear before the coda section.

Would this also work for creating “incipits”/prefatory staves? Maybe the tail wags the dog in this case, but the principle isn’t very different, is it?
Michael

I think prefatory staves are a bit of a different case, because you can’t really have them as part of the same flow. As discussed at great length in this thread we have no current plans (I emphasise the word “current”) to make it such that you can do things like create clef changes in a flow but prevent cautionaries from appearing at the end of the previous system, and so on. I posted recently how I would currently suggest you tackle prefatory staves here.

There’s certainly no way to add a system break to all layouts in one step at the moment: this strikes me as a reasonably rare requirement, though I’m sure you have your reasons for asking for it!

My example: I’m working on a mass setting, where I’ve divided the Kyrie, Gloria, Credo, etc into separate flows, so they can benefit from a new title, bar numbers, etc.

However, the “sub-sections” - Kyrie, Christe, Kyrie; Et in terra pax, Qui tollis, etc – are only marked by a double barline, and don’t have the same ‘weight’ of conclusion and restart (in the piece I’m working on). (And I want cautionaries between these sub-sections.) Despite the gap being relatively inconsequential, I’d like to have each sub-section start a new line in the instrumental parts. As I’ve got System Text titling each one for the parts.

Thank you Daniel. I had forgotten the significance of the cautionaries. I have previously saved and used your tips for creating prefatory staves, which work well, and I find them easier with your method than I did in Sibelius. I will continue to be patient.
Michael

I think the developers are at least a couple of steps ahead of you, Ben. We already know that there’s something on the development road-map called a “flow break”. It would allow you to start a new flow on the same page, bringing with it all the “front matter” as required. Presumably when it gets implemented it’ll allow things like this to be done entirely automatically, along with solving your problem. 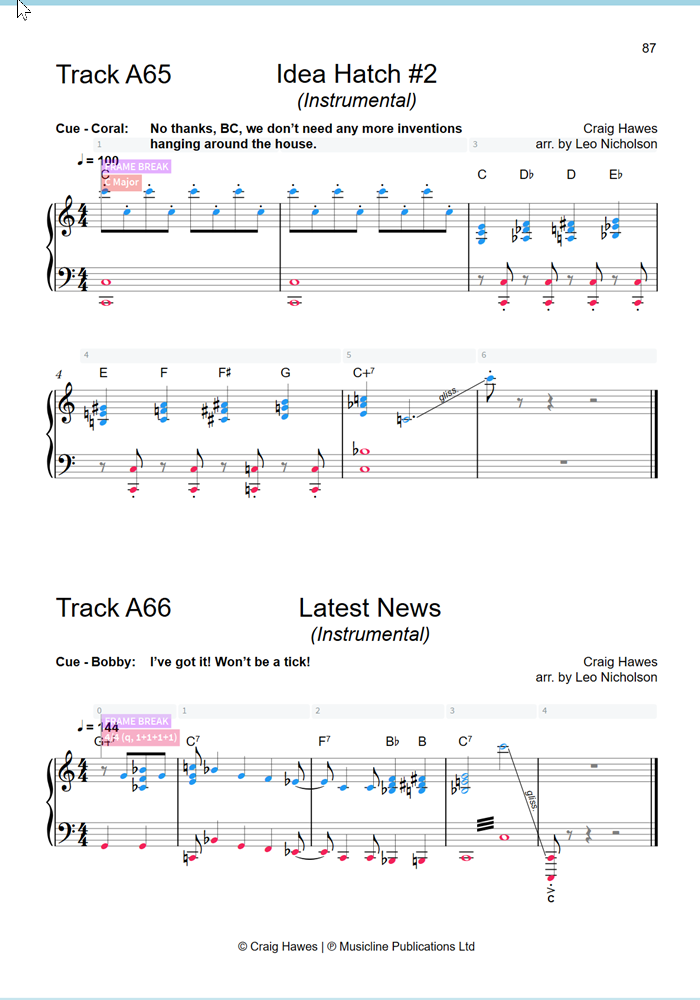 Here’s what I’m doing presently, which works well, but there’s some manual labour of System breaks. (I’m from Finale, so…

The Flows get the full title and heading on a new page; the sub-sections get System Text, and follow one from each other on the same page. I have to set the same System Breaks in each Part. 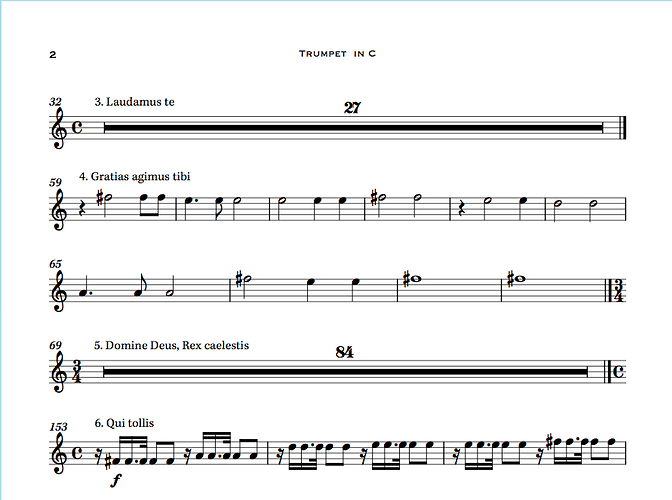