I’m searching a new PC workstation for big orchestral template. I’m looking in Lenovo brand because I’m familiar with these machines in my job.
So I read here and elsewhere that the most important for CPU choice is the speed and cache. Have a look to this PC with the amazing CPU AMD Ryzen™ Threadripper™ PRO 3945WX:

Thanks in advance for your points of view.

I wouldn’t stick to a brand. There is nothing g different to get used to between PCs. The best bet is to buy a pc designed for audio as it can be critical what components are used. A lenova will not be built with audio in mind. In the uk I use SCAN or CCL computers as they makes PCs tested to work well with audio for low latency and without glitches. I would look for somewhere similar in whatever you are in. We see so many problems on here with off the shelf computers.

Thanks mkok for the response. However, Lenovo workstation ThinkStation are robust PC and are made for intensive works. And the price to have a PC designed for audio is very high. Another point is I know well the Lenovo PC as IT technician.

But I understand your point of view.

Audio PCs are not a a lot more. The places I mentioned are not that much more expensive than the components and you get a guarantee. I really would t be going with an off the shelf lenova. It’s only a pc and certainly not better built than an audio pc which will have a quiet case as well as components chosen for how well they work with audio.

As I said there are loads of post on here with off the shelf computers suffering with problems. Lenova are nothing special. We had them at work for years and they had plenty of problems. I even tried one from work for audio and it was very poor.

Anyway your choice so good luck.

I really would t be going with an off the shelf lenova. It’s only a pc

Lenovo’s Threadripper builds are workstation class builds though, built for really high workloads and with a different level of reliability in mind compared to the average “off the shelf” computer.

Having said that though I don’t entirely disagree with you. Getting an audio-specific build from a reputable builder makes a lot of sense.

Lenovo workstation ThinkStation are robust PC and are made for intensive works.

In a fair amount of cases though the builders of workstations don’t have low latency in mind. The computers are built with high bandwidth and massive compute in mind which doesn’t necessarily means low latency. mkok’s suggestion is good.

I know well the Lenovo PC as IT technician

Also, in the link you provided that older generation TR CPU is a 12-core CPU, and I honestly have a very hard time believing that CPU is even close to the performance I have on the ‘regular’ Ryzen 5900X 12-core CPU. So compared to that Threadripper you’re probably going to be better off even building a Ryzen 5950X 16-core CPU system yourself.

And of course Intel’s latest are very good.

And of course later in the year AMD’s next generation will show up which very likely will make the Threaripper in your link look silly.

So;
Intel is not necessary, but very good.
Threadripper - get the latest generation, or
Ryzen 5950X 16-core or 5900X 12-core
Wait for next AMD generation (fall probably)

Thank you for the responses. I’m not sure to understand clearly what are the criteria to have low latency. The fastest CPU, the best it is, as for the ammount of CPU cache, the number cores is secondary… This is my comprehension… And obviously, SSD NVMe, good audio interface, enough RAM.

As I’m searching for a new PC, I’m wondering if a laptop wouldn’t be better, probably a second hand one. I read a lot of good things about the Lenovo ThinkPad P52. Any point of view about it.
2nd choice in this video: 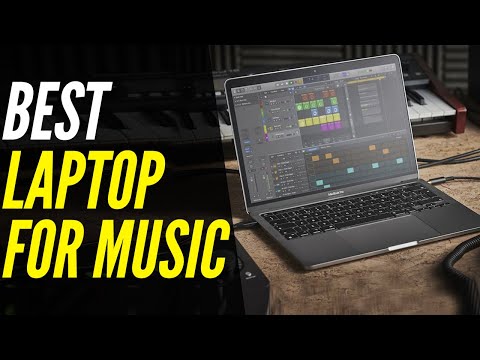 PS: I watched for an audio specialist for the PC, more than 300 euros more expensive!

Laptops are usually the worst for problems. I tried one of my work lenova laptops and it just wouldn’t work right. A desktop is better if your working in one place as you get more for your money and you can change the graphics if that causes problems.

If there are recommended models in the video that work well then I suppose that is a possibility. I personally would go with a desktop built for audio as you already know.