Arpache5 - Is this a bug or am I missing something?

I’m trying out the User setting on Arpache 5 and I’m not getting what I expected from the Manual. It says . . .

Each of the 12 slots corresponds to a position in the arpeggio pattern. For each slot, you specify which note should be played on that position by selecting a number. The numbers correspond to the keys you play, counted from the lowest key.

So in this example I set it to User and play a C major chord with 1, 2, and 3 in the first three slots, respectively. So I expect the first note in my pattern to be C, the second one to be E and the third one to be G, and then for that pattern to repeat for the length of the chord. But instead when I play the chord it starts off OK and then becomes random! In fact it’s indistinguishable from the Random pattern setting. (I’m also a little nervous that when “User” is selected the last diagonal line of the Random pattern graphic is still lit up) . . .

…and BTW if I set the pattern to “Up Only”, it does go “up only” but it adds a new C an octave higher that it doesn’t do with my User pattern. Since the Key Range is 12 in both cases why does that one get a bonus note and mine doesn’t? …

Arpache has always confused me with oddness like that, I’ve just presumed that there were patterns in the background dictating it or something? It’s probably just broken though looking at your output.

Have you tried Arpache SX? It’s the newer incarnation and more reliable and can also bring in MIDI loops too. I never use the original Arpache. Not a great answer really, but maybe a solution if you were trying to achieve an expected result.

It’s like recording loop/patterns into the timeline is broken too, particularly from chord pads. You get lots of stuck notes or it fails to record at all, it’s just something Steinberg fail to acknowledge or fix - I raised it on Cubase hangouts a while back and it clearly didn’t work but Greg brushed over it:- 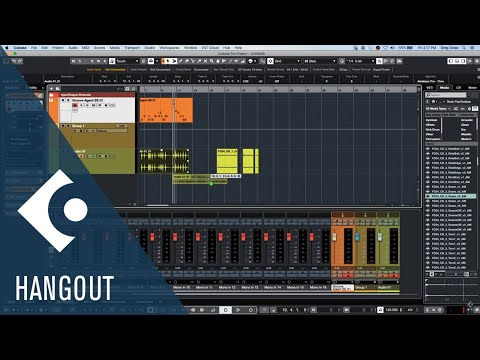 At 25:23 he’s pressing the notes to record and nothing is being recorded - these issues are frustrating as hell considering that arps and patterns are ‘features’ of Cubase composition tools yet complete denial of it being broken.

Have you tried Arpache SX

Yes, and in fact I posted a question about that today too. Arpache SX user sequence questions