It’s odd that you don’t seem to have the option of “barline interaction” (i.e. stops at barline) for tempo changes, such as “rall…”, where you do have these for e.g. hairpins. Likewise, it’s strange that you have the option of “solid,dashed,dotted” lines, but not “none”… Of course, fixable in engraving mode, so not the end of the world. 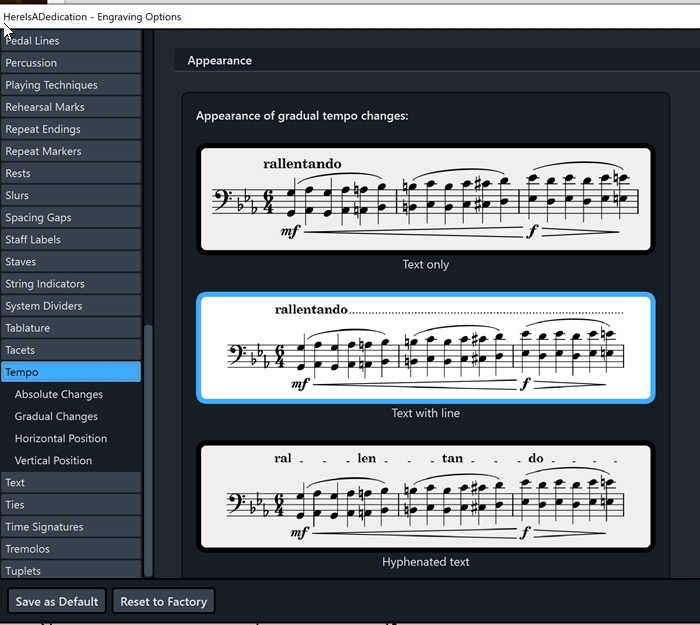 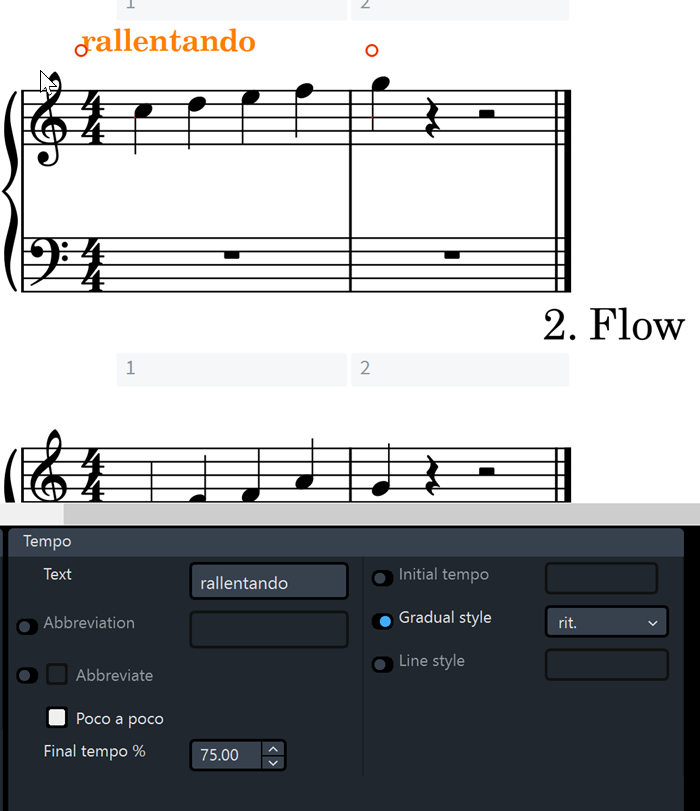 You also have this, which is equivalent to barline interaction: 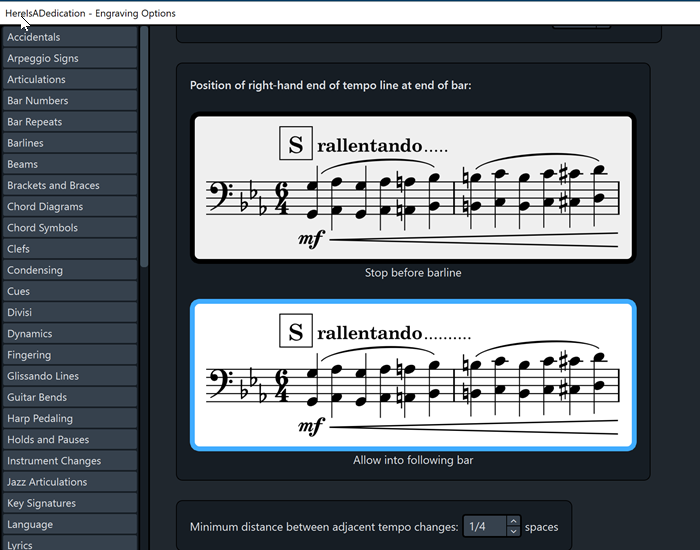 Ah, so you do! It’s even odder that you have it as an engraving option, but not as a property (like with hairpins). But at least I’m sorted, now. Many thanks!

I’ve given screenshots of both of these things as properties, not just as Engraving Options…

Hmmm. I must be missing something obvious, but my properties panel looks like this.

(note: I’ve set the default line interaction as you suggested, so that’s why it shows up accordingly)

Actually, I think your dialogue is in engraving mode, mine is in Write mode? Note that the hairpin has the barline interaction in write-mode…

That’s it, in Engraving mode these options are different.