I already posted about this but back then at least when I copied a recorded MIDI file onto a new HalionSonicSE VST test track, it would play the file in the right key. Now I even have to transpose the VST to -2.

This also happens when I play my Korg Trinity keyboard-workstation via a MIDI, VST or just an Audio-only track. So to get a G, I have to hit the F key. I added as simple guitar tuner insert to the playback audio track and it show that: it says it’s an F note, but what comes through is a G.

So I can’t rely on the notes shown in the MIDI files or VST track to rehearse/play along or record new tracks, MIDI, VST or Audio.

Whatever I had rendered from MIDI to Audio tracks plays back correctly for it’s locked in as audio and subject to this whole MIDI I/O mess.

What I’ve checked and done to try to fix this - but nothing helps:

– Midi Through is enabled in Preferences
– Tracks are all in Musical, not Linear mode
– I’ve reset my keyboard-workstation to factory settings
– Uninstalled-reinstalled my sole audio and MIDI interface (Behringer UMC204HD)
– Matched Windows 10 system Play/Record to Project: 24 bit, 44.100 kHz.

I’m at my wits end. Help needed.
Thank you.

Double check these settings as a mismatch between the sample rate of your Project and Audio Interface will cause your symptoms. I’m not quite sure what you mean by “Windows 10 system Play/Record” as the setting is not in Windows it is in the User Interface for your UMC204HD.

You can access this in Studio>Studio Setup>Audio System> your-audio-device
I’m using an RME Fireface, but yours should look similar.

@raino - Thanks for reply. I changed the buffer size from default 512 to 256 as well as what I had initially, 128 before I uninstalled/reinstalled my audio I/O, but it made no difference in either case.

Another weirdness is that the exact same MIDI file’s velocity will respond to velocity editing in Key Editor differently when on its original track than its copy on the HalionSonicSE:

When I select all notes and use the velocity lane to gradually reduce or augment velocity, the one on the original MIDI track does not respond except when reduced to 0 velocity. So it’s like its acting on/off or 127/0. But in the VST copy of same file, changes in velocity act as they are supposed to.

List editor Editor with no modifiers hidden shows only Notes (so no velocity or other modifiers happening in either version of the file).
MIDI Monitor, same thing, only Note On and correct velocity values.

buffer size from default 512 to 256 as well as what I had initially, 128 before I uninstalled/reinstalled my audio I/O, but it made no difference in either case.

The only thing changing this will impact is your latency and how much work your computer does. It doesn’t have anything to do with pitch.

Another weirdness is that the exact same MIDI file’s velocity will respond to velocity editing in Key Editor differently when on its original track than its copy on the HalionSonicSE:

This is only odd if the 2 instances are playing the same VSTi and the same Preset - in which case, you’d expect them to behave the same. Many Virtual Instruments do not modulate their sound in any manner based on Velocity - hit the key hard or soft they’ll always sound the same. If the VSTi you are using isn’t designed to respond to Velocity it will sound quite different from one that is.

I doubt if any issues you may be having with MIDI are related to your audio pitch problem.

@raino - As requested, here are the screenshots. 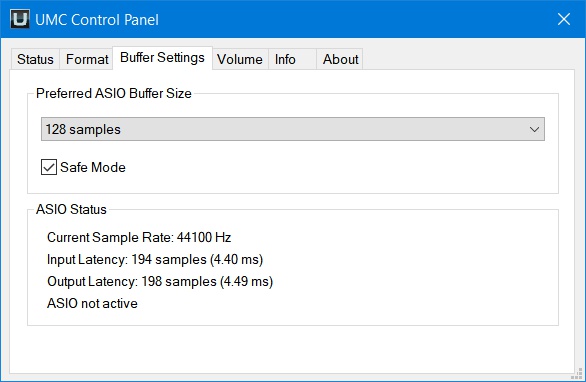 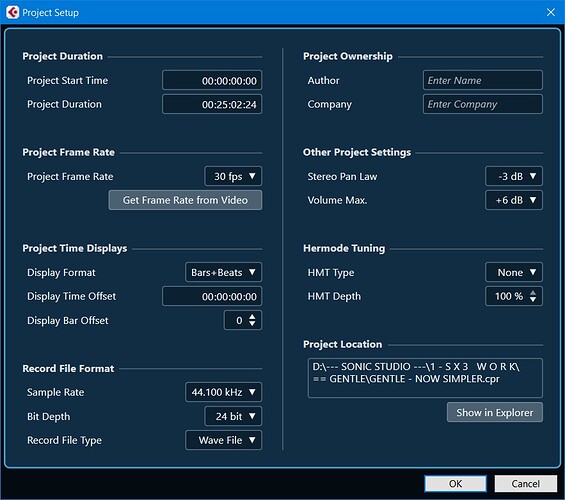 This also happens when I play my Korg Trinity keyboard-workstation via a MIDI, VST or just an Audio-only track.

Just want to confirm what you mean by this. If you record audio, like a vocal, onto an Audio Track, when you play that Track back it will be 2 half-steps higher?

No. Once anything is converted to an audio file and track, be it a former MIDI file or direct in audio from my keyboard, all play as they should.

When I opened up a different, fairly recent project, the out of key issue is not present. But the velocities non-response is.

I’m giving up on this for now. I just can’t handle the stress of it.
But thanks for being so patient in taking the time to solve it.

I don’t remember having these problems with Cubase 6.
Maybe I should go back to using it instead of 11.

Once anything is converted to an audio file and track, be it a former MIDI file or direct in audio from my keyboard, all play as they should.

So it is only MIDI Playback that is at the wrong pitch? If so then perhaps you inadvertently have an active Transpose Track (even if it is hidden). Or on the Track’s MIDI Modifiers tab you can also transpose MIDI.

But the velocities non-response is.

Again this is most likely because the VSTi itself is not designed to respond to Velocity. Try changing the Preset to something that you know responds to Velocity

@raino - I appreciate your response, but I’ve got too much life stuff going on to be able to concentrate on any of this. If and when I’m ready, I’ll tag you when I can continue in this topic. I will not post anything further until such time. NRN.

Months later… I finally solved this off-key issue with my Korg Trinity Keyboard. There was some aftertouch “loopback” of sorts happening that caused this.

Solution (only applies for keyboard hooked up via old 5-pin in/out MIDI - not USB):

Since I don’t need the MIDI in, I disconnected it leaving just MIDI out that goes into my audio interface. No more weirdness.