Chord Pads - Recording in Pattern Mode (Is this broken?)

Just reaching out to other users opinion on the pattern mode for Chord Pads.

I love the pattern mode for playing chords and building the vibe of a song, as the backbone, however i get the following issues when it comes to recording the resulting performance:-

Anyone else get those issues? If so, i’d love for them to be fixed as it totally wrecks the usability of the pattern mode. I’m guessing it’s slightly bugged, but also amazed that the issue hasn’t already been raised.

Two (near) work arounds i have found:-

…However, you lose the ability of being able to create rhythmic stabs, whereby each key press will recycle the MIDI loop - Doing the above will just transpose the MIDI loop as a whole.

Thanks for any input anyone has on this subject.

I’m very far from expert on the various chord function but does the ‘mapping offset’ help with this ?

I’m very far from expert on the various chord function but does the ‘mapping offset’ help with this ?

Oh that was a quick reply!

I’m not sure, as i’ve never tried that option, it seems to relate to Chord Track, rather than Chord Pads - but i’ll sure give it a try later. Really appreciate the reply - thankyou!

Sadly that didn’t help, but i appreciate the effort to help…

I submitted a question to Greg on last nights hangout and you can see the issue being replicated on his screen:- 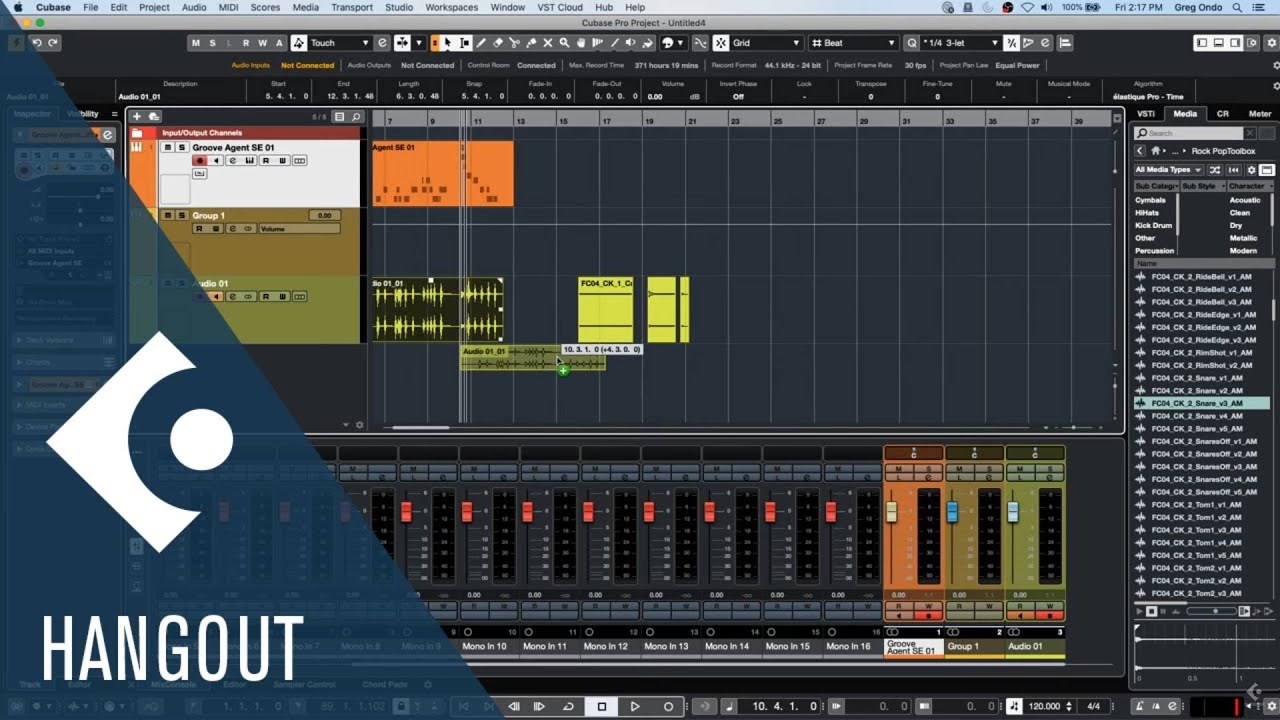 Obviously i respect his position so he can’t really call out bugs on the live stream, but he failed to record the first chord when in record mode live on stream - even though you can hear his keys being pressed.

And you can see the resulting MIDI Data is nowhere as free-flowing when playing when the playhead is stopped. It just doesn’t correspond to hearing when his keys are pressed. And many presses just don’t record at all.

But at the end he kinda dismissed that there is an issue there, which was disappointing, especially after seeing it fail live on stream.

I just wish there was a workaround, as the correct MIDI data is finding it’s way to the VST Instrument when stopped or in playback mode… So there’s gotta be a way of capturing it somehow, even if i have to route it outside of Cubase and drag the MIDI clip back in - maybe that’s going to be my solution.

Normally i’m in my studio and playing parts in, but i’m recovering from Covid and trying to chill in the evenings using only a laptop and 2 octave keyboard - and this pattern mode feature can take you a long way in coming up with compositions… if…only…i…could…get…it…to…record! haha