Chord symbol on latter note in a tie

You sure can put a chord symbol on any note in a tie chain! Actually, chord symbols are attached to rhythmic positions rather than to individual notes, so you can put them litteraly everywhere.

Check out this excellent tutorial by the Dorico team: How to Input Chord Symbols | New Features in Dorico 1.1 - YouTube

Edit: You were faster, Leo…

Second edit: Daniel, could the ability to move the chord symbol pop-over with the arrow keys also be applied to the dynamics pop-over?

Yes, but you were more helpful, fkretlow

Florian, it’s a good idea to be able to move the dynamics popover with the arrow keys too. We’ll think about this for the future.

Thank you all for your advice. In poking around, I finally found out what my real trouble was. In looking at the chord settings in Engraving Options, I experimented with the “Show altered bass note only if identical chord symbol is within the following X bars/beats.” I setting this to 0, it fixed the problem - prior to that, it was showing only the altered bass note, and not the chord letter along with it.

On another chord issue, I am afraid I will be showing my age, or ignorance, or both in asking the following question. I notice that it is only possible to use upper case letters for chords, no matter what their quality. I was trained eons ago to use lower case for minor and diminished chords, and upper case for major and augmented, etc. It seems that this practice is now antiquated, as I know that Sibelius seems to think everybody should be capitalized also. Did I miss something along the way that made the all upper case the current standard? It’s not a huge deal, but Daniel, would there be a way that Dorico could allow the choice to use a chord symbol in its lower case form? Thanks. (I also vote for moving the dynamics popover with the arrow keys).

We surveyed lots and lots (and lots!) of published sets of chord symbols and never encountered any system in which the quality of the chord is indicated by whether or not the root is in upper or lower case. Can you point me in the direction of any publications that use that scheme?

I think it’s probably reasonably unlikely that we will support this kind of thing (unless there is a huge outcry for it, of course) but you’ll be able to adjust the individual appearance of chord symbols in the forthcoming minor update, so you could take the time to set up all of the chord symbols that you habitually use and then save that as your default set for future projects. It won’t be as quick to set up as clicking a couple of buttons in Engraving Options, but it will definitely be possible.

Attached are screen shots containing some chords indicated in small case, referring to minor or diminished chords. The first two are from a popular music theory textbook titled Music in Theory and Practice, 9th Ed., Vol. 1 by Benward and Saker, 2015. (McGraw-Hill Education). The last is from an older book titled Music Fundamentals, 5th Ed. by William Duckworth 1995. (Wadsworth Publishing Co.) In any event, thank you for the possibility in a future update of having the ability to create lower case chords. I am enjoying learning Dorico very much! (PS - any chance Dorico would eventually be able to have colored highlighting of the bars, the ability to have “comment” stickies, and “compare documents”?

Daniel,
indicating minor (or diminshed) chords as lower case letters is quite common in German songbooks. Here are 3 examples from 3 different publishers. One is a song by the Beatles 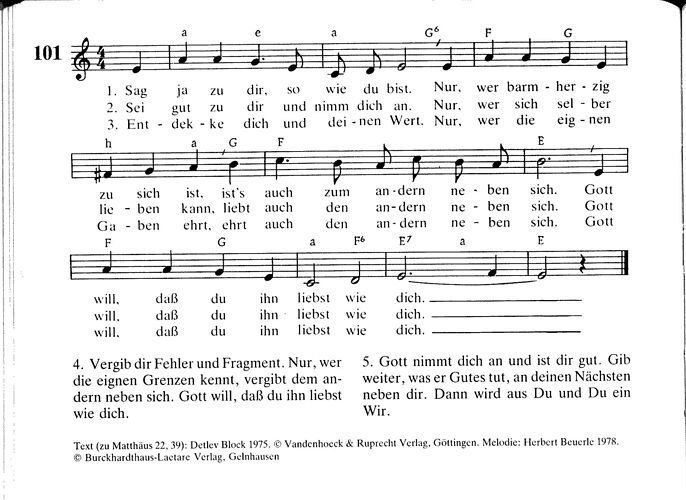 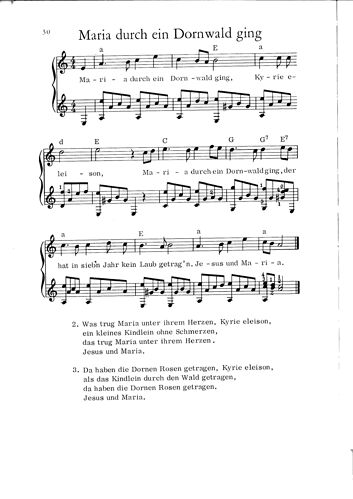 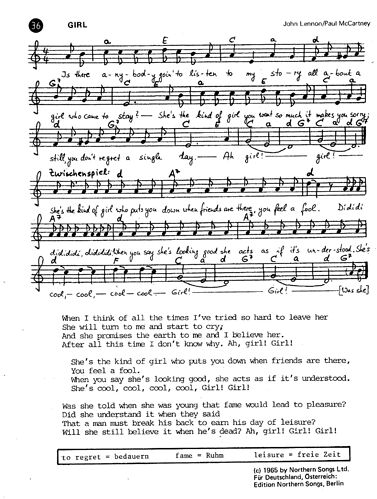 In German speaking countries this is actually very common: “A” is the major chord, “a” is the minor chord.

(Now that I think of it, it would be very nice if Dorico could recognize this difference in the key signature popup.)

Estigy, Dorico does recognise that difference in the Shift+K popover – that’s exactly how major and minor key signatures are created.

violyn, thanks for your examples. You might feel I’m splitting hairs, but I think those “chord symbols” in the educational text books are really filling a different role: they’re positioned below the staff rather than above (something Dorico cannot easily do at the moment without moving them to the other side of the staff yourself), and they’re more like the Roman numerals used for harmonic analysis (indeed in two cases they’re used in conjunction with them).

Heiko, your examples are more unambiguously functioning as chord symbols, that’s for sure.

I will definitely make a note of this, but I can’t promise that we will be able to get on to it in the near future. We’ve spent a significant proportion of all of our available development time on chord symbols since the start of the year and we need to focus on other areas for now. The forthcoming minor update (coming before the end of the month) will allow you to edit the appearance of individual chord symbols, so you’ll be able to do this yourself more easily when that is available.

For many years (since it’s invention in 1893) the “Funktionstheorie” (functional harmony) by Hugo Riemann was the standard for music analysis in Germany and still is very common. Riemann uses Capital letters for major chords (e.g. T, S, D) and Lower case letters for minor chords (e.g. t, s, d).
I predict that the writing of chords with Capital and Lower case letters in Germany is derived from this standard. Unfortunaltely I ouldn’t find a proof for this.

Capital letters do indicate major keys or chords and small ones indicate minor.
And, by the way, Dur is from latin durum (=hard)

) and in my undergraduate training we did analysis with upper and lower case. I think Daniel hinted at the “major” difference (no pun intended): there seems to be a divergence between analysis and chord symbols as used to indicate to improvising musicians. That said, it is so ingrained in me from analysis that when I make notes for myself in scores I use upper and lowercase. Even though I’m an organist, I’d much rather read ‘a’ than ‘vi’ or ‘Amin’. Reading ‘A min’ is a little bit like reading ‘jumbo shrimp’. So, while I totally understand this being a back-burner issue, I also vote for the possibility of using upper and lower case to indicate chord quality as the use-case for the chord symbols will vary for different musicians.

Are there any news on that topic? Today, I used chord symbols the first time within Dorico (2.2 Pro) and at searching on how to switch to lowercase for minor chord symbols I came across this thread…

As stated before by others, lowercase letters for minor chord symbols are very common in german (either as “am” or sometimes just “a” for A Minor). For many musicians, chord symbols are much easier to comprehend that way at first glance. For that reason, it is the preferred way of notation for me.

As suggested, I’ve tried to use the graphical chord editor in Dorico as workaround, but this doesn’t work well. A proper solution is welcome…

Thank you very much
Matthias

PS: a note on k_b’s answer: Bärenreiter uses both “Messe in h-Moll” and “Mass in B Minor” at the title of their vocal score.

We surveyed lots and lots (and lots!) of published sets of chord symbols and never encountered any system in which the quality of the chord is indicated by whether or not the root is in upper or lower case. Can you point me in the direction of any publications that use that scheme?

Daniel to help you out here: the minor chords written with lowercase characters were and still are an often used convention in german speaking countries. And it’s getting even worse; if you write a lowercase character you don’t have to write the ‘m’ for minor. Well perhaps that’s just those swiss yokels …

Sorry I have seen by now that Matzix, HeiPet & Estigy have written the same thing above …

Just to revive this discussion, my question is: how can I write these chord symbols in Dorico?

But as I have to make a literal copy of my source I try to get the minor chords displayed with lowercase letters. What would be the procedure (I could not find a setting for this)?
Help, please.

how can I write these chord symbols in Dorico?

It’s possible, but you have to modify the roots manually in Engrave mode:

There also seems to be a bug where you can’t copy chords that have a modified root, so I think you have to do each one individually which is kind of a pain.

Rescanning this thread, I had to chuckle. I stand by what I said earlier, that I make ‘A’ vs ‘a’ markings for myself for simple chords. But what makes me chuckle is that this convention is also the one used by Dorico to determine key signatures in the popover.