Hi, I have a problem with the chord track making cubase crash, I have a video where I show the problem,

Here is the video: 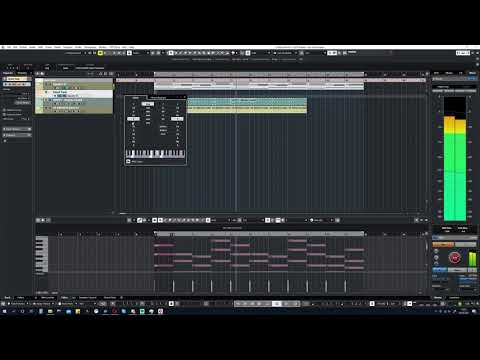 What happens if you start with an empty Project and add just the Chord Track?

Ok so I just tried that, and it all looks fine, but I did som further investigation, and I figured out that it is the Roland TR -909 That makes it crash… because I first added a cord track put the same chords on it and nothing happened, then I added the Arturia JUN-6V and still nothing happened, but as soon as I added the TR -909 it did just as in the video…

Almost always for stuff like this it is the plug-in. I’m actually having the same problem where every Project using Line 6 Helix Native crashes on loading - similar deluge of error messages too. I just downloaded their latest version and hope that fixes it. If not I’ll find the version just before the current one in Backups and copy the old dll or maybe un/reinstall the old version - hop it doesn’t come to that.

Check to see if there is a new version of the plug. Do they have a forum where folks are discussing this issue. Contact their support.

Just a guess, but I’d suspect that it is not the Chord Track the plug doesn’t like but rather the Chord Track sent it some MIDI data and that triggered the problem. If you have no Chord Track but use a MIDI Keyboard to send the 909 a note does that cause a crash?

hmm I see, no That works fine, I do find it strange that there is an error with the chord track so as you said, I think that it is the plugin my self, I just wanted to clarify it ya know, and I’ll going to see if anyone else have that problem too, i’m not sure about a Roland cloud forum though, Hope there is one… anyways Thanks for the help and all that… I’ll Post in this thread if I find a solution

There seems to be another thread on this

Hi, I just activated a month trial of the Roland cloud. Every time I use some plugins, specially the TB-303, TR-808 or TR-909 there’s a Cubase crash. My Version is the latest (10.0.50 build 301). I even reinstalled everything in the hope to repair something. Any ideas? I would like to know if the plugins work at all before I think of subscribing (by the way, the same plugins on FL Studio did not seem to cause any problem). Thank you in advance, Quino

oh rely, I did not find any other tread OK I just read it ant I’m going to try it now i hopes that it works.

Great. My issue sadly remains even after the latest update.

hmm… That is unfortunate Hope it gets checked out soon

Hope it gets checked out soon

This got resolved but in a very surreal way. Using Google I found a thread about the problem on this forum. And it had the answer, which it turns out I’d posted awhile back.

In fairness it is an odd problem.

I had this problem with Cubase 11 and the response from Steinberg was that it is A roland Problem. Roland said it was steinberg’s problem. NO Solution given.
I just updated to Cubase 12 and the same thing happened today.
It is exactly as in the video at the top of this thread. Did anyone get a reasonable answer? Because the only solution at the moment is “Do not use Chord track with a Roland synth” or “Do not use Roland plugins with Chord track” This is not an answer.
Can someone suggest the answer?
I attached the crash dump. Cubase diagnostics said the problem was with Roland XV 5080, previously JV 1080.