What about allot of crashes that I have with Cubase 10.5, that I’m really hesitate to upgrade to the 11.

How can you assure me that 11 will be stable?

I am using PC i9 that has iOS system (Mojave ) , with 128 ram, and after 150 channels sometimes even less, the Cubase cpu start to chocks.

My standard project has 280 instruments channels.

The freeze solution is not so handy, because you need to render in place in order of less cpu weight.

Which is very uncomfortable and taking a lot of time.

Logic (that is less comfortable them Cubase in few issues), helps the cpu by not using the instruments channels while you are not using them.

And the freeze configuration in Logic, is disabling any Midi instruments / plugins that the channels has.

How can you assure me that 11 will be stable?

nobody can - C11 isn’t much different to C10.5 so if that is crashing C11 probably will too - although it doesn’t seem like it’s a crash just maxing your CPU ?

Hi Dr.
Yes it is Maxing my CPU, and then it crash.
I need every project above 150 channels to shot down the program with iOS ‘monitor’, it’s the only way to shot down every system.
There is a solution Dr.?

are you saying it crashes or does it just hang ?

Ok I will describe better.
I use a lot of Kontakt instruments, I’m opening them as an instrument track, the same as I do with Vienna Symphony Libraries, and UVI, Audio Modeling.
It comes to almost 250 tracks per project, that after the 100 track, depend of course how many instruments playing at the same time, to make it more clear, my technique is to open a track per orchestral instrument articulation.
For example C.bass strings staccato-a track!
Legato -a track! -Diminuendo-a track and so forth.
I hate meat switch (which some libraries started to develop the technology of all articulation in a patch$, it’s flexible but it demand from you to be flexible in playing and knowing every inch of the playable instrument, but it’s keeping from large headaches to come…

So it comes to a large number of tracks , and you are welcome to watch and listen to a recent project of 300 tracks , a short version just a taste, most of the tracks are rendered in place because the computer couldn’t handle it. 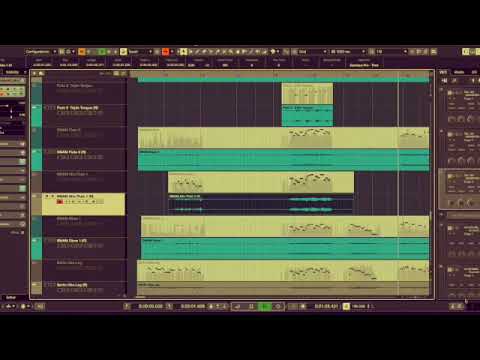 Many thanks Dr. ,
Dor

I don’t have any specific advice here - others might have some ?

I tend to use cubase on windows so I’m not sure what optimisations you could try especially on a hackintosh.

there are few things to try here:

I’ve been told (read!) that Cubase 11 has lots of mac specific optimisations and that it runs better than C10.5 (Metal compatible) - but I would have thought that this would be more GUI related ?

Many thanks!!! Thanks allot !
About the clarification.

does that mean less CPU on the same project ?

No.
What I experienced was a smoother platform.