I am thinking that this is a bug. 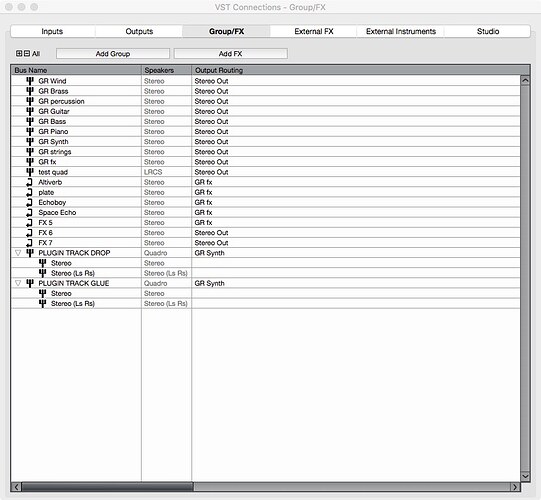 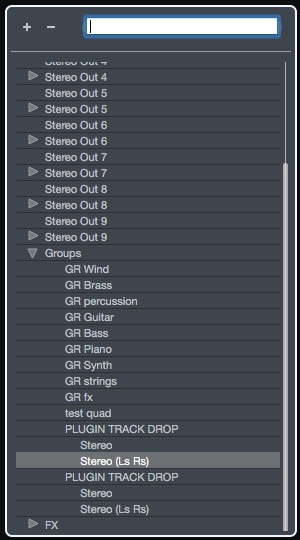 multiple quad tracks not available jpeg.jpg300×540 30.1 KB
These screenshots are from the same project at the same time.

no matter how I try I can only ever create one quadro instance. If I export out as track archive (my usual workflow) my entire signal path for a specific operation when I import the second instance it always defaults the sidechaining routing to the first instance - and it can not be switched over.

As you can see from the screenshots there are two Quadro tracks with different names (one for filter sidechain and one for compressor sidechain) in the VST connections window but in the routing window it shows the same one twice.
And unfortunately it does not move from one to the other if I change my ‘apparent’ routing on this dropdown page - it always selected the first one I set up.

Any clues? I doubt I can fix this - it’s either a bug which might get ironed out in a new release or the DAW will only support one quadro channel (which sounds doubtful - how would you do a surround mix?)

Or am I doing something silly?

OK I have finally found a solution using FX channel tracks instead although I suspect it will work too for groups.
Stills seems like a bit of a bug though.

Posting in case of any use to anyone…

Basically it doesn’t work if you create a Quadro signal path and then try and duplicate it and edit the new one.
It all looks like it ought to work, but it doesn’t.

Also if you create a track archive of your signal path and import it more than once - same problem.
It has to be either a completely freshly created signal path with new child group selected etc… or imported from a track archive file that is different (differently named tracks and paths)
I can create clone signal paths and give EVERYTHING (including VST connections window) different names and export to track archive and import back in again as it all works.

So until Cytomic create VST3 versions of The Drop and The Glue this will have to be the longwinded workaround.