Hi,
I’m having severe problems navigating and zeroing in on notes in the midi note editor.
I’m not sure if this is only an issue on Apple/iPad version of Cubasis or if it also occurs on android.
The issue is illustrated in the video I put together to for the sake of simplicity in explaining: 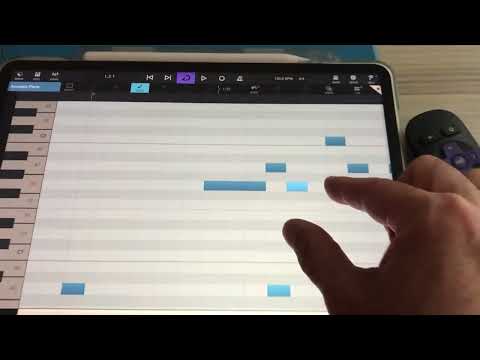 Oh no. That’s a real shame. To be honest, the way the zoom on the iPad’s note editor works at the moment really stops me in my tracks anyhow. Trying to get used to Cubasis for myself has been a hard experience, mainly because I tend to use the editor a lot when writing music these days, and when the note editor’s interface and workflow gets in the way (including moving and sizing my view), I find myself getting creative fatigue very quickly.
I’d love to see these basic elements streamlined and working well, it makes such a difference.

A staggered workflow decreases the creative moment…
Pinch zoom has been refined n improved over the years so much that no app should have a clunky mechanism.

There are more simple actions that are a tad too complicated and a bunch are missing
To increase the workflow:

-everything should be able to drag n drop

-instruments and effect interfaces should not be attached to the pianoroll/drum pads
They should be resizable pop ups that could be moved around freely.
Opening an instr interface which covers the event/note sheet is so unproductive

To name a few things.

I agree -pinch and zoom is so very much a part of multitouch mobile devices that there’s no excuse for a display not responding how it does when zooming in and out of photos and well known map applications. It’s naturally intuitive. It’s a no-brainer that should be fundamentally implemented in an optimized manner, as it is the bedrock foundation of these types of devices.

On Android you have the zoom slider with a Horizontal en a Vertical mode
But when putting it on vertical mode , zoom pinch still only horizontal zooming
It doesnt matter if you pinch horizontal, vertical or diagonal it always zooms horizontally.

Which is odd… im on a tab s7 and with the S pan,the zoom slider is doable but it totally destroys the workflow.
But i cant imagine how hineous it is on regular phonescreen sizes because the slider is pretty small and the sensitivity is pretty high.

Pinch zoom should work as its modern day standard:

But imo i see more elements that have to be operated in such manner that it feels like cubasis was designed by/for [keybord and] mouse users. I hope they streamline it to a more touchscreen workflow.

Absolutely.
These are devices where pinch to zoom in and out as well as gestural scrolling is the de facto in so much.
Workflow is so important, and I agree there’s elements of the cubasis interface that act like they aren’t written for a touchscreen device and the elegance of flow is lost.

It’s not only the piano-roll that suffers from pinch-zoom issues…
…same goes for the arranger (the vertical pinch-zoom has, for a lack of better word ‘interesting’ behavior).