I struggle making custom note heads. Would it be possible to make a video about it?

(Also, I think it would be a good idea to have an already made preset for note heads with the scale inside them as it would be pretty useful for those who learnt using the Nashville Number System. And also an other preset with note head with Do Ré Mi Fa Sol La Si instead of C, D, E, F, G, A, B as it’s what is mostly used in francophone schools, instead of letters)

Welcome to the forum @Jean-Sebastien_Leves - I’m guessing you’ve already come across these, but there are some note name notehead sets already available.

There’s a set of walkthrough steps for creating a custom notehead set here - hopefully they’re of use. There’s also this video (the look of the dialogs have changed as the app has developed, but the underlying functionality should be the same) - 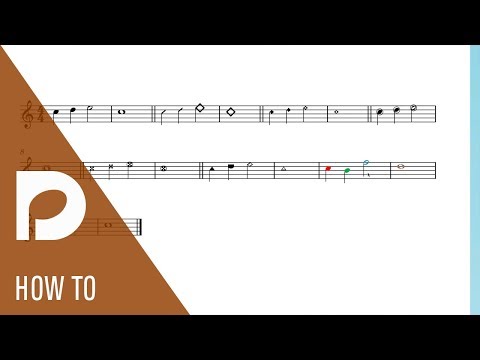 I’ve seen those indeed.
But they don’t have “do re mi” inside of them, nor “1, 2, 3”.
It’s very similar to what I’m looking for so I get a feeling it would be pretty easy to implement in a new version of Dorico.

This is not to say the Development Team should not implement it when they have time, if they think it will be a valuable addition, just that implementing it is unlikely to be quick and easy.

It should be possible to do, provided you have suitable notehead glyphs available. If you go to Engrave > Notehead Sets and choose the Scale Degree category from the list in the top-left corner, then you’ll see roughly how it works: you can create a new notehead set with seven notehead types, with each one set to the desired scale degree.