Jürg, I am interested in seeing examples where publishers have chosen to align tempos with the first beat of the bar when a time signature is present

Daniel, obviously the language problem got in the way again here, for which I apologise. Because I don’t have any of these examples (alignment to the first note). I was in fact at my problem and that concerned the left-justified alignment to the frame margin. Besides; aligning to the first beat doesn’t seem quite so difficult to me. I would just set the x-factor globally to about 5 and the result is pretty good.
I find it remarkable how precisely you responded to my request. And I really want to thank you for that. Your answer gives me confidence that even those small things will be taken care off in Dorico’s high standards. Even if you can’t make any predictions, I certainly hope that it won’t take another 3 years …

Jürg, I am interested in seeing examples where publishers have chosen to align tempos with the first beat of the bar when a time signature is present – ideally examples from before the age of computer engraving so that we can eliminate faults or limitations in the operation of the software from consideration.

I think aligning with the meter (the way Dorico does) is fairly universal now, but it certainly wasn’t historically that consistent. Here’s an example from a collection of Haydn string quartets where it is aligned just inside the system. (with the clef?) 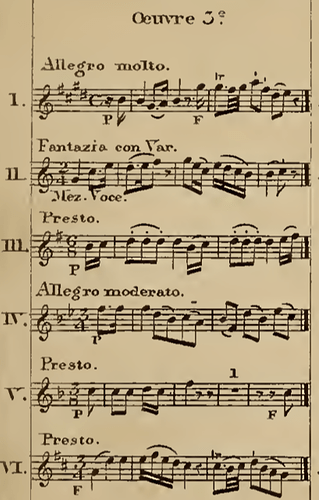 Of course when the tempo was also the movement title, you often saw it presented like this:

I’m not saying any of this is worth the development time (I always align with meter), but since you asked for examples, historically there have been other accepted locations for tempo indications.

Since the first example above is an index to the volume, with a different key sig on each line, it makes sense that they would align the tempos with the clef instead, for consistency.

I think what these older examples have in common with the 20th century ones is the desire to present the initial tempo more as a heading than an inline marking.