Different tunings than A=440

I would like to know if it is possible to change the tuning of A to say 432 or 415Hz. In the tuning systems dialog it seems the A is always fixed to 440, and there’s no way to change that. I’m interested in changing the tuning in the middle of a flow, the way Jacob Collier does, for instance.
The only workarounds that come into my mind are:

You can change the tuning (the frequency of A4) on the playback option dialog’s tuning page.

Thank you for your response, András

What I’m looking for actually is a way to change it within the score. Jacob Collier has an example of this here (at the rehearsal mark H) 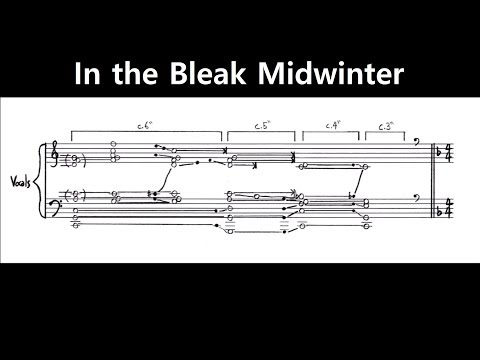 I think being able to change the playback tuning in the middle of the score, but I guess that’s not possible at the moment in Dorico.

I am also quite interested in being able to change the tuning (frequency of A4) throughout the pieces I write!

I’ve been writing mostly in just intonation, but have been discouraged from writing anything with a comma pump, because each new cycle through the chord progression requires an entirely new suite of accidentals.

I realize a few years have passed since you posted about this. By any chance have you found a solution? I would be interested for my own writing as well!

Hi @lukehafermann,
That was a piece I ended up not writing, so I didn’t dive into this.
The best way I can think of to achieve this is to use the Pitch Bend lane in Dorico. You might have to do some calculations in order to get the correct Hz value for A, though. This thread could be useful:

How does pitch bend work in 3.5? Dorico

I’ve sought documentation, no luck so far. Previously, the Pitch Bend controller was ranged -100 to 100, intuitively as a directional percentage of the maximum count of semitones to which the VST was set. So, if I wanted bend, say, three semitones, I would calculate 3 ÷ [maximum VST semitone bends], then plot a point at that percentage. This worked perfectly. Now, though, the Pitch Bend lane (as opposed to the new, additional “MIDI Pitch Bend” controller) has apparently been set to a two-oct…

Another solution I can think of is to use a VST which has a tuning parameter that can be changed via CC (and for that it might have to be a VST with a Learn function).
Let us know if any of these solutions works!

At least with HALion Sonic SE, you can specify the pitch of A440 via the Tuning page of Playback Options.

Thank you @lucas_r_r , I’ll learn some more about Pitch Bends!

Edit, 1 hour later: Pitch bends are awesome!! This is just what I need! Thank you for the tip. Cheers and good luck on your music

Thank you for the response @dspreadbury, but I am looking for a way to specify different tunings within the same piece, every few measures, following a comma pump. Here’s a great example!

Using the Tuning page to specify tuning forces the change to be made across the entire song, unfortunately.