So, I have finally committed to do my first large project with Dorico instead Finale. It’s counterpoint music, fugues, etc. The note spacing in Dorico is so much better for that stuff.

So far I had only done lead sheets and not measured anything. This new project is being assembled from PDF exports in InDesign. For the first time I noticed that all the margins of the PDF exported from Dorico are .75" instead of 0.5". In the layout editor of Dorico the margins look fine.

I checked various settings in Dorico that “seem” to relate to margins but nothing seems to do anything. I noticed that the print/page setup dialog was set to “A4”. But switching to US Letter didn’t help.

Then I measured some of the printouts from earlier lead sheets and noticed that the margins also are .75". That’s why the printouts look quite a bit smaller. So there might be some scaling involved. But I checked and it’s set to print at 100%.

No matter what I have tried I can’t get rid if this extra margin padding which would unfortunately require going back to Finale (no!)

What am I overlooking?

What version of Dorico? What OS?

Can you share a sample Dorico file? I can try exporting it as PDF and see what I get.

I’ve just triple-checked this at my end. I’m pretty sure that this is your problem, and your solution: 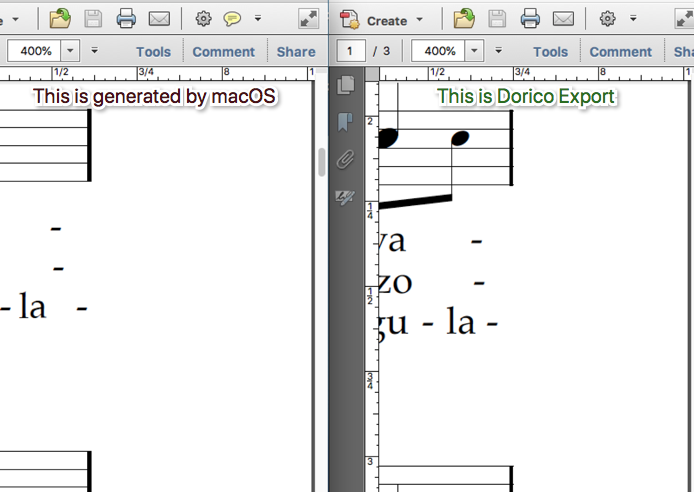 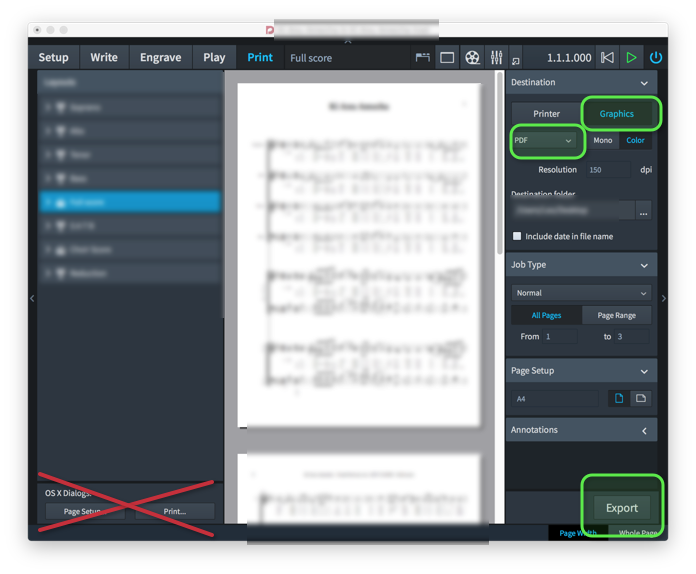 Ok. Thanks. I see what you mean. I have been using the print button on the left button to print hardcopy and export PDF. Doing it through the actual print dialog gets rid of the problem.

If I recall correctly I started using the “wrong” print button for PDF because I can tell Dorico where to export my PDF to and what name use for it.

You can set the Destination Folder on the right hand side (blurred on the above image). I like that Dorico remembers the filepath for each project separately, rather than relying on the OS, which might just choose the last used location.
I think there is an option for specifying the format of the filename somewhere, but I can’t think where atm.

I just saw saw the destination folder requester after my last post. Thanks.

This issue with PDFs produced via the macOS system dialogs having enlarged margins is nothing specific to Dorico, and nothing new. You might find this blog post from John Hinchey (from 2010!) helpful.