When playing doted notes that pass over a bar line, it is not played when a repetition is used. It is played normally the first time.

Steps to reproduce:
Create a new project and make something where a dotted note passes over a bar line, and repeats.

Don’t know if this is specific for the instrument, but i used violin.
I tested different durations and time signatures, and they all didn’t play on repetition so long as some part of the dotted note passed over the bar line.

Could you maybe provide a short exemplary project?

If I understand correctly, the OP is describing a situation in which a note is tied into a bar that is then the source bar for a repeat region (%). Given the tied-in note starts in the bar before, it is to be expected that it won’t play back (in Dorico) in subsequent repeat bars.

I suppose one could work around it by using an l.v. tie rather than a real tied note, but you’d then get a repeated attack at the start of the source bar. 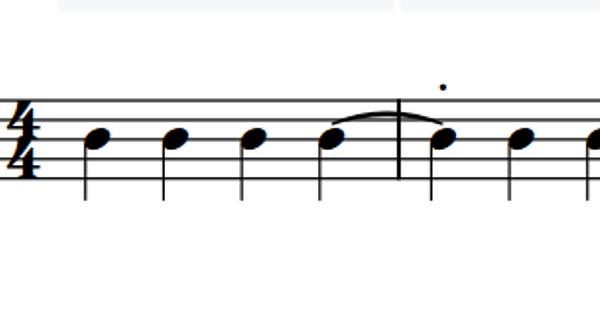 The doted note over the bar line will not be played on the second play through.

Oh i think it’s because you’re new to the forum. (Welcome, by the way!)

Your note will not play because, well, it’s tied to the previous one.
For Dorico, it’s therefore one note, and the articulation doesn’t change it.
What sound do you exactly expect?

By the way, I think it’s easier to refer to it as a staccato dot, as a dotted note usually refers to the rhythm dot prolonging the note by half its value.

If you want it rearticulated maybe use a slur instead of a tie?

Thank you for the welcome! Right, staccato. That was it.
Perhaps we are talking past each other, but I’ll try once more. 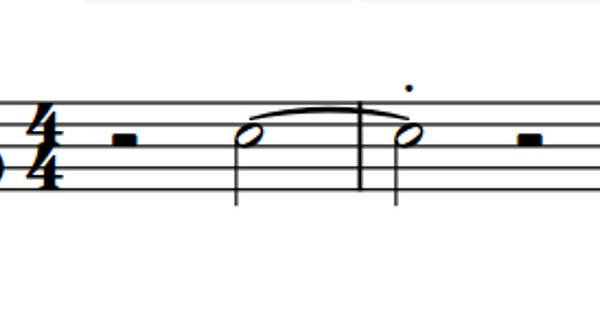 I tried to upload a file, but that wasn’t allowed for me either.

Did you zip your Dorico file before you uploaded? If not, try that.

Did you zip your Dorico file before you uploaded? If not, try that.

No luck.
It is because I am a new user. But it is very fast to create your own project and just make what is in the picture. If the problem is only on my end, then everything is fine. I don’t need this fixed.

So I’m not able to reproduce OP’s results exactly as they describe them, but I am definitely getting something very similar (or even potentially the same depending on how loud OP has their volume set) given the same circumstances. Project attached; the problem exists in both Noteperformer and Halion, but I’ve used Halion in the attached version.

It clearly has something to do with the fact that under the hood Dorico treats all tied notes as single events. This is all well and good for many things, but sometimes Dorico actually does need to treat multiple tied notes of various values as multiple tied notes of various values. This is the case with notes tied to staccato notes. In such a case, Dorico needs to recognize “Oh, two quarters tied to each other, the second of which has a staccato, should not be interpreted as a staccato half note. I need to play the first quarter full and then release the second one early.”

So here’s the buggy behavior. On the first playthrough, Dorico does it all correctly. Tied chains ending in staccatos are held the duration of the chain and only the final note value in the chain is cut short. On the second playthrough, however, Dorico forgets all its smart music training and decides that e.g. “No, I’m a sensible computer; that’s not two quarter notes with the second one shortened; that’s really just one half note with a staccato, so I’m gonna play it really short.”

If you set the repeat to play more than two times, the incorrect behavior seems to persist for all subsequent instances. Also, it doesn’t actually need to cross the barline to reproduce the behavior; it just needs to be tied.

Right, that does sound different from what I am experiencing, but clearly, something is up. I was able to recreate your findings and simplify the example needed to produce the bug. I also agree that the problem lies in ties, not the bar lines. 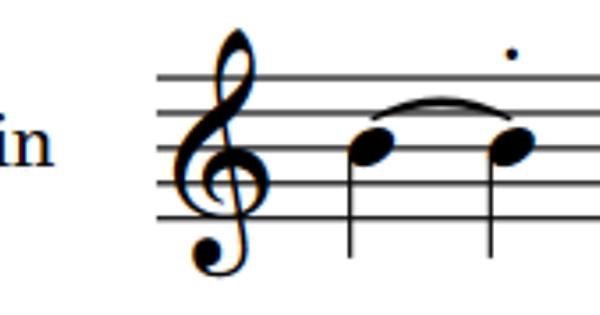 Here i first hear a full staccatoed half note, but on the next repeat only a staccatoed quarternote. Note that I don’t hear the last quarter note, but only the first one. 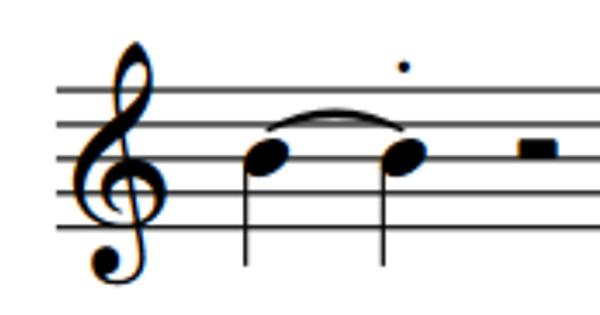 But with a slight pause before the repetition, I hear nothing on the second play through. Although I suspect that this will vary with payback methods, as snakeeyes021 found.