Hello, I am a new user of Dorico (very impressed. So far). I have purchased a version for our Mac, can I also have a copy on my iPad, if so how do I go about it please? Many thanks.

You’re not missing anything; Dorico doesn’t run on iPads.

That being said, as I run it on my macbook air M1 and Apple announced new iPads with M1 chips, I’m quite starting dreaming to be able to run Dorico on new iPads at some point

Even if Dorico would be able to start up on an iPad eventually, I seriously doubt you’d be able to actually use it. Dorico’s UI relies heavily on keyboard shortcuts. It’s not designed for touchscreens. It would require a tremendous effort to optimise it that way. I’d be surprised to see it anytime soon.

Well it’s not designed YET for touchscreens, but how many apps out there are transitionning ?
Lots of apps we wouldn’t have imagined on a touchscreen now exist

Plus, most if not all iPads can be paired to keyboards anyway so that solves the shortcuts issue

If nothing else, I suspect the playback engine would need to be rewritten. As things stand, the audio engine runs as a separate process to Dorico itself; I’m pretty sure iPadOS doesn’t (yet?) handle this sort of multitasking.

MuseScore has purchased StaffPad, but Dorico could bring unique strengths to this tablet-based market with its superior engraving. Who knows what the team has planned? Unless Daniel categorically denies it, I’m waiting and hoping!

Well, personally I would prefer a tablet app which will allow me to write scores, by hand in real-time, directly in Dorico. Something similar to Staffpad, which will allow me to write music when I’m far from the workstation, with NotePerformer sounds and when I’m back it will be able to transfer the project into Dorico (and why not into Cubase, too?!) .
Almost and year ago I even shared the idea about collaboration between Steinberg - Dorico and Staffpad (just like PhotoScore/NotateMe has integration with Sibelius).
After the announce that Staffpad was acquired by Muse Group, I’m wondering why Yamaha/Steinberg didn’t acquire Staffpad first. Surely it is the most successful and innovative mobile scoring app on the market, and the team is smaller than the one behind Dorico.
I doubt that the Russian company - Ultimate Guitar, has better financial status than both Yamaha and Steinberg?!
Muse Score is on the way to become a direct competitor of Dorico in a very short time, especially with Staffpad by their side… Muse Score just needs a Condensing function and better engraving in order to become a standard level software.

But with head of the team like Martin Kaery, and some help from the guys behind Staffpad… It won’t take too much time everything to be added and improved.

Martin became a head of the Muse Score team less than an year ago. Since then Muse Score has serious improvement in the right direction.

But his work will become much more obvious after the release of version 4 of the application.

Let’s see what the Dorico development team do within that “very short time”, and see if MuseScore can catch up

(And as to version 4 of MuseScore, the bits I’ve seen thus far look like, erm, Dorico. I hope Steinberg are calling their lawyers.)

Leo hello,
Well, Steinberg can’t do anything for three reasons…

… and there are positive sides to have free and pro level notation software with DAW functions.

I wonder if Dorico can borrow Kawai’s technology for shorthand music writing. Maybe their colleagues in Hamamatsu can find an agreement. Kawai is underusing that very nice technology, while Dorico could do great things with it. 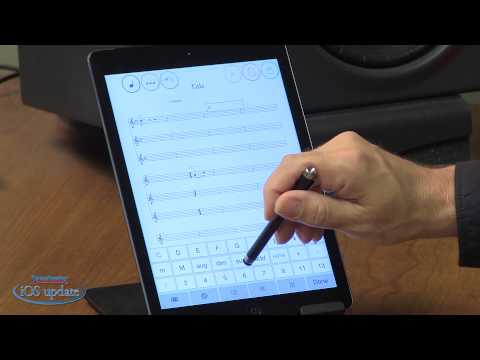 I personally prefer Kawai’s method of writing. Drawing a neuma-like short trait for a single note is much faster than filling a circle. It’s also a more musical gesture, more like cursive writing than block writing.

Muse Score is on the way to become a direct competitor of Dorico in a very short time,

I’m all for competition. Anything that leads to people raising their game is good for everyone. That said, I’m a bit surprised with this statement of yours. The last post from Martin - a month or so ago - suggests to me that Muse will be going through an evolutionary phase for some time to come.