Dorico Template for Performance Samples Pacific Strings - But How?

The release of Performance Samples Pacific Strings by Japer Blunk is all the rage on vi-control and it really does sounds great. Unfortunately it doesn’t use key-switching so you need separate tracks for each articulation (other libraries such as Nashville Strings are like this too). So it got me thinking how could you create a Dorico Template for such a library?

If not, what other options might exist? How can I learn how to create such advanced playback templates? I really wish there were some walkthrough videos (looking at you! @JohnBarron) for these type of advanced techniques as there are so many great VST libraries for which Dorico libraries do not yet exist and which I don’t know how to access. And most importantly, which I would like to be able to mix and match. In the spirit and hope of christmas wishes, lease consider making such a tutorial to lead us hungry users to the Promise Land.

Merry Christmas and Happy Holidays to all!
Exported straight out of Dorico…no DAW or external processing used. 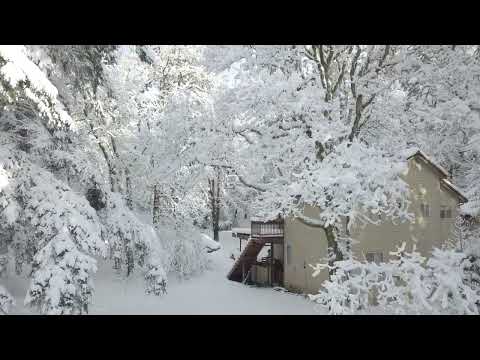 What beautiful snow-covered scenes in your video! And tremendous work on your piece, too, of course.

You can indeed access sounds on multiple channels from a single staff in Dorico: in your expression map, you can define each switch to require a MIDI channel change; probably easiest to start with using an absolute channel change, so you can set e.g. sustains on channel 1, pizzicato on channel 2, col legno on channel 3, tremolando on channel 4, and so on.

Daniel, thank you for both the compliments and the tip on how to handle the making of these tricky maps.

While I’ve learned a lot, there is still a great deal I don’t know yet and I’m anxious to learn. John and Anthony’s tutorial videos have been extremely helpful and have opened up many doors but some of the more advanced techniques on making expression maps are still a bit elusive (such as fine-tuning articulation selections, dynamics and settings). The information might all be out there, but it’s scattered throughout years of videos. It might be good to consider doing a full current re-cap with a step-by-step walkthrough and some examples of the more common issues VST users might encounter. I know there are many of us struggling to achieve the same goals.

Thanks again for the tip (its very helpful to know which road to travel down!) and Merry Christmas to everyone at Dorico and best wishes for a wee bit of a holiday, (but not too long now!) :))