Does anyone have any good ideas about how to create a flow that starts off with one SATB choir, but splits into 2 choirs later on in the Flow (e.g. SATB, SATB)…?

Hiding empty staves is undesirable, as Ive got other flows where I want to preserve empty staves.

You could fudge it with multiple flows, I guess. 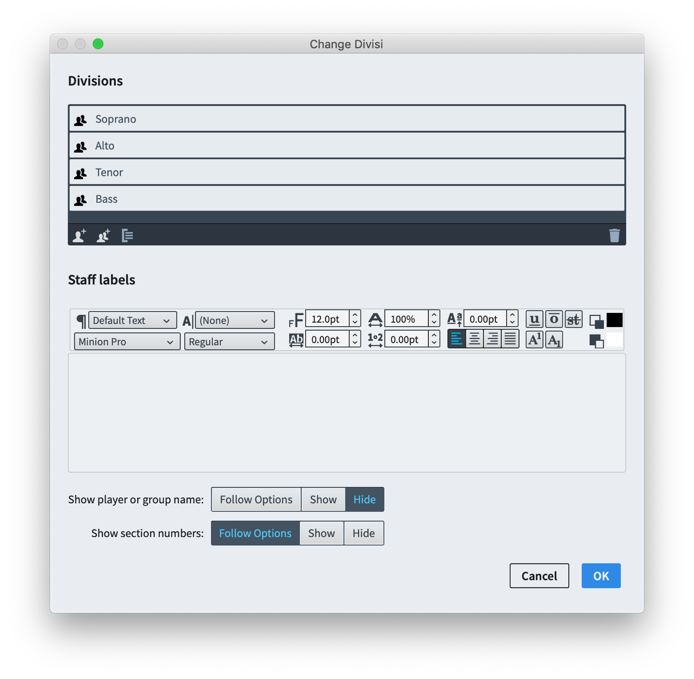 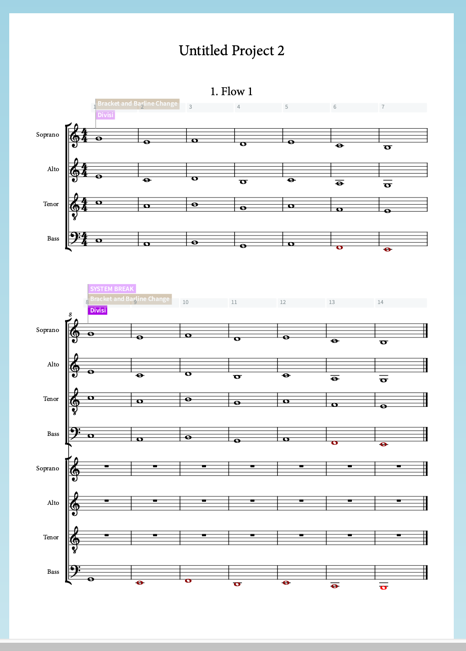 Bear in mind that playback will be horrid.

Bear in mind that playback will be horrid.

And just as well we’ve got the hack of making a Tenor G clef that transposes. It’s a nice idea. I’ll keep it for an emergency.

You could fudge it with multiple flows, I guess.

That’s another option. But I’m using Flows for Section headings, so ‘functional’ flows would have to be hidden.

I think I’m just going to get the notes in and then hope v3 turns up!

It’s a very large choral work I’ve been commissioned to engrave, from the composer’s ms.

If I’ve understood you right, this is fairly straightforward using extra players rather than divisi. Have a look at the attached.

For completeness here are some related thoughts/tweaks. As an old hand, I’m sure these won’t be new to you

I changed the name of Soprano II to " Soprano" [note the added space] so that Choir I sop would have staff label “Soprano” [rather than Soprano I]. Other players similarly.
When Choir II was singing I sometimes had to add shift-X [i.e. invisible text] to a rest in an otherwise empty whole stave to make it show up (Galley View is useful here).
When it changed to two choirs I used shift-X to add “CHOIR 1” and “CHOIR 2” above the respective choirs.

In another flow you could make a further set of extra players if that helped, for example if you wanted two choirs to show throughout the flow with no hidden staves. Obviously set which players you want to show in which flow in Setup Mode.

You could use Solo players for either or both choirs rather than Section players if that gives you other options that you’re after.

Thanks, Chris. Yes, I’d planned to remove ordinal numbers from the players. Turning hiding only for one choir is a nice touch.

If you don’t want automatic player numbering, you can also just put one set of players in their own group - automatic numbering only happens for players of the same type in the same group.