Hey there!
While transcribing a short piano piece (from Ed. Peters), I found that several times it’s used a ‘double’ ossia (kind of an ‘ossia of an ossia’ [?]).
At the moment, I found that Dorico is only able to add one ossia at a time, but will it be possible to add multiple of them (or just two, as in the example) in the future? 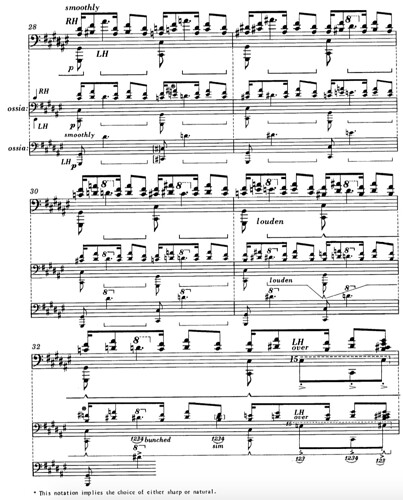 You can add an ossia above and an ossia below. We did discuss making it possible to have multiple ossias on the same side of the staff, but it’s not as simple as you might think.

For this kind of consistent layout, I might be tempted to have three piano players, two of them set to use a smaller staff size, and have them all in the same layout.

Ok! Thanks for the reply, Daniel!