Your playback techniques are all over the place. I suggest you watch one of the videos on setting up expression maps.

If you check your map (hover over the switch name and you will see the playback technique), you have multiple entries pointing to the marcato playback technique. So when Dorico encounters a playing technique that triggers marcato it will get confused.

Can you suggest a video? I entered the info in the expression map with exactly the same settings shown in the KS settings in Opus. Obviously, I’m missing something. Do I need to change the actual names in the map to more closely match what I’m expecting the technique to be? And let the keyswitch (C#0 etc) setting do all the handling between the plugin and the expression map. I just put the same names that the KS instrument was showing.

So, a perfect example of what you’re saying is when I hover over ‘Sus Marc LITE’ is shows ‘Legato’?! I thought I understood expression maps…

Ok, I found the ‘Edit Technique’ button and it’s starting to make more sense. So, in the case of ‘Sus Marc LITE’ where it’s more of a sustained marcato, I don’t see an equivalent in the ‘Playback Technique Combinations’ drop down. So, what do people do in cases such as this? Just pick the closest thing that makes sense?

So, if I’m understanding this whole thing, it sounds like the ‘playback technique combinations’ list is like a cross reference table between the notation marking and the actual key switch?

Okay, after reading up on some of the over 100 violin playing techniques and assigning them appropriately, things are sounding MUCH better. Thank you!!!

By-the-way, is there any rough equivalent to Sustained Marcato in that long list? The closest thing I found was martele, but I’m relatively new to many of the violin playing techniques. Martele sounds okay, but not exactly what I had in mind.

Can you suggest a video? 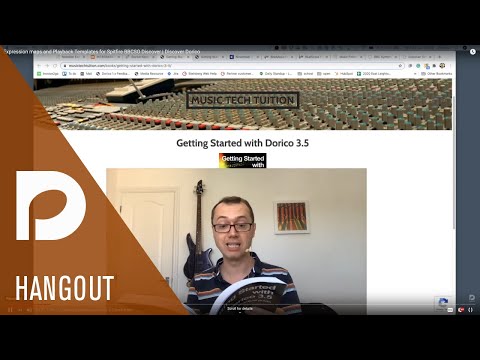 So, in the case of ‘Sus Marc LITE’ … I don’t see an equivalent in the ‘Playback Technique Combinations’ drop down. So, what do people do in cases such as this? Just pick the closest thing that makes sense?

I think you are approaching the problem from the wrong end. Dorico is a notation program, not a DAW. Trying to create an XM that contains every possible patch in your VST will drive you nuts.

Some pointers that others suggested and I found useful…

Thanks for all the help Janus! Yes, I think you’re right about trying to be exact on some of these playing techniques. The techniques I listed are the tip of the iceberg for what Opus offers. There are others you can use, but you have to add them manually in the player.

I discovered you can add your own playing techniques, but then I can’t figure out how to get them to show up when I use SHIFT-P for entering a playing technique over note(s). I did the following:

But the new technique won’t come up in the SHIFT-P dialogue when I start typing: mar…
Any ideas how to get it to show up?

I know Dorico is not a DAW, which is why I bought Studio One Pro, but it would be nice to get as close as possible to the sound I want in Dorico.

Here are some (actually zipped up) expression maps as you asked for. To clarify what I meant, when you use the KS maps, you are stuck with (for better or worse) their choice of legato patch when you hit the keyswitch for legato. When you have legato mapped to a midi channel, then you can have whatever legato patch you want set up in Opus for that channel, and you can change them out as you like for what you are doing. Does that make more sense?

Yes that makes sense. My missing piece was applying the correct technique to the KS techniques.

Ok, after watching Anthony’s excellent video on expression maps, it’s crystal clear the problem I was facing. For example, in the BBCSO library they were very careful to name the techniques so that Dorico could easily match them up with the proper technique. Not so with the EastWest Opus library; their technique names in roughly half the cases were not able to be detected by Dorico, which is why my techniques were “all over the place”. Never again will I assume Dorico will be able to detect the correct technique. But a quick hovering over each technique will, as you correctly pointed out, reveal what Dorico “thinks” the technique is.