I’m using the Export Audio Mixdown to render my .cpr files to both .wav and .mp3 files, which works if I use Cubase’s internal VST like Halcion Sonic SE. However, I want to use the VST sounds of my Roland GP607 keyboard, but having selected the Roland piano as the VST, the resulting rendered .wav and .mp3 files are silent. I had clicked the Realtime Export and activated Monitor on the track to be rendered and the correct sounds could be heard while it was rendering in real time, but not on playback. Do you have any suggestions how to overcome this problem?

Thanks very much. I will check, although it is inputting the correct sounds of the Roland, but not using them in the rendering.

It does record the Roland sounds in the projects.

Thanks very much. I will check, although it is inputting the correct sounds of the Roland, but not using them in the rendering.

This is an older video but is still valid and it describes how to work with external instrument and how to record them. This should get you on the right rack. 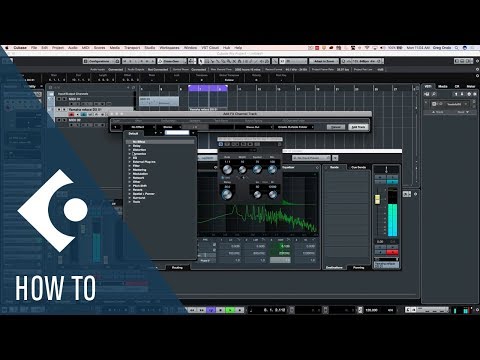 Thanks for that. I’ll watch that in a few minutes. Thanks again for getting back to me so quickly. I’m actually a pianist using Cubase 11 to record my music and to edit it, but don’t profess to be a Cubase wizard, far from it. Cubase is a very good program for experts, but quite complicated for idiots like me !!!

This is an older video but is still valid and it describes how to work with external instrument and how to record them. This should get you on the right rack.

I’ve now watched that video and done what it suggested. The only problem is that my Roland GP607 piano is not listed on the device drop-down list, so I’ve had to use a Roland D-70 as the device. However, having Rendered in Place, it created an audio track called Stereo Out (R), but with no sounds, just straight lines. Any ideas?

I’m still getting the same problem, so I’ll paste three screenshots on this message. Let me know if you need any other screenshots. Many thanks. 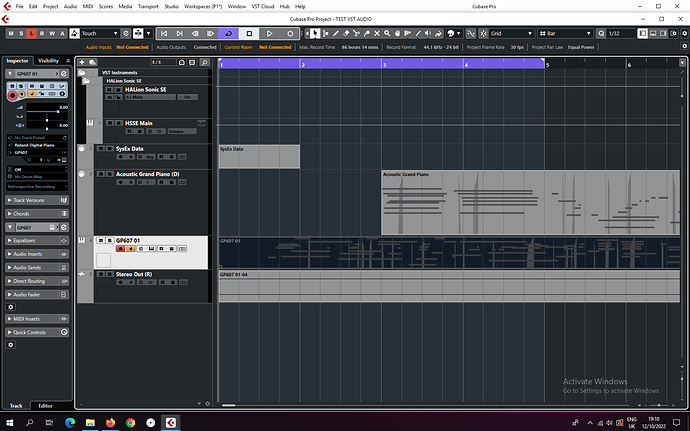 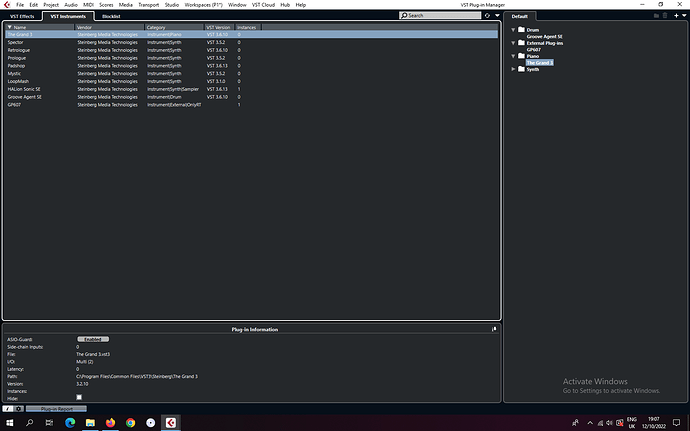 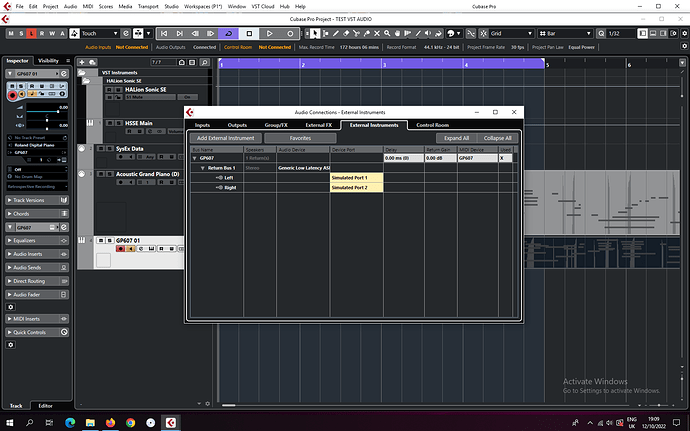 I think the problem may be that you monitor (listen) to the GP607 externally. You need to make sure that you actually have audio coming into Cubase. ‘Simulated port’ doesn’t seem like a real physical port you can record incoming audio from?
A good way to check is if you can see an audio signal on your Stereo Out bus when you play it. 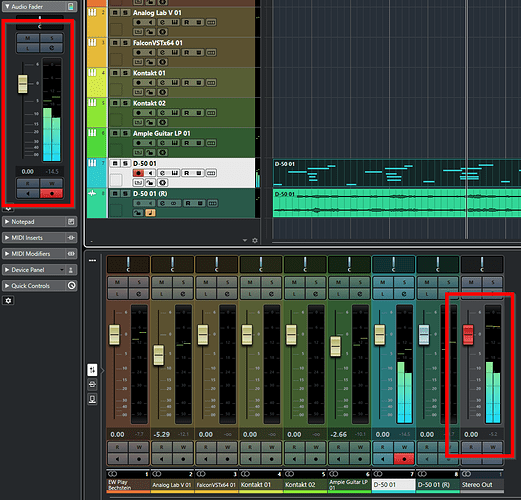 No, I’m not getting an audio signal on the Stereo Out bus. I only get a midi signal in the original track named Acoustic Grand Piano, when I play on the piano keyboard. In the Audio Connection - External Instruments, the Device Port only gives the option of Simulated Ports 1 or 2 and the Audio Device is only Generic Low Latency ASIO Driver. How can I change to different ports if they’re not in the drop-down list? Also could the Audio Device driver be corrupted?
The piano is connect to the computer direct with a USB cable with a square USB plug at the piano end. I do have an PreSonus Audiobox USB interface, which I used to use with my previous Technics digital piano, but I don’t think the sockets are compatible with the GP607 piano, which doesn’t have the 5-pin Midi sockets. Your continued help is very much appreciated.

As a thought, could it be anything to do with Channel numbers?

No, channel numbers have nothing to do with this. You need to download and install the latest audio driver for your PreSonus Audiobox USB. Then choose the asio driver in stead of the generic low latency one. The stereo audio output of your GP607 need to be connected to the instruments inputs 1 and 2 of the Presonus. Then you need to choose these inputs on the Exteral Instruments tab.

Thanks for your suggestions. I downloaded the latest audio driver from PreSonus and connected my Audiobox USB to the audio outputs on my Roland GP607 piano. On the Audio Connections, it has automatically entered the Audiobox ASIO Driver and I’ve selected the Device Ports IN 1 & 2. I’ve just done a test again by recording a few notes on the piano and then Rendering in PLace. It now seems to work and can see and hear the sounds on the rendered Stereo Out (R) track. So, at last that’s working. I can’t tell though if I’m hearing the recorded audio or the audio of the GP607 internal VST, because if I switch off the piano and try to listen on headphones connected either to the Audiobox or the phone socket on my computer, it’s then silent. Perhaps that’s normal, I’m not sure.

What can I do about the many ‘midi’ recordings that I’ve done without audio having been connected, and which I’ve done a lot of editing on them. Is there some way that I can create a new track in the same project and copy or record one track to the other, so that I can then render in place. I ultimately want to do an Export Audio Mixdown to convert the .cpr filed to either (or both) .wav or .mp3 files, so that my edited recordings can be copied onto a USB key or a SD card and played on other equipment. 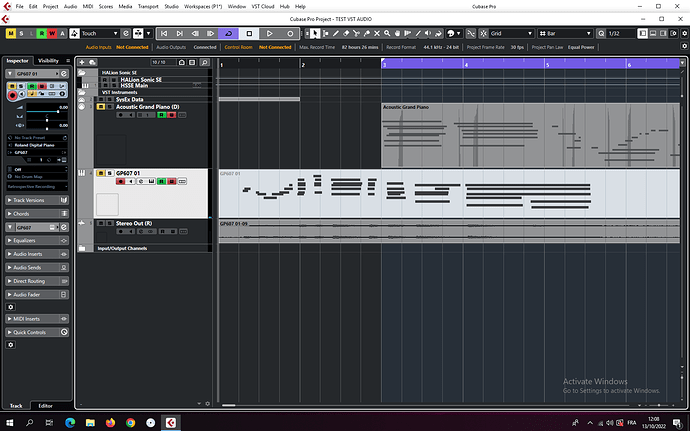 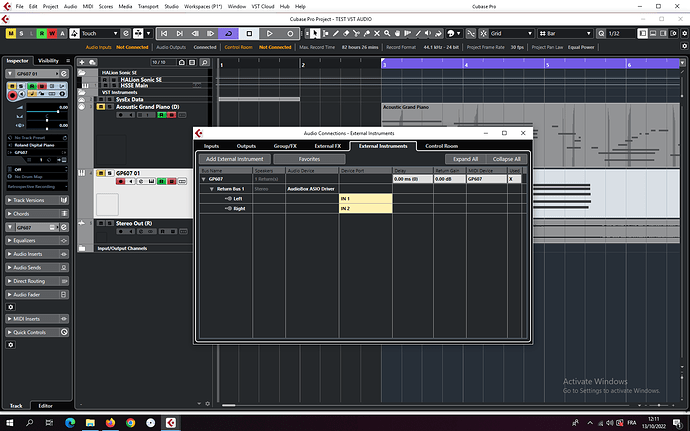 Incidentally, as you appear to be an expert on Cubase, do you in fact work for Steinberg on their support team?

Your MIDI Part appears to be muted (dark when selected, white when not selected).
How did you ever manage to render it ?
For comparisong, your “Acoustic Grand Piano” Part above isn’t muted.

Sorry. I must have done the screenshots after I had experimented playing back to hear if the rendering had worked by muting tracks to hear just one individual track. My mistake. I told you I was an idiot !!!

I’ve now got to try and find out what I can do about my numerous edited recordings, which inadvertently were midi only. How can I add audio to them? If it can’t be done within Cubase 11, is there some way I could import them back into my Roland GP607 piano and either convert them with audio to a .wav or mp3 format within the piano software, or copy them back from the piano into Cubase with audio?