What are everyone’s favourite shortcuts that they use? Are they customised (by editing JSON)? Which key commands have you assigned?

Shortcuts for Duplicate to Staff Above/Below are essential.

I’ve used Shift Alt N and M, some of which might be other things by default, but it fits with the other N M things.

Command E for Select to End of Flow, which I’m always using.

CTRL R for Remove Rest, and CTRL B for Break beam.

TBH, I can’t remember which ones are mine and which are defaults now!

Shift+Alt+X for System Text (or is that a default?)
Shift+E for Expressive Text (paragraph style for italic version of Default Text)
Ctrl+numpad values to change grid (values correspond to note entry values)
Shift+Alt+V for aVoid Collisions (that one’s a json hack)

Numpad 1 to start triplet input (so automatically 3:2) and Numpad 2 to stop. This way my hand doesn’t have to leave the numpad as often during input with a MIDI keyboard.

Alt+Shift+N for X noteheads. JSON hack but don’t think code is shareable as it references a specific user set.

I use two-step shortcuts for all the Filter commands too. Ctrl+F for Filter and then, Q for chord symbols, C for clefs, S for slurs, etc.

Mostly for note input, so much I put them on a 3Dc numpad 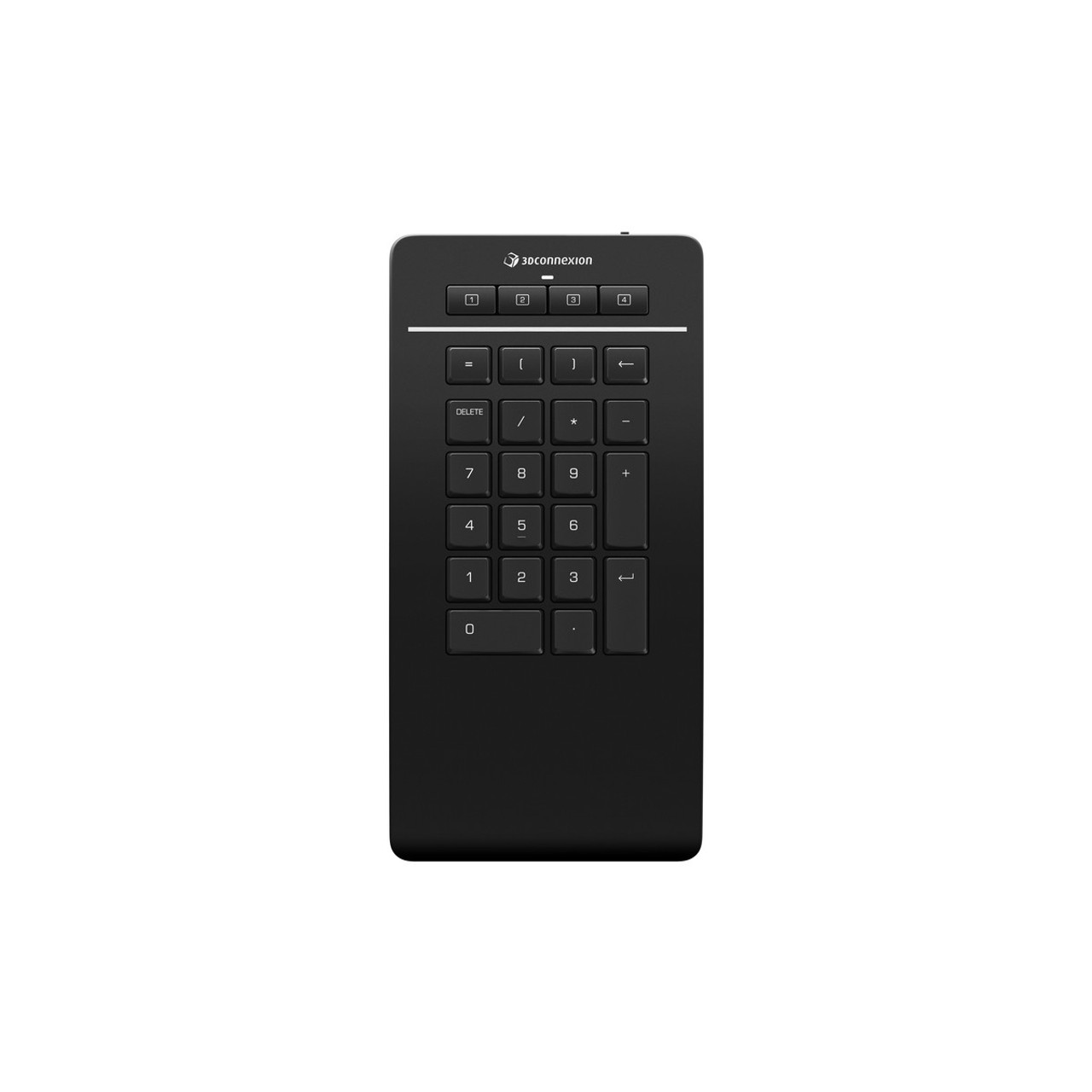 which has the best macro capabilities. The top four are “Esc Q K T” (Esc, Chords, Note before duration and tie), the parenthesis are mapped to slurs, Delete is Undo, the arithmatic functions are mapped to cursor movement (/ more left, * move right, - up + down), period is dotted notes, enter is to enter note entry, and nums are note durations. With this I can keep one hand on the numpad and the other on the piano and enter lines quickly without jumping keyboards.

One problem, could somebody check this for me? I’m trying to map num 0 and 1 to “Decrease/Increase Rhythmic Grid Resolution” but it’s not working, Dorico doesn’t do anything. Do me a favor and set the shortcut and see if it works while in note input.

I’m trying to map num 0 and 1 to “Decrease/Increase Rhythmic Grid Resolution” but it’s not working,

It’s possible that you’ll need to remove the existing shortcut first. If you can’t do it in Preferences/Keycommands you may need to manually remove it with a JSON hack. I can’t remember if this was automatic or manual, but I have this bit in my own keycommands file:

If you can’t do it in Preferences/Keycommands

Thanks, I already removed that, assuming it’s “Stop Playback” in the Play section of the prefs. I cleared out all the pre-existing transport controls they map by default without issue, I’m wondering if the nudge grid duration isn’t working with key commands.

I like the default shortcuts, Alt [ ], because they remind me of Photoshop’s commands for making the brush bigger or smaller.

I’ve mapped Command Shift [ and ] to Go To Previous/Next Flow.

I’m not sure how well known this is, but you can basically assign shortcuts to any Properties command too, even if not supported by Preferences/Keycommands. Under Script, select Start Recording Macro. Do whatever Properties function you want, then hit Stop Recording Macro. In your User Dorico folder, there is a folder called Script Plug-ins. Open the usermacro.lua file inside and it will contain the code for the Properties function you just recorded.

You’ll have to then manually add it to your user keycommands file. Just match the syntax of the other commands in there and add your shortcut. (Back up your file first obviously.) If there are specific Properties functions you find yourself using often, this can be a way to assign a shortcut even if not officially supported.

Since I only use a MIDI keyboard for note entry, letters are free–my shortcuts have little logic but they work for me.
a–transpose, b-beam together, c- cut beam, d-show hub, e-remove rests, g-show voice colors, h-hide voice colors.
Control s - save as new version
control z- show/hide signposts.
I have a bunch of filter commands such as control f and u (for up voice) d (down voice), l (lyrics) etc…

TBH, I can’t remember which ones are mine and which are defaults now!

If I recall correctly, Dorico has default key commands for Filter Top Note/Filter Voice etc but I changed them to match Sibelius (which I was still using a lot).

I find it intriguing that so many have listed Duplicate to staff above/below when I almost never use this.

I use Group/ungroup frequently too.

The triplet hack that @FredGUnn also uses has been very helpful in the past for me.

It’s easy enough to check out your keycommands_en.json file, which lists all the shortcuts you’ve added as well as the default ones you’ve deleted.

Being honest, I forgot that Remove Rests wasn’t a factory shortcut. As I use a lot of Slash Voice stuff, I use that one all the time.

I use ` for Hide Signposts as it’s the upper left corner of a US keyboard, and easy to hit without looking. “Hide” Signposts is actually mislabeled as the functionality is really “Toggle Signpost Visibility.”

Per someone’s suggestion on the forum, I use a lot of filter shortcuts via edits to the keycommands file: filter slurs, filter all dynamics, filter playing techniques, etc. I find shortcuts to filter upstem or downstem voices to be very useful when orchestrating from short score to full score. I also created a shortcut to move to upstem voice 1 as a quicker alternative to removing rests, since it allows selecting entire measures of music (all voices) rather than having to select only the bar rests in long stretches.

A little off-topic, but I recently started using Touch Portal with my iPad and I find it very useful for adding things like common playing techniques and dynamics. But where it has REALLY helped me is with entering tuplets: I created “buttons” that select a note value in note entry mode, then activate a common tuplet ratio (6:4 or whatever), then arrow right, then left (or use the semicolon). This puts the tuplet in place, but instantly turns it off so that I only get ONE tuplet grouping at a time. It doesn’t help with less common (for my music anyway) tuplets like 7:4, but it helps a lot with simple ratios.

I’ve not used macros within Dorico yet, so I’m not sure if the above can be contained within a single macro and assigned to a single keyboard shortcut, but perhaps I should dig into it.