It is still planned, but I can’t make any promises at this stage.

Just finished two scores - first comment I received was how good they looked. I would have liked the first comment to be about the content, but hey, at least Dorico is making me look good!

Elaine Gould uses circle-based symbols both for harmonics and thumbs. Some editions use the circle as the indicator of open strings as well, but to me that looks wrong. It depends on the edition whether the thumb symbol is represented by a circle with a stroke (may be more modern, see Gould) or a zero with a stroke (may be more traditional). Because the thumb is a finger, I prefer the tailed zero. It makes the fingerings typographically similar and easier to read as such. Maybe it should be a stylistic preference? 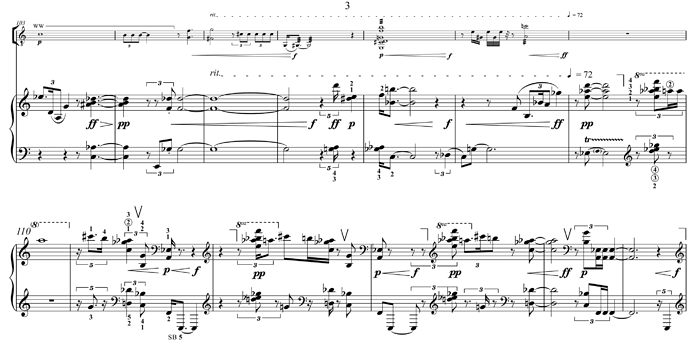 Right. Sticking is part of drumset notation - I’m guessing you’ll have it included there Daniel, when you get to implementing this, yes…?
http://web.mit.edu/merolish/Public/drums.pdf (scroll to last page for example - all mostly adhering to Norman Weinberg’s Guide To Standardized Drumset Notation).

I hope we will be able to implement a dedicated tool for sticking indications when as part of the work we are doing on unpitched percussion notation, but I cannot 100% guarantee it (software development is hard, priorities change, unexpected situations arise, etc.).

Can you tell me a little more about your requirements for alternative fingerings, so I can understand better exactly what you need?

A decent example I use regularly is the Yampolsky scale book: Amazon.com

Incidentally, I have been using text (shift-X) for fingerings until the popover is released (naturally) and encountered a bug. When I am putting in 2 text elements on the same note (2 fingerings, 1 for each note of a chord), I can position them exactly in engrave, but the print preview does not appear to “remember” the engraving changes. This is due to attempting to copy/paste the thumb font from bravura https://w3c.github.io/smufl/gitbook/tables/string-techniques.html U+E624 and make it large enough to match the other numbers. This requires a 33pt font, while the numbers are 11.5pt, so the hidden space is apparently gumming up the works. Is there a better place to report this bug?