"Fingerings inside the staff" not working 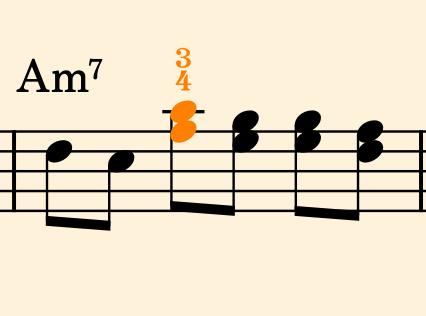 I used to do this often. Now it doesn’t seem to work. I can’t get the fingerings to show next to the notes, only above the notes. I used to just have to unclick “Allow left-hand fingerings…”
What should I do?

a) Is your screenshot of a fretted instrument?

Disabling the option allows fingerings inside the staff. At least it did last time I tried it. This time I tried it both ways, and it didn’t do anything but keep the fingerings outside the staff above the notes.
The screenshot is of a fretted instrument–a guitar. I have tried it both ways. Before now I have had to uncheck the box to get it to work.

Weird. One project I did a while ago works as expected. The one I did this time doesn’t. Maybe I should send you my current project?

Have you checked whether these specific fingerings have local property overrides?

I see what happened. I renamed the part, and it might have come from an XML too. (I’m flying through this stuff in small bits making 1-page parts from various and sundry sources.)
Is there any way to ascertain what was the name of the part before I renamed it?

The Edit Instrument Names dialog allows you to change the content and formatting of each instrument’s names, which are used in staff labels and instrument change labels shown above the staff. You can edit both singular/plural full instrument names...

I have another question.
How come the circled fingerings don’t appear circled anymore when they are in the staff?
You can do it manually but then Dorico considers that they are still on top and this sometimes causes problems for staff spacing

At the moment, fingerings with circular and underline enclosures can only be drawn outside the staff.