I am happy with Dorico, but I have a big problem with november font !

I buy November 2.1 SMluf font, but when I switch from bravura to november 2, a lot of bravura glyphs can’t be used and appears like squares.

It is very sad, because I like much better november design, but I also need some glyph from bravura for playing techniques…

Is there a solution ? It would be great ! I miss november font… 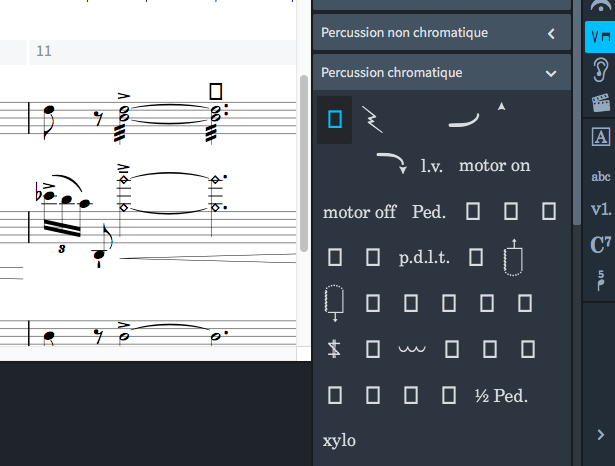 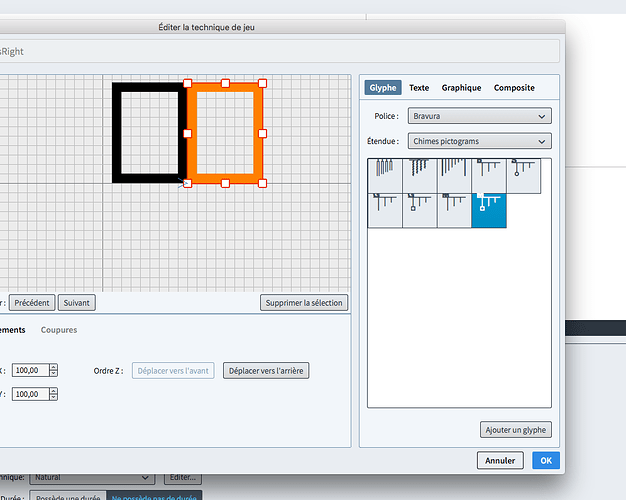 Hi Leamy!
If you’re on Facebook, I’d love to welcome you in our Francophone group

Robert Piéchaud too ^^
Make sure you have the last November 2 version, but I’m afraid the glyphs you’re looking for are quite spectialized, and you’d better ask R. Piéchaud to add those glyphs to his beautiful font.

Yes thanks you marc, I am already in this group

I am sure that I have the latest November 2 version. It just that when I want to use some bravura glyph witch are not in November for playing techniques, something get wrong and I have those squares…

When you see that square (the “not defined” glyph), it’s not a problem with Dorico, it’s the software telling you that the glyph you want isn’t in the font. So, the only remedy is to have Robert P. add them and send you an updated font (or just use Bravura’s glyphs).

For what I understand, Leamy has tried to input the Bravura glyphs but with no luck… I’m wondering why it has not worked for him·her…

I am not very sure that I well understand what you write. I believe I could use some glyphs from bravura in the playing technique editor, even if my general smulf police is november, couldn’t I ?

Now it dont work, when I want to use one single glyph from bravura, I have to be make bravura my general music font, or i have a sad square for a lot of needed glyphs…

Leamy, in the Playing Techniques dialog, you should be able to choose ‘Bravura’ in the list of fonts on the right-hand side when choosing the glyphs to add to your playing techniques. What happens when you try to do that?

It is quite weird : when I do that, i can see all the glyph in the panels, but when I choose them, some of those (maybe half of those) became squares… (See my second picture)

I suspect the issue is that the playing technique ends up using the default music font style, which is set to November, and it’s only really setting the glyph rather than actually the font style. That’s going to be tricky for us to resolve.

The workaround you can use is to switch to the ‘Text’ page on the right-hand side and choose the ‘Bravura’ font style from the list, then paste in the appropriate character from the relevant page on the SMuFL web site, e.g. here.

Can anyone confirm what is the latest version of this font. Assuming it’s 2.10

I don’t think there’s been an update since 2.1.0. I’ve got it, and I haven’t heard differently.

Thank you for your answer and the workaround Dabiel. Unfortunately, the problem is extended to the dynamics, were some glyphes are missing, it is very annoying

Leamy, the November 2 font doesn’t contain all the glyphs that Bravura does, but my installation seems to have more than your installation! Maybe try reinstalling the font…

Yes, it seems to, you are lucky! Do you have the same issues with playing techniques?

I’ve just experimented - yes, I have exactly the same problems as you with Playing Techniques, but the workaround that Daniel’s given works.
As I understand it, in general this is a Robert Piéchaud problem, not a Steinberg problem.