Maybe is a very stupid question, but I can’t figure out how to force a cross staff beam position in between the staves.
Most of the times it appears like that automatically, just using M/N keys.
But in some cases, it’s not appearing like that and I can only force the position up or down with “F”, maybe there are some functions that I don’t know about?
Here an example: 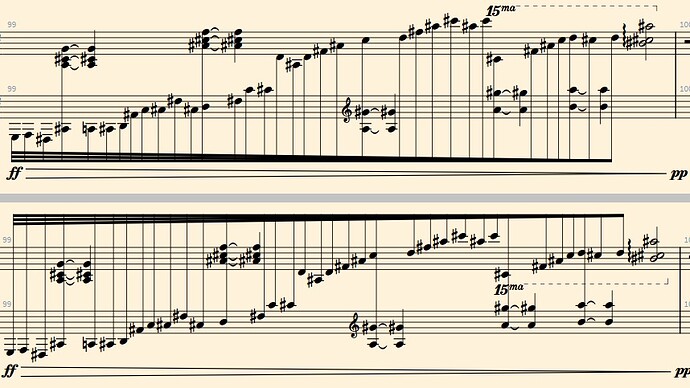 You could try “reset to original staff” first.

You can center beams between the notes in the beamed group. You can do this for the current layout and frame chain only or for all layouts and frame chains.

The problem is the situations where notes simultaneously sound on both staves, e.g. 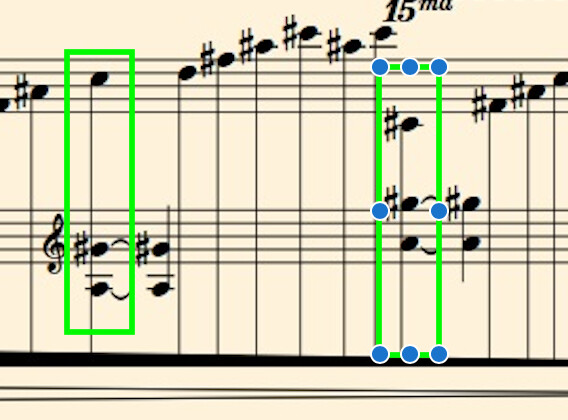 Dorico isn’t currently capable of putting a beam in between the staves where these sorts of chords occur.

You can either put one rhythmically after the other and then move backwards with manual note spacing, or somebody’s previously described a hack involving noteheads with “wrong” attachment points that I’ve never really succeeded with.

Yes, I noticed there are some issue doing this, anyway the problem still exist in other examples were there are no chords like that. 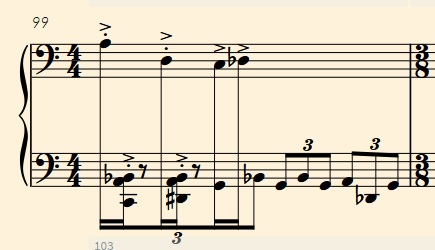 The 3rd cross-staff chord has notes on both staves, which would require a central beam with both up- and down-stems coming off it. That’s not possible in Dorico, I’m afraid.

No, Dorico doesn’t currently have the capability to show a single stem at the same rhythmic position on both sides of a centred beam.

And neither “force centered beam” or “reset to original staff” seem to have any effect on the score.
I dont know why…

You’ll need to attach the project, or at least an excerpt from it, for us to be able to offer any more substantial help, I fear.

Ah ok sorry, I get the point.
So… Is time to do some manual work here!
Thanks everybody