Hi, big fan of Dorico here, so don’t take this as whining.
I’m aware that tons of Dorico users have been requesting a functional glissando/portamento playback for several years now. It’s a bummer that this still isn’t implemented in some way, and that after spending lots of money on Dorico and custom sample libraries, etc., this still cannot be done. (Naturally, this would be not only useful, but critical, for composers/arrangers of nearly every type of notated music - string glissandi, for example, are used in virtually all styles of music and all eras.)

I’m aware that currently no matter what, the Dorico glissando “playback”, if it can be called that, merely steps up the chromatic scale, equally divided along the note duration. I’m wondering if there is a workaround. I have tried, for example, changing the tonality of a current project to a tonality with the semitone divided into many steps, but this doesn’t seem to affect playback at all.

Is there some workaround somebody’s found that might get closer to approximating the sound of a real string glissando? Thank you.

It is very slow and tedious, but you can get a glissando by manually automating midi pitch bend -control lane (at least with note performer)

Hi, thanks so much for your feedback. Even if it’s slow - I have a project in which very slow glissandi are an important part.
Would you please walk me through how to do this? A quick google search doesn’t reveal anything immediately.

It depends if you are using note performer or some other kontakt vst? Or halion sounds?

With note performer, you simply draw automation to the midi pitch bend lane.

With kontakt, you try to ”midi learn” the tuning knob and automate that (that is more complicated)

Here is another tip to approach it:

Currently, gliss playback is limited to stepping by semitones. However, I have found a way to smooth things out, depending on your sample library. Create a Playing Technique that triggers the Playback Technique “Glissando Up” and “Glissando Down”. [image] In your Expression Map, create a Base for Glissando Up / Down. Add CC20 (Portamento), with some suitable value. 80 worked for me. (You may need to turn on Legato controls, too.) [image] Then use an actual gliss in conjunction with your …

Hi, thanks again. I am using Note Performer in Dorico 4, but where is the midi pitch bend lane? Opening the midi track in Play only shows “Automation and CC” under which there is Velocity and a bunch of CC numbers. I don’t see ‘pitch bend’ anywhere.

Hi, I don’t see any way to ‘draw automation to the midi pitch bend lane’ in Write mode.

Do you mean in Play mode? Even so, I don’t see any midi pitch bend lane. Could you please tell me exactly where it is in Dorico 4? Thanks.

Here are some examples of how I did it earlier. It can be a good idea to supress playback of some of the notes and extend the playback duration of earlier notes: 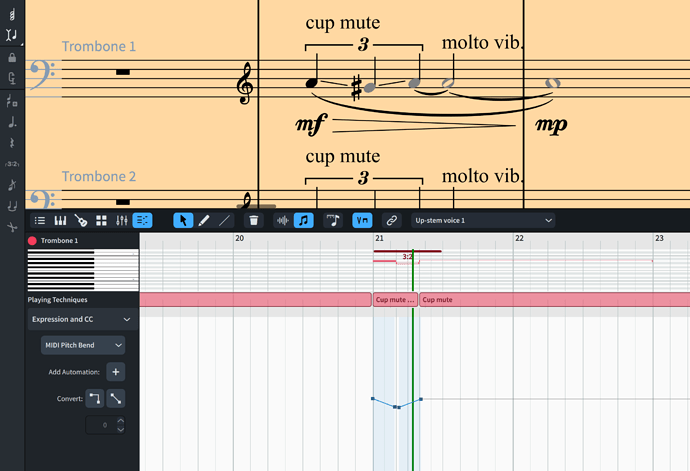 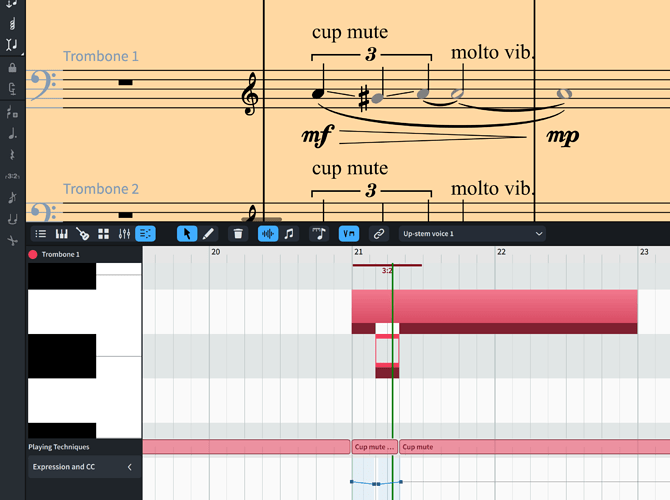 Hi, here’s what I see. Weirdly, I don’t see the option “Expression and CC” where you do. All I see is “Automation and CC”. What am I doing wrong? 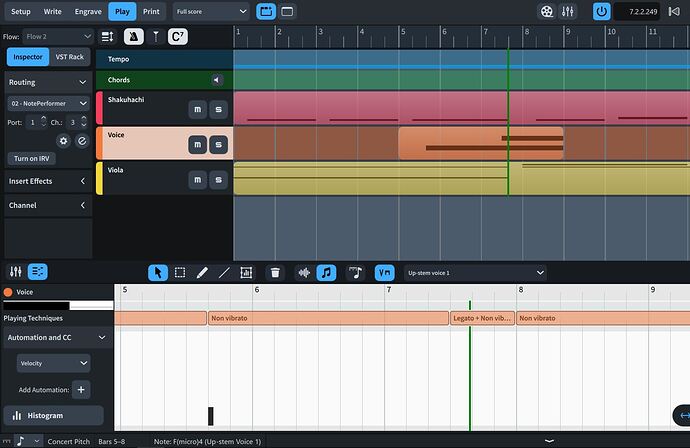 You have to click ”velocity” and select it from there

I found this thread: sorry, but what the hell? Is it true that they actually removed this functionality in Dorico 4? What is happening here?

Dorico 4: Was Pitch Bend removed from the automation lane? Dorico

Was Pitch Bend removed from the automation lane? I used to use this to simulate wide and slow vibrato. If you have an idea how I can achieve that without the pitch bend that’s welcome as well

Perhaps you could make sure that you have the latest version of dorico 4?

At least I could find midi pitch bend there, only difference was that I did it in write mode

@NikolaiRoslavets, you’re not up to date. Download and install Dorico 4.0.31 from here:

Hello everyone. An update has returned the midi pitch lane functionality. What a frustrating road to get here… Thank you.