Good time of day. I am writing to you hoping for help because I don’t know who else to turn to. There is a problem with the library license in Halion Sonic SE 3.
I have Cubase Artist 12, I downloaded the Demo project “By Austin Hull” from Download assistant in the Cubase Pro 12 section. I opened it to look at it out of professional interest, but after that my library in Halion Sonic, which is called Halion Sonic SE Pro, stopped working. Writes that the license was not found. Maybe you can tell me how to solve this problem? 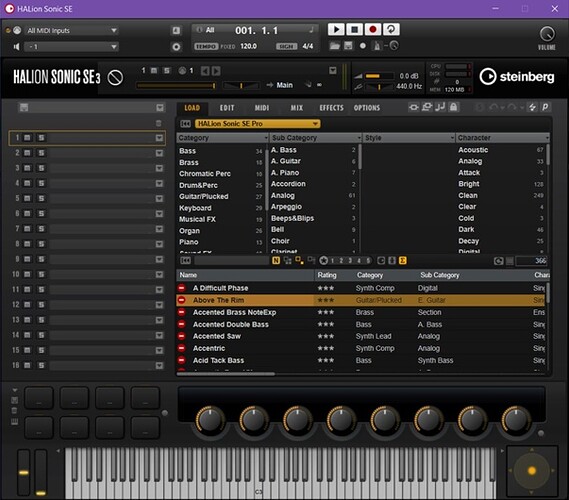 I suppose this is because you are Running Halion Sonic SE, and it does not include the “Pro” presets.

I mean, are you certain they worked previously?

Yes, this library has worked before. It is loaded with all the other libraries for Helion Sonic 3 SE for Cubase Artist 12

The red symbol with the white line through it in the presets does indeed mean you’re attempting to load content that you’re not currently licensed for. My guess is that you accidentally installed the HALion Sonic SE Content from Cubase Pro 12 in the Download Assistant instead of from Cubase Artist 12.

weird stuff. please get in touch with steinberg and let them know what all you’ve tried. if you ever get an answer i’d love to hear what the solution was.

As someone mentioned above, Halion Sonic SE Pro is not licensed for Cubase Artist

Same problem with my Cubase 12 pro, Followed carefully the suggested steps, yet installer stops me with “no authorisation” sign…):