How to record directly into a sampler plugin

I want to record my own audio into a sampler track using a plugin such as TX16WX or Cyclone. So far I’ve been unable to get any audio from my UR22 interface into it. How do I set up the plugin track’s in/out etc.? I have no trouble recording audio straight into a Cubase audio track.

I suspect this won’t work in Cubase if it is run as an instrument, maybe if it was an fx on an audio track. I am not 100% sure but I somehow think I remember this being discussed in the past. Someone told me that it works in Reaper, but not Live and Cubase

Why is Cubase so limited in its ability to perform the simpler functions? I posted a thread recently because I couldn’t make Cubase record my laptop’s own audio - even though Audacity, free, open source, makes it as easy as falling off a log. Likewise with recording directly into a sampler plugin (which I note isn’t even a function on Cubase’s own sampler track).

It seems to be expected that we record on a track (or in another application), export it to a file then import that file into a Cubase sampler plugin which can much more simply just allow us to record while the rest of the tracks are playing. That’s what I want to do. Why can’t I?

The sampler track records MIDI which you can use to control any audio that you drop in the Sample Control zone. Basically they went for the trade-off of a little more trouble on the front end to give you a little more power and options on the back-end. 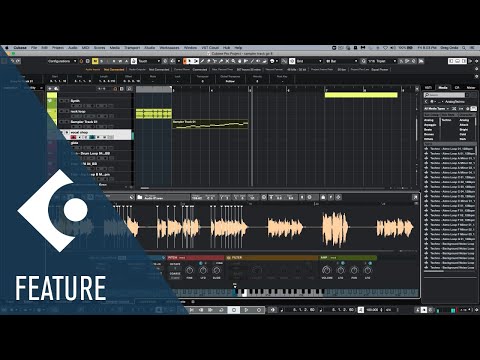 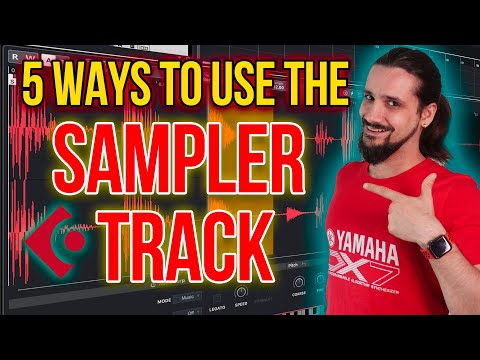 Everyone gets that the Track itself is like an instrument and that it will record midi. What people want to be able to do is record the sample itself, like recording a tape loop. Old Samplers back in the day were able to do this. That’s what “Sampler” meant. You recorded directly into the sample. Before the Mirage it was to tape. That way you could use the sampler like a looper is used today, and also play it like an instrument. Whenever I hear “Sampler” that is exactly how I think about using it. Steinberg has so much going for it, Cubase wins in so many ways, but when it comes to providing the feature you think you are getting, they fail over and over. They call it a sampler track, so make it a Sampler Track! I thought for sure we would get this in 11, but it isn’t there, so I am waiting for 12.

And it’s not like they don’t know how to do it, you can record directly into the sampler in Groove Agent. In fact, one could use Groove Agent in this way, but it is a bit cumbersome because it has all the other features getting in the way, and it isn’t friendly to macros and logical editor or any of the scripting one can do in Cubase. It’s easier make a Sampler Track with the mouse. But when you are trying to stay in the groove that’s slightly to much. If you have to touch the mouse then you are composing.

Maybe I’ll make a video about how to groove in Cubase, if anyone is interested, but honestly it’s a lot of scripts and a lot of setup. That, or you know, Live…