Hyphens at end of a system 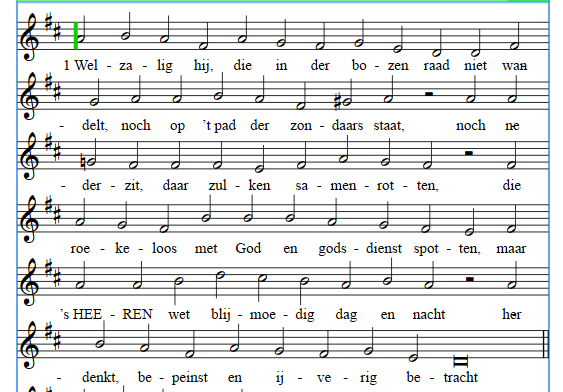 What about 3 hyphens at end of system that are wrongly placed?
I get this more often?
A bug?
Best,
Herbert

Could you attach the project in which this occurs, so I can take a look to see what might be causing it?

Thank you for the quick reply Daniel!
And is it already possible to move a system and movingf all the following staves or systems simultaneously in engrave mode?
Best,
Herbert
Psalmen Datheen 1773.zip (265 KB)

Thanks for sending this in. This is a bug due to the use of open meter and lyrics, which we will fix for the forthcoming 1.1 update. I’m not sure of a good workaround, unfortunately, since I assume you don’t want to see barlines at the end of each system for good reasons.

How about writing the last lyrics + hard space (shift+alt+space) + hyphen ? Could it sort of solve this ?

Thank you!
I am eagerly waiting for the update for many reasons!
And Marc: a hard space does’nt work unfortunately;
And my second question: is it already possible to move a system and moving all the following staves or systems )also on the following pages) simultaneously in engrave mode? This is quite essential for this kind of work; (a hymn book).

If you need to move all systems on a page downwards and then do the same on following pages, I would suggest you change the positions of the music frames themselves rather than trying to move the systems within the existing music frames in a consistent fashion across multiple pages. This is exactly what the page layout engine in Dorico is designed to do, after all.

Yes, the page layout engine works alright indeed, But as you can see in my example dorico file, I want more space only between new verses etc and between the psalmes (new flows); How do I do that?

How about writing the last lyrics + hard space (shift+alt+space) + hyphen ? Could it sort of solve this ?

I might be misunderstanding what you need to do, then: have you already tried experimenting with the options on the Vertical Spacing page of Layout Options? 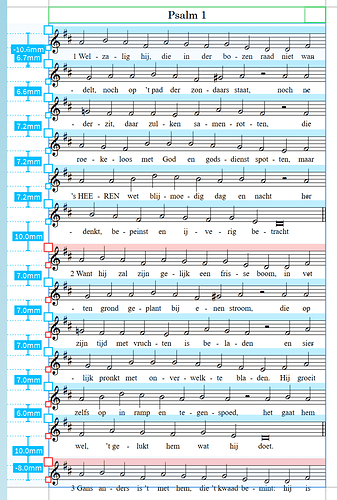 No, it’s not possible, I’m afraid. You cannot edit the distance above a system in a way that will automatically apply the same adjustment to all of the staves and systems below in the same frame.