I Couldn't Help But Notice

since I cant install my Cubase SX1 on windows7 and my XP Computer’s motherboard died I’ve been forced to use CUBASE LE4- and I couldnt help but notice that its becoming more like Sony’s acid- as a musician and a remixer I welcome this- now I can stay in Cubase pretty much for an entire remix- on the flip side I noticed that Acid Pro is a lot more like Cubase!- with midi and VSTi’s etc 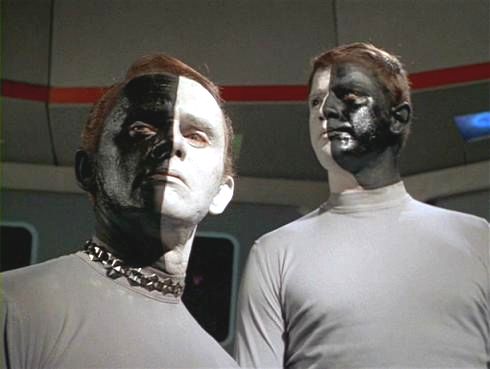 The guy on the left is “clearly superior”

since I cant install my Cubase SX1 on windows7 and my XP Computer’s motherboard died I’ve been forced to use CUBASE LE4- and I couldnt help but notice that its becoming more like Sony’s acid- as a musician and a remixer I welcome this- now I can stay in Cubase pretty much for an entire remix- on the flip side I noticed that Acid Pro is a lot more like Cubase!- with midi and VSTi’s etc

Do you still have your OEM or retail XP install disks? Just create another partition to install XP on so you can use SX1. That’s what I did so I could use Wavelab 4

Me, I couldn’t help but notice you say a “musician” AND “remixer”

Is the bad guy wearing a dog collar?

Well, as far as I know, ‘it doesn’t matter if you’re black or white’…

If you can remember the 60’s … you weren’t really there.

I witnessed them! Also I remember some of it too! (mostly the 70’s though)!

This is the part where I make some random comment on a thread I started a year ago, but then got sidetracked after starting the thread on some curve ball life threw at me, and from building & planting a self watering Salsa veggie container garden- so I guess it it wasn’t totally life’s curve-ball’s fault this time

here goes: Hmm- maybe I should’ve tried that partition idea since I have the XP disc, can’t remember if I looked into that or not, maybe its just an issue of finding the XP service pack that supports a Core 2 Duo processor, I have XP Home edition so maybe I need XP Pro or something for that, anyhew:
I found an HP Desktop with a Core2 Duo processor and 2 gigs of ram for a great deal around a hundred bucks that comes with XP Pro installed Srvce Pack 3 so I think Im just gonna go that route, and I will still look into the laptop partition route as well. It is a used Desktop but has a 30 day warranty, I have built and upgraded computers so Im not too scared about going used when it’s that cheap, plus my old daw was built from the ASUS Pt4-e motherboard, a great board but used the now extinct and over-priced Rambus Ram- so I thinking a desktop with affordable ram is the way to go. I had some great times with my first homemade DAW, maybe I will make use of it’s case/tower and harddrives someday, plus I think I can sell the Rambus Ram for an ok price

Creating another partition would cost you: $0

There’s a way to do it so you can switch between them from either OS, but it’s above my head (google will help you)

Me, I couldn’t help but notice you say a “musician” AND “remixer”

Riddle me this Batman!

The garden is doing good! I’ll try posting a pic later of it. I still have not tried the partition thing yet. I tried to install CUbase SX on this WinXP pro desktop and Im getting error messages, even after downloading the newest version of elicenser with the dongle connected yadda yadda, Im getting what seems to be a dongle error,two different messages, here is one of them: ](http://s1183.photobucket.com/user/Remodeller/media/MusicForumPics/CAM00915.jpg.html)[/img]

I hope it shows up ok, can I post both pics in this reply? Ill try, here is the other error message, man this is a PAIN in the A**! I just want to make music, why is it always petty problematic?
](http://s1183.photobucket.com/user/Remodeller/media/MusicForumPics/CAM00914.jpg.html)[/img]

do you need .NET Framework installing with sx version.every time i re-install cubase on a clean OS i cant do anything i get errors and wot not until .NET Framework is installed ,but i`m on 6.5 version.

i downloaded NetFramework 4 so i could install the elicenser software, it wont install without netframework. once netframework is installed its always on when u browse right?

maybe ill try re installing cubase sx one last time, if its a no go im downloading Reaper, tired of being punished for not buying a new steinberg daw every year

Not only will cubase sx not open it promps me to install a driver for the dongle everytime I turn my computer on, then asks if I want it to search online or the disc drive WTF??? I thought the driver is installed with the software. I moved the dongle to a different USB port, still the same, this is the first weekend I have had off in a while and was thinking I was going to be able to make some music with the software I paid good money for, still no reply from Steinberg- it really gives me a “Give us more money or go away” vibe, I run a small biz and could not even comprehend treating my old customers that way, not only is it unethical but THEY REFER ME NEW CUSTOMERS!!! DUH!!! IS THIS BASIC COMMON SENSE CUSTOMER RELATIONS OR ROCKET SCIENCE?? Sorry, I was up all night setting up my new PC for audio and trying to get Cubase to work and feel like I got nowhere

did you let it search online for a driver ,your sx1 disc will be well out of date with the elicence ,i dunno.

and of course you can no longer download drivers/updates for Cubase SX1 on Steinberg’s site. I wish I could do that with my customers: “Well sorry mam but I refinished your hardwood floors back in 2002 so I cannot help you with any concerns you have unless you want to pay be to put a whole new floor in, in the meantime I want you to be really happy about all this and keep referring me and I think it would be better if you don’t call any other companies, as you can see I have a really good business sense and firm grasp of reality… (wait for it)… HELLA”