There was a video on YT showing how to import all key switches from East West Opus instruments into Cubase in single click, as far as I remember the instrument should support VST 3 standard. I will leave the link at the end. The feature is extremely useful since some of those Opus instruments have over 20 articulations and creating a map from scratch and for each instrument takes days and weeks!
I was not able to recreate that scenario and many other Cubase users (I use 11 Pro) could not either. Any ideas or solutions?
Greatly appreciated 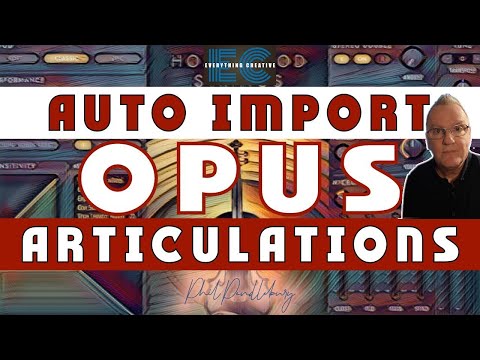 Not seen that work like that before but I like the idea.- I have nearly 300 maps and it’s taken me ages to build them all! I wish I new about that feature!!!

AFAIK the current Opus version has a bug regarding this feature, they were supposed to reeled an update that should have been fixed this but I’m on the latest version and it still doesn’t work. Have a look at this thread

I've spent an hour searching for an answer to this on the Cubase forums, YouTube, and VI Control past threads, and can't figure this out. I've attached two screenshots to show what I am describing. I use EW OPUS and when I load a key-switch...