What is the best way to input 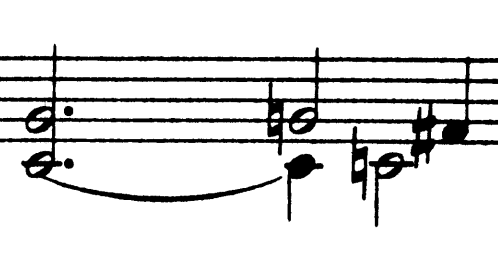 The only way I found was

but it seem unnecessarily advanced.

I tried with the C in voice 1 (and removed rest in voice 2) but then the tie would not stop.

You can enter the first G and C in upstem voice1 and the second two Cs in downstem voice 1. Then select both the lower voice Cs (which are in different voices) and hit T to tie them.

Thank you. I did not know of the “select 2 notes”, but just pressed T (and hoped for the best…)

We do try to help (see the options in step 1)

You can input ties manually to join two notes of the same pitch, both during note input and by joining two existing notes with a tie. You can tie existing notes in different voices or on different staves belonging to the same instrument, or that are... 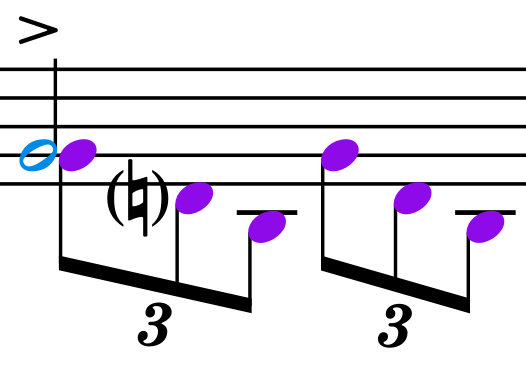 but it will not tie as below 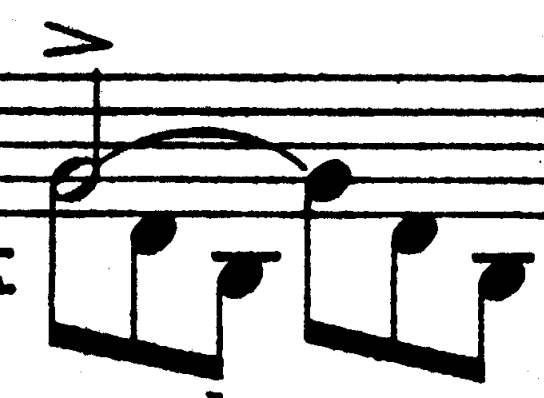 It did not solve the tie, I’m still unable to tie the Gs.

Select the half note, Command-click the destination note, hit T.

Exactly what I did (and do), and nothing happens.
I will post you the Dorico file in ‘DM’

In Write mode, choose the stem of the half note. The CTRL/CMD+Click the tie ending note and press T.

By the way, when you write the passage tied this way, you do not want the second G eighth note to sound, right?

Selecting stem = selecting note? When I click the stem the entire note is selected and CMD-click the G and then T results in no tie.

(I’m copying an old score so I don’t know what the composer intended. Notes side by side might be more clear, but I’m open for suggestions on a more modern style.)

You can’t tie a note to another note that starts midway through the first note. It doesn’t make any sense to Dorico and it really doesn’t make a great deal of sense to a human being. You could select the stem of the first triplet G (to explicitly select the triplet G rather than the half note G that is at the same position) then hit T to tie it. You’d then probably need to switch to Engrave mode to grab just the tie and hit F to flip it.

Excellent. That is probably what they had in mind; 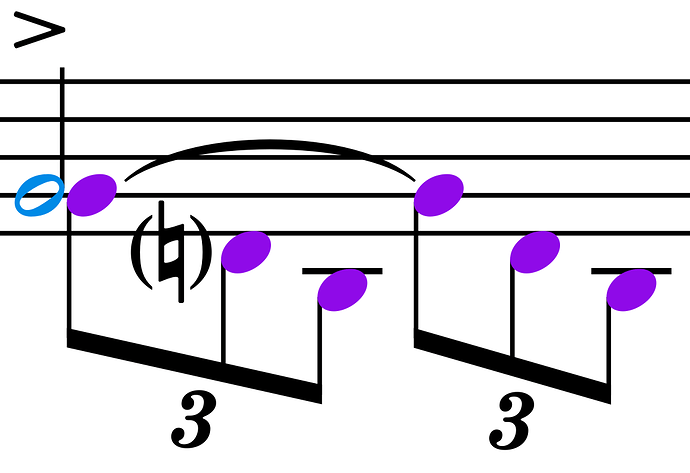 Not sure how to interpret it, as you write, but, at least it is a verbatim reproduction of the old score (minus the overlap).

See Daniel’s instructions on how to fix the overlap, posted a few hours ago further up the thread.

Yes, I tried it. It works fine. The editor will need to decide which representation to use, and what any tie would mean.