I usually record guitars and vocals so don’t often use my Halion Sonic 3.
Last night I wanted to put some piano on a track I am working on, and met a problem with the number of instruments/sounds available.
Can someone please tell me how many instruments/sounds there are in HS3?
I seem to remember there was about 10,000, but I only seem to have just under 5,000?
I uninstalled HS3, the reinstalled using the Steinberg downloader, and it appears to have improved the number available, but still not 10,000!!!
I would be grateful if someone could check their HS3 for me.

Many thanks in advance.

Not sure why you have so many presets?

Here’s the Comparison Chart which indicates the number of presets! https://www.steinberg.net/en/products/vst/halion_and_halion_sonic/product_comparison.html

It’s probably my terminology, but I don’t think it’s the preset count.
About halfway down the HS3 GUI, on the right, there is (going from left to right):
Rescan disk button
Set up results button
A number, 4758, which when the cursor is over it says “stop updating results”.
I am pretty sure that the number used to be 10,000 but if someone could check their HS3 I would be eternally grateful!!

The ‘Stop updating results’ indication shows the number of presets you have!

I’m just wondering if you purchased a lot of Expansion Packs but now all those presets are not showing up?

My total count stops at 3912.
I compared this number to some “colleagues” who also use HALion 3 but most of them seem to have way more instruments than I’m counting.

I’m currently in contact with Steinberg but I’m not getting a clear answer to this simple question. Apart from “reinstall the latest GPU-drivers” and “make sure you’re using the latest HALion update”.
The only info on the Steinberg page shows a number >3200.

Anyway, I hope you will get an answer to your question.

I’ve sort of given up on this as I prodominately use Cubase for audio recording, but I am waiting for the new CubasePro 10 to see what that brings!!

I have 4758 exactly the same as Jim B so I would say you’re definitely missing a lot of presets!

Thanks for confirming, I thought I was going barmy!!!

I usually record guitars and vocals so don’t often use my Halion Sonic 3.
Last night I wanted to put some piano on a track I am working on, and met a problem with the number of instruments/sounds available.
Can someone please tell me how many instruments/sounds there are in HS3?
I seem to remember there was about 10,000, but I only seem to have just under 5,000?
I uninstalled HS3, the reinstalled using the Steinberg downloader, and it appears to have improved the number available, but still not 10,000!!!
I would be grateful if someone could check their HS3 for me.

Many thanks in advance.

Through the HALion SE 3 plugin, for Factory sounds tagged as ‘piano’ I get 35 Program presets (no layers or multis). I have installed Cubase Pro 9.5, and the latest version of Dorico Pro. I also have an SE compatible installation of Halion Symphonic Orchestra. 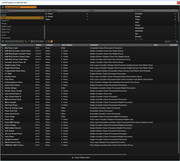 HALion SE can be confusing in that the content can vary depending on the Steinberg hosts (and other Steinberg stuff) you have installed. HALion SE itself comes with NO content. Whatever you get ships with the host application. I.E. Cubase Pro 9.5 Pro has the following content packs:
HS SE Basic
HS SE Artist
HS SE Pro
HS SE Hybrid
TRIP
Flux

Here you can see that I also get HSO (Comes with Dorico, plus I’d purchased it years ago). The Soft Pedal piano is a third party pack that someone shared here on the forums. 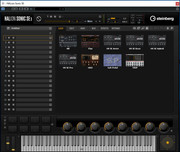 Examples:
Dorico comes with Symphonic Orchestra (HSO), but does not have the Hybrid Synths, Trip, or Flux content. Most if not all versions of Cubase since version 7 or so came with the Hybrid Synths content pack, but Cubase does NOT come with HSO. Version 9 of Cubase Pro added Flux and TRIP. Etc…

There may be content that comes with Cubase Pro, or Artist, but not with Elements, and so on. Add the possibility of having installed full versions of HALion at some point (trials, or even buying the whole thing). Also the possibility of having more than one version of things Steinberg installed all on the same computer (HALion content packs are shared among all your Steinberg Hosts in most cases…and if you have the right dongles plugged in, will work in them all).

Sonic SE 3 can now play HALion content in non Stienberg hosts provided you have the right dongles plugged up. I.E. I can use all the stuff in the screenshot above in Sibelius and Finale as long as I have my Cubase and Dorico dongles plugged in to the system.

Next, since SE version 3, there are two primary types types of HALion content. Installed, and Managed. There are also secondary and legacy formats supported by the HALion engine, but I’m not sure if SE can access them (I.E. Imported stuff from AKAI and Roland sampler disks, legacy HALion One stuff, etc.)

Installed stuff typically comes with a Steinberg Host, or it was packaged by Stienberg in a way that its own installer package places all the files in the proper location and registers anything dongle related.

One can have a look at all his content with the HALion Library Manager. It’s a separate little app. Tap your windows key and type hal, hopefully you’ll see an app fly up in your start bar called, “HALion Library Manager”. I’ve also opened an explorer window to show where the app typically gets installed by default on Windows systems (I check the install for all users on this system option).

It will show you packs that are installed, as well as all the VSTsound files and their location on your system.
I happen to have HALion 6, so there’s a bunch of extra stuff here, but I’ve unfolded the ‘details tab’ of packs that come with Cubase Pro 9.5 to demonstrate how it nicely lists all the involved files and locations for you, in case you’d like to compare it to your own setup to see what might be different/missing/present/etc.

I’m not sure where TRIP gets installed, I suspect it’s now part of the “Flux, SE Pro, or Hybrid” pack for Hosts that include it?

Managed stuff is generally content that users themselves can create and share, as well as some of the newest content for HALion 6 and Sonic 3. For content distributed in this format, one can simply double click the vstsound file and the library manager pops up. From there one can choose how it gets registered for the HALion engine. 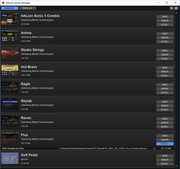 If you’re running SE…content comes from the Host installers. If you suspect that you are missing some, run the installers from your Steinberg Host(s) and check for the HALion content packs being present and up to date. Also check any ‘Extras’ folders on your Stienberg Installation Media, as sometimes there is some extra content on those locations that is ‘optional’ to install…provided as back-port to legacy plugins and such as that.

If for some reason you got a version of SE that doesn’t include the Library Manager app, you should be able to get it by grabbing the latest SE installer and running it. You can also update older 64bit versions of Cubase (7 and 8) that came with SE2 to use SE3 instead. It won’t change your ‘content packs’ though, and there is no 32bit version of SE3.

You only need to register the free key that you get via email if you intend to run SE on a system that doesn’t already have a Stienberg Host that comes with or otherwise supports SE3. I.E. To run a third party SE3 content pack in a non Steinberg DAW. In short, it makes SE a ‘free player’ for HALion 6 users to create and distribute their own HALion content to anyone with a 64bit, VSTi compatible DAW.

Phew, that must have taken you some time to compose, and what a fantastic collection of Halion information you have provided us all!

Thank you so much. It will take me a while to slowly work through your points but, rest assured, I will be doing just that over the next few days.

I’ll post my findings here, however, I just want to to say thanks again for putting together such a useful chunk of information. It really is much appreciated!!

Since composing that yesterday I’ve installed some updates and something has changed.

So, if you can’t find it typing ‘hal’ as I’d suggested above, try steinberg instead.

It doesn’t seem to distinguish between ‘installed’ and ‘managed’ libraries anymore. It is all kept under the same tab.

The newer Library Manager has nice power tools for batch-moving libraries around on your system to any location you like. It’s nice