I was interviewed yesterday by Facebook AI about my next project - TorchStudio, a software dedicated to AI creation - which was also an opportunity to do a brief history of SpectraLayers, where it came from, and where it’s going in term of AI research. Most of it is pretty technical and not specifically focused on SpectraLayers itself, but you might find some segments interesting, or just if you want to see the guy behind the software 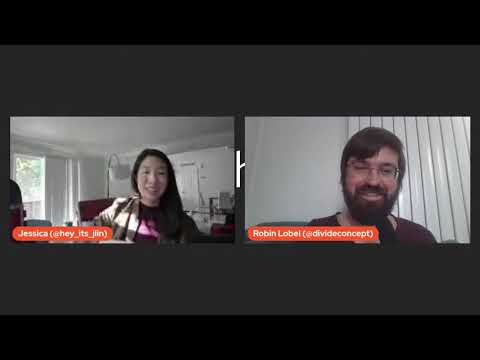 Interesting… You are a talented developer.

I watched your interview with interest.

I did buy a book about fuzzy logic about 25 years ago. The simple example they gave was a programme to dispense birdseed and how to categorise a bird, ie; has a beak / bill, feathers, wings , can fly etc. With simple Boolean logic, if one of the criterion is false then no birdseed would be dispensed. (It would fail the test).

But using fuzzy logic a partial bird would also get birdseed – ie, a penguin (cant fly), a platypus (has a bill) – ie; if an animal was 20% bird – the dispenser would give 20% of the birdseed.

So I was impressed to see the example of the picture below and what appears to be a prediction/inference of that image ie; Bird 30 % Dog 26.6% etc.

Which seems to fit what I read all those years ago.

Regarding the AI - I was wondering if you think there would be value in being able to have a train function in Spectralayers that the user could load a sample of their instrument and try themselves to extract it.

I realise this is probably now more sophisticated than I would realise – but I also think that those of us using this programme also have an appetite for technical things also.

Just wanted also to thank you for your work. On a personal note, I have a few band rehearsals from 30 or so years ago – our drummer bought an electronic Tama drum kit, which when recording on my 4 track, had a really distorted snare drum sound. As the kit was new – our drummer was really flying. I did a rough mix and that’s now all I have.

Every 5 years or so I’d pull out this recording and try to remove the drum distortion with little success, so I’m very happy that I’ve been able to extract the drums by themselves (now to find where the distortion is

Anyway, Thanks again and have a nice day

Thanks Robin. Despite not having even heard of PyTorch and not being a programmer, I knew just enough for your clear explanation to make sense to me.
I reckon you should go open source with your application and so encourage wider development.

@Ronjo Regarding user-side training, it might be a little early to envision it as it’s still a complex process requiring lot of data, knowledge and tuning, but it’s not something impossible in the future indeed (3 years from now ?) as models and processes simplify.

@Raymondo Yes, open sourcing is an important aspect of AI these days, I’ll likely open source a good chunk of it. Just need to think it through