Introducing Steinberg Licensing, and what it means for Dorico

Dear customers, Our previously announced intention to migrate to a new ID-based licensing system will begin to roll out in the next few months. You will soon be introduced to Steinberg Licensing with the release of Dorico 4 early next year, followed by Cubase 12. Read about the vision mentioned in President Andreas Stelling’s statement, and find further information on Steinberg Licensing and the provided FAQs by referring to the link below. This is a a big step forward and we are happy to tak…

We have also prepared a short blog post specifically addressing what this means for Dorico in the immediate future: 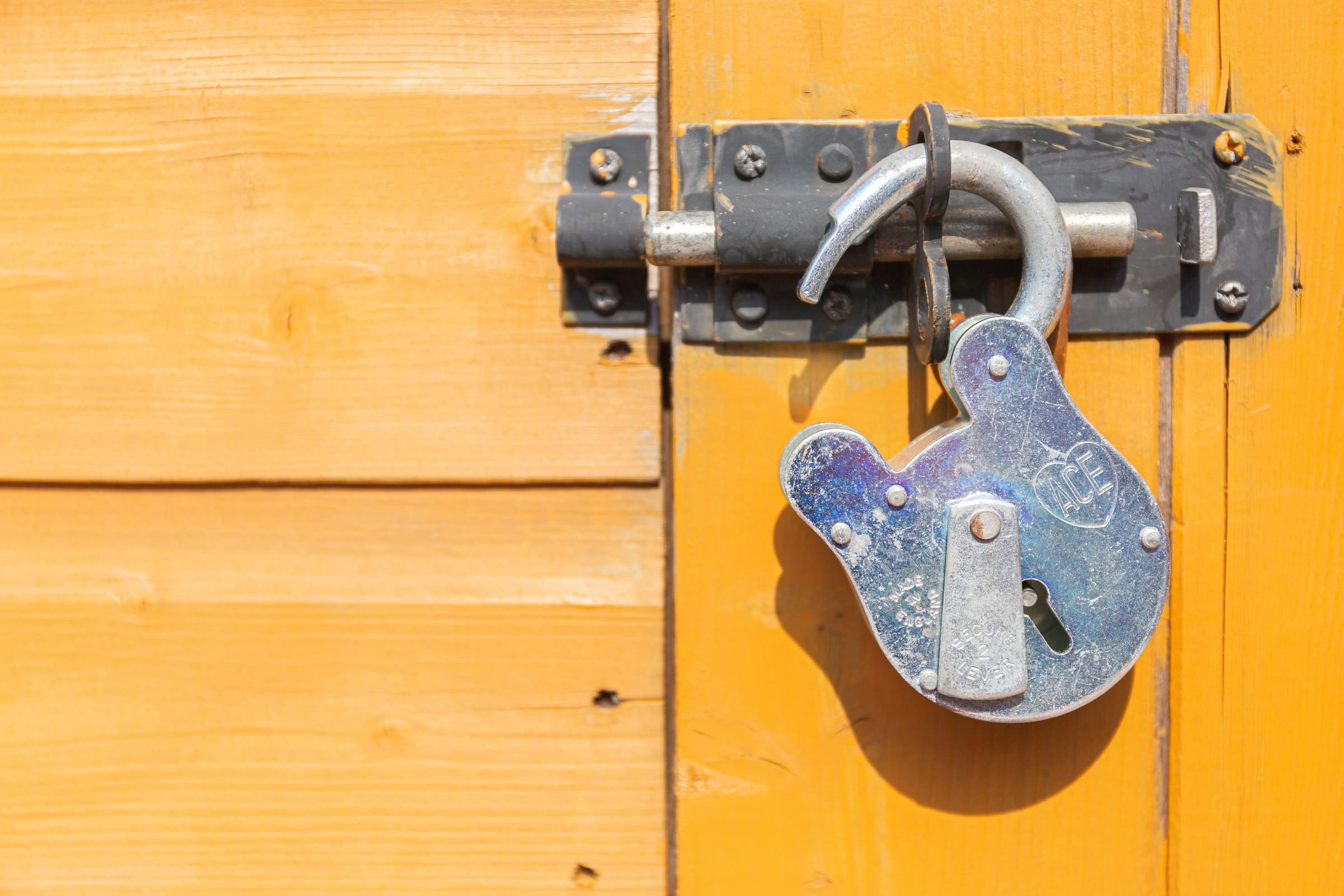 Introducing Steinberg Licensing, and how it affects Dorico – Dorico

As many of our customers know, we announced back in March of this year that we were working on a successor to the eLicenser license management system that has been used by all Steinberg software products, Dorico included, for decades. Today we have...

Thank you Daniel for the info. Although I was hoping for Dorico 4 this year, I believe that we’ll have a well backed and worthy piece of software next year, for which I’m excited.

Keep up with the good work!

While I’m sad to hear D4 won’t show up until after Christmas, I am happy to read the terms of the new licensing system. 'Twill be a major improvement indeed.

"In the meantime, if you’ve been holding out for the release of Dorico 4 before you buy the software, you will be interested to know that any Dorico 3.5 license that is first activated on or after 25 August 2021 will be eligible for a free grace period update to Dorico 4 when it is released. "

As I am Greek, something that probably for all of you is clear, it is a bit…English to me

Grace period updates are functional indefinitely, just like a regular update you buy yourself.

Grace period updates are functional indefinitely, just like a regular update you buy yourself.

Thank you! Great news for me.

<cue obligatory complaints from somebody about the eLicensor and how it’s ruining their life> Oh, wait - you mean it’s going away??

Great news! Like others was looking forward to a Christmas with 4, but projects have minds of their own, good work!

Briefly reading the feature list sounds like you nailed it. Two computers? Check. Seamlessly move to another without restriction? Check. Don’t have to be constantly internet tethered? Check.

Question:
** Can I buy a multi-seat license for an educational institution or business?**

Presumably this is referring to floating licenses. I have two Nuendo and Wavelab licenses, the others being used by my sound engineer on a dongle. How will that work? Will I need to login to his computer for him to use my extras?

Further, for multi-user licenses, will there be upgrades to that from single user licenses?

We aren’t ready to share full details of the institutional/enterprise licenses just yet, but the direction of travel is that you will be able to buy a number of seats (very likely with a minimum license size of 5 or 10 seats) that will indeed be floating licenses, but which can be configured flexibly by the license holder between being locked to a particular machine (in the case of a shared machine used by multiple people), to a particular user account associated with your company or institution, or left floating. In a multi-user license, we anticipate that “one seat equals one computer”, unlike with a single-user license that provides the ability to run on two computers.

None of Steinberg’s existing products have a proper multi-user licensing model at the moment, though special pricing is offered for volume purchase, variable by product family and customer type. I would anticipate there being a single approach for all Steinberg products, and that it would likewise provide a means to “convert” existing licenses into an institutional/enterprise license at that point.

But there are still many details to be worked out. We will provide specific information about multi-user licensing once we know more.

OK that’s fine. My usecase is that of small studios - e.g. one or two licenses, not five.

But the main question I was asking is, what do I do in the meantime? My engineer has a dongle, he can stay on that, OK, but if I convert his single user licenses to internet licenses, does that mean I’d have to login to my account on his computer?

The point being, for people like me (which probably isn’t uncommon, think of all the composers with an assistant or two), what we need is the ability to ‘grant’ a single user license to another account, while retaining ownership and revocation.

But the main question I was asking is, what do I do in the meantime? My engineer has a dongle, he can stay on that, OK, but if I convert his single user licenses to internet licenses, does that mean I’d have to login to his computer?

Yes, or you would have to create a Steinberg ID for your engineer to use, and transfer your license to that Steinberg ID.

Yes, or you would have to create a Steinberg ID for your engineer to use, and transfer your license to that Steinberg ID.

OK, sounds like you guys have settled on the design, but be aware this creates a problem for small studios like us. My engineer already has an ID, but clearly I don’t want to transfer licenses to people, I need to retain ownership.

This is a common feature elsewhere. Marmoset Toolbag does it right (3D art program). I have a “Studio” license which I can grant to my other artists. No fuss or bother, just assign to his ID and I can take it back. For software, I’m using LightningChart which has a similar system, and again there’s no minimum of lots of licenses to buy.

So if I could put in a word, please don’t ignore the use case of small studios, who don’t need 5-10+ very expensive licenses, but a few individual ones (legacy even) that need to be granted to other users. With the decline of large studios, and rise of people recording from home you folks have to consider this use case. The floating system you have appears to be geared only towards education, not the majority of studios now which are people working from home, maybe with one or two assistants. Thanks -

I suspect we will end up having a minimum license size larger than two for our multi-user licenses, but I do understand the requirement to be able to share a license with a colleague but retain overall control of the license. You can be sure that we are thinking about as many use cases as we can, and that even if a particular use case is not addressed right away, that does not mean we plan to ignore it.

‘Steinberg Licensing, and what it means for Dorico’

Obviously changing the locks has been a big job for Steinberg but for the end user, apart from being able to run Dorico on more than one computer without the eLicenser (something it’s been acknowledged, was desirable from the start), all it has meant so far is delay.

I’m sure there’ll be good things in Dorico 4 and beyond but I wish there could be more regular updates. It’s fine having a five-year vision and closing lots of issues internally, but if there are no public releases, that means very little. It’s so frustrating to know that a problem has probably been solved but that the solution might not be made available for a year and a half.

I personally use Dorico on three computers (studio, house, and laptop) so it looks as if I’ll still need more than one licence.

I certainly understand your frustration at it having been such a long time since we have released an update to Dorico for macOS and Windows. I fully expect that 2022 will see a return to the way things were prior to the summer of 2020, with a more regular cadence of updates.

As for using Dorico on three computers, you won’t need a second license, but you will have to move ths activation between two of the three machines, though this won’t be onerous, provided all of the machines are able to connect to the internet.

Yes, yet another delay is certainly disappointing. But I wonder if there is a silver lining here and the feature list for the both Cubase 12 and Dorico 4 will also be longer than usual, considering the time elapsed until now - and also the time from now until the new release date?

I don’t want to raise my own expectations yet again, but this gives me hope:

There are certainly many, many new features in Dorico 4. In addition to the new Steinberg Licensing system and native support for Apple silicon-powered Macs, the integration of all of the new user interface elements that we first developed for the iPad version, and several things I’ve dropped hints about here on the forum over the past several months, there are dozens of further new features and improvements throughout the application that we’ve not spoken about at all. I hope you will find it worth the wait.

Sorry, could I just clarify one other point - about licensing on computers that are always offline.

If I understood it right, there will be an option to use a separate USB drive to generate an activation from a different, connected computer for this type of use case (legally required to be offline).

I’m trying to understand if this creates an issue where two USB drives will be needed instead of just one currently, until all programs are finally updated.

Can this year-long activation be stored on the current dongle?