Is HALion 7 just a myth?

This is an issue with the trial system. I haven’t been able to get the activation codes for ANY trials by the website. I’m almost positive this has NOTHING to do with Halion 7.

Groove Agent worked for me…

I wonder if the current Cyber Weeks promotion suggests that HALion 7 is not going to appear until next year or that Absolute customers will have to wait until next year to upgrade.

In the current “Cyber Weeks” promotion, Absolute 5 full version, the crossgrade from HALion 6 to Absolute 5 and Absolute version updates are on sale at 50% off until 30 November. Surely Steinberg is not going to allow people to purchase Absolute 5 in this promotion, activate immediately and then get a grace period update to Absolute 6 and therefore HALion 7.

I suspect the Absolute 6 grace period and likely also the HALion 7 grace period will start no earlier than 1 December, once this promotion has ended. If that is the case, then bearing in mind the proximity of the holiday period, I would be surprised if HALion 7 emerges before mid-January. Dorico 4 missed a pre-Christmas release last year and was eventually released on 12 January 2022.

Absolute 5 is a great deal at 50% off - that is less than the regular price for HALion 6. The deal is a little less sweet if you already own a standalone licence for Groove Agent 5 or Backbone, which are included in Absolute, but it might still be worthwhile.

Absolute 5 new purchases must still use eLicenser because HALion 6 does not support Steinberg Licensing. If you buy Absolute now, I suggest you consider delaying activation until Steinberg has announced that the Absolute 6 grace period has started.

Ohhhhh Halion 7 is defiantly about, ive seen a SAM with a licence on it and i was really hoping that today was the day but, guess we’ll have to wait until at least these sales are over now

I believe that ‘leak’ of picture of H7 on SAM was just before the C12 release - in February some time.

who know when/if/why H7 is so delayed but IMO that side of the business is so underdeveloped it might be several years yet !

I believe that ‘leak’ of picture of H7 on SAM was just before the C12 release - in February some time.

Totally wrong , it wasn’t a picture for a start. that’s all im saying

Would you guys suggest we should buy Absolute 5 upgrade now and activate it when Absolute 6 is released? How do you guys know Absolute 6 and HALion 6 is just around the corner? 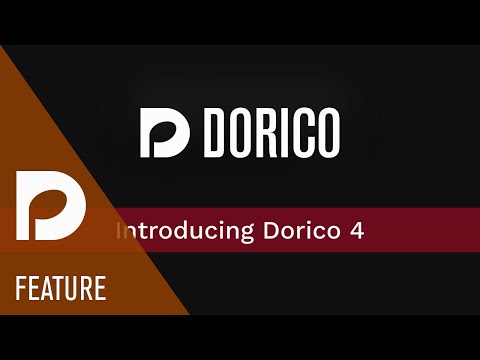 @FilterFreq has more evidence that he’s not sharing

but nothing official has be released.

I’m also not entirely clear how an A5 to A6 upgrading is going to work - and how that ‘gives you the latest version’ technique works when you are crossing over from elicenser to SB-licences ? Maybe that won’t work going forward ? maybe it’s worth the gamble ?

Maybe they are waiting until everything in Absolute is SB-licence compatible ?

@FilterFreq has more evidence that he’s not sharing

All i know is what i have seen , as you say it could be ages away but a SAM contained a Halion 7 pretty recently , i guess we just need to be patient ,

That video shows a H7 licence in SAM in January ?

Then to answer the title of the thread, no it’s not a myth

who knows about the actual software !

who knows about the actual software !

It could be a major bluff

Would you guys suggest we should buy Absolute 5 upgrade now and activate it when Absolute 6 is released? How do you guys know Absolute 6 and HALion 6 is just around the corner?

Thats what Im wondering too. I’ve been holding out waiting for this sale as I was hoping Halion by itself would be on sale (and we’d get some sort of announcement that 7 is on the way). Dont mind buying Absolute (its cheaper than Halion on its own right now) but I dont want my sampler stuck in the license loop with the whole bundle, kinda like some of my Waves plugs got rolled into bundles so I could upgrade cheaper and now my WUP is more expensive thanks to it, since I cant update individual plugs anymore.

After moving from Logic last year, I’ve been waiting for a deal so I could have the ‘Cubase Sampler’ like I did EXS24. I’ve got two hardware samplers and TAL at the moment to tide me over, so hanging on to the DAC for Absolute won’t be too bad as long as it doesn’t lock me into some weird upgrade/update cycle because of the bundle.

Maybe they are waiting until everything in Absolute is SB-licence compatible ?

Other than HALion 6/HALion Sonic 3, which are clearly not going to be made compatible with Steinberg Licensing, all the instruments are now compatible following the recent release of The Grand 3.3.

All we are missing for a future Steinberg Licensing version of Absolute is HALion 7 and, presumably, HALion Sonic 4.

Some months ago, Greg Ondo was asked in one of the Cubase live streams about HALion 7, as he had a HALion 7 licence in SAM on the computer he was using. He replied along the lines of “HALion 7 is coming, but it is some months away - hopefully by the end of the year”. My post earlier today was me wondering out loud if that release has slipped to early 2023.

I cannot see HALion 7 being released whilst there is a half-price promotion for Absolute 5. Unless Steinberg is ready to release HALion 7 at the beginning of December, I think it is likely they will wait until January rather than release close to Christmas.

. Unless Steinberg is ready to release HALion 7 at the beginning of December

Just wish I knew how Absolute is going to fit in with H7. I just can’t see how they’re going to include it in Absolute 5… So there will be an additional wait after H7 release to get it in Absolute 6 as a paid upgrade.

Pretty annoying in the interim though, as everything else is moving to the new licensing and yet H6 is the obstacle. Thinking we will be 12 months behind standalone purchasers.

Surely Absolute 6 will be Absolute 5 other than HALion 7/HALion Sonic 4 and probably also some additional content packs. There is no way Steinberg will give HALion 7 free of charge to Absolute 5 owners unless they activated Absolute during the grace period for Absolute 6, whenever that is announced. All the other instruments in Absolute have been updated to Steinberg Licensing, so it is clear there will be no version update in these instruments in the near future.

There has been a delay in the past between a new version of Groove Agent or HALion releasing and an update to Absolute, but I don’t recall anything like 12 months of delay. I know you have mentioned your concern in the past that Absolute is on an approximately 24 month release cycle, but it has never been that precise (A3 to A4 was 23 months, A4 to A5 was 29 months) and I really can’t see Steinberg waiting long once HALion 7 is available. It is nearly 15 months since the Absolute 5 release.

Why would Steinberg have bothered to release a Steinberg Licensing version of The Grand 3 last month unless the intention was to release Absolute 6 shortly after HALion 7 is available? I can’t think The Grand generates many standalone licence sales - it’s pretty old technology now and there are better piano VSTis out there.

I would think that an update to HALion 7 and a switch to Steinberg Licensing will tempt many Absolute users to upgrade. It is not like Absolute 5, which was not much of an upgrade from Absolute 4, especially if you already owned or were not interested in Backbone (Absolute 5 was Absolute 4 plus Backbone, Future Past Perfect, Amped Elektra, Electric Bass, Polarities and Sounds of Soul). Absolute 5 felt very much like a “we have to release a new Absolute as it’s been over two years and we want some upgrade revenue”.