Hi all, I’ve been trying to record my guitar through the Cubase LE AI 10.5 and I’m having some problems.

The next step the manual shows is to go into the Audio Connections under the Studio tab and find [-1] and [-2], but the picture below shows my control panel doesn’t have those values as an option, only the ones shown in the picture below. 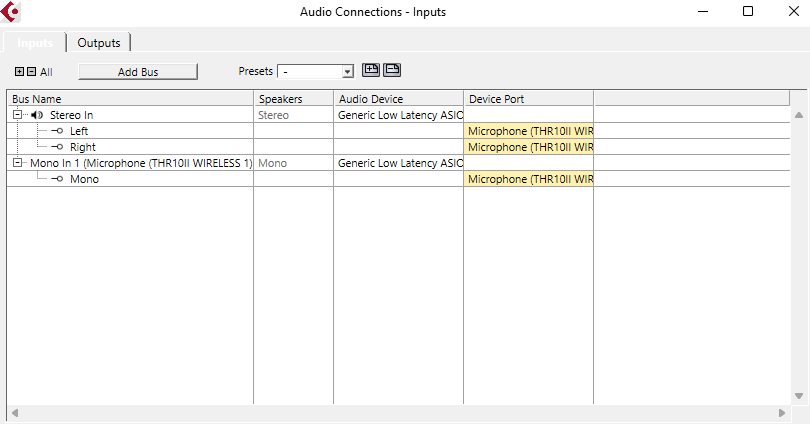 This made sense to me as it’s the amp shown as an input but the guitar isn’t being recorded through the amp. Wondering what I might have missed here. Somehow Cubase knows to play audio out of the amp but has not been able to record through it. What am I doing wrong here?