Kneed beam in a single staff

How can one acheive the kneed beam shown? 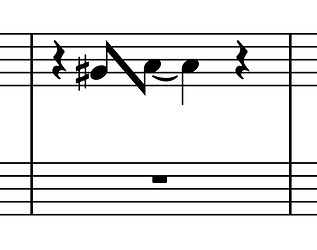 I have attached a minimal Dorico project which contains only what you see in the picture. With any luck you might be able to copy and paste the content into your project.

After dragging the stem ends around in Engrave mode, what I have done is to create a unison on the first note, scale the notehead on the righthand side of the stem to about 10% (it then disappears behind the stem), change the Appearance of altered unisons to Single stem in Notation Options, and fiddle around with hiding the accidental on one of the noteheads.

If that moderately vague description is not precise enough, give me a while and I will re-create it step by step and document it so it is reliably replicable.

I thought this is supposed to work as per here (which I only just recalled):

Yes, this threw me as well!

What is stopping it in this instance? 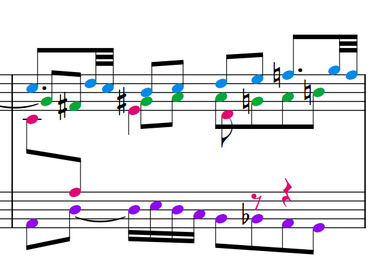 Here are some steps which should be replicable: 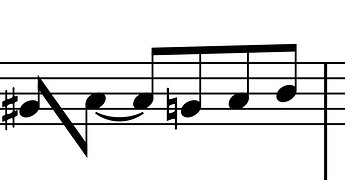 Thanks @stevenjones01 yes I understood your steps and appreciate your kind help. But that’s a hack and tedious and not at all fluent as one has come to expect of Dorico.

Agreed, but if there is currently no other way of doing it …

But what about my previous thread - that worked. [I only remembered that after creating this post.]?

Experimenting, it appears that if you use Stem->Force Centred Beam then if the notes are more than a fifth apart it works, but any closer and Dorico refuses.

That is what I thought to be the case, even when using Custom Centered Beam.

@stevenjones01 , there’s been some improvement there, there’s a new centered beam editor since v.4 It should work without a workaround.
Using Custom centered beam… (context menu>Stem>) I get this, which is exactly what is needed. I just had to adjust the stem heights in Engrave mode. 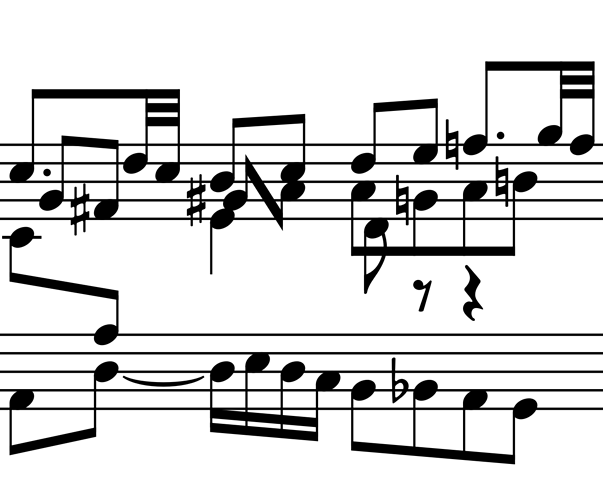 I just had to adjust the stem heights in Engrave mode.

That’s the step I didn’t even think about!

Perfect @MarcLarcher except I tried it with no success at all. But you have shown it is achievable, for which I thank you. Now, how to convince it to work! When I use it, it reverses the notehead to the wrong side of the stem.

That’s odd… It’s not what it’s supposed to do. For the record, I had both G# and A selected, right-clicked, Stem>Custom centered beam…, then chose G# up, A down, ok. Then in Engrave mode, I moved the handles of the stems (because it appeared as a single horizontal line…) so that they look this way. It takes between 10 and 20s to do all this.
If the stems are set to be on the right direction, the notehead should be on the appropriate side of the stem.

@MarcLarcher Brilliant. Bach will be happy: 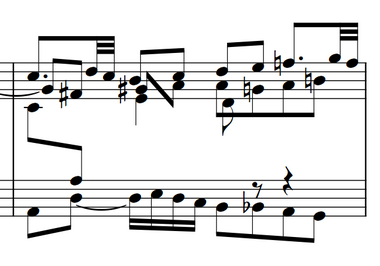 When I use it, it reverses the notehead to the wrong side of the stem.

The choice of “Up / Down” in the Custom Beam dialog is a bit counter-intuitive. So you want Up, Down for those two notes.