I’ve got my MODX+ setup to record into Cubase and it all works fine and was surprisingly easy to setup. I’ve got a few tracks recorded into Cubase through MIDI and I’ve got it roughly mixed the way I want and it’s all sounding great up to this point. I assumed I could then just record these tracks as audio for further mixing and manipulation but they come out much lower in volume than the MIDI data I previously recorded and roughly mixed. I’m not sure why the levels would be so drastically different. I’m new to this so I’m sure it’s a silly question but any help would be appreciated. 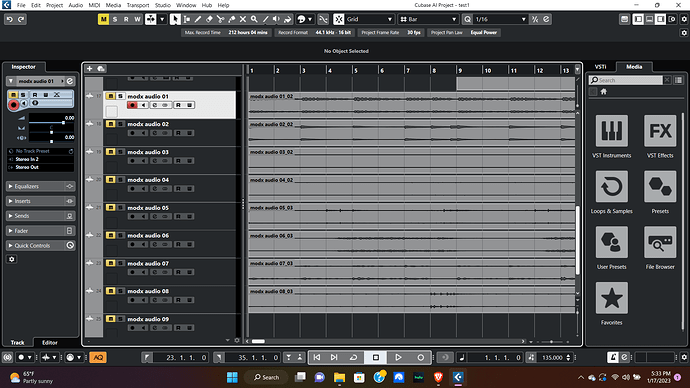 Could you also post a screenshot of the MixConsole which would also disply the MIDI tracks that you have used for the MIDI recording ?
Additionaly, what interface are you using and did you check the involved audio levels in its setup/mixer software ?

Can you compare your settings with what Dom showcases in this video? The video is already 3 years old, so the latest Cubase looks slightly different. 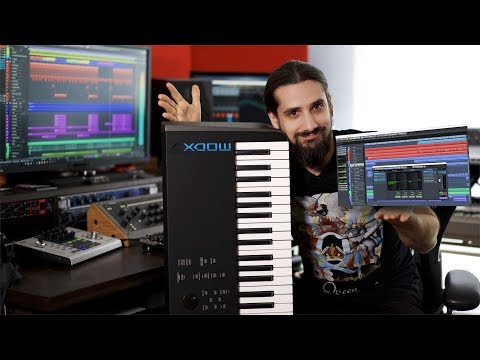 So this is actually the exact video I used to set this up. I’ve done everything exactly as explained but when I bounce them down to audio they come out much lower than his did.

I solo’d a pad I have on track one for an 8 bar loop. It peaks at -21.1 on the meter during MIDI playback from the MODX+. Sounds fine. When I record this as audio and play it back it still peaks the same on the meter but it is quite noticeably quieter to the ear. My headphones are connected to the MODX+. So I basically have the MODX setup as a sound module and Cubase is controlling it just like in Dom’s video.
I attached two pictures;
The First is the pad track solo’d and playing as MIDI from the MODX+. The second is of the audio recording. Levels are the same. Sound is drastically different. 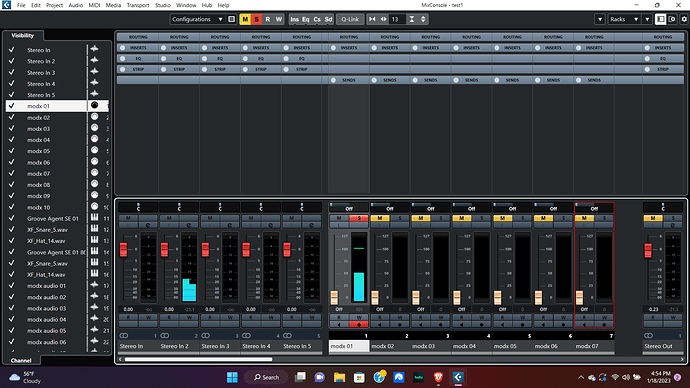 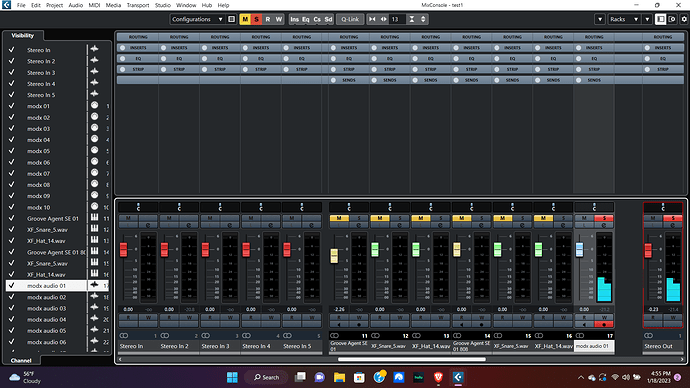 Peak levels are the same during MIDI playback and for the recorded audio file?
In this case I guess the playback of the audio file gets lowered in volume by your MODX+ somewhere. The signal leaves Cubase at the right level, is transferred to the MODX (your audio interface) and gets lowered there.