gents I use the octave-up transposing F-Clef and moved all picc notes one octave down (from midi import)
How can I tell Dorico to play everything one octave higher?

What VST are you using for playback? When using HALion or NotePerformer, here, as long as I’ve actually used a real piccolo instrument (from the instrument picker in the left panel of Setup mode) Dorico automatically gets this right. It might be easiest to add a new piccolo instrument, then copy and paste all the music from your existing stave to the new one. Otherwise, perform the octave shift from within the VST itself.

I am in CONCERT PITCH mode and created a Piccolo
A 8va clef does not transpose the following notes. Neither visual nor sound-wise (Halion)

On my machine, the HALion piccolo automatically sounds an octave higher than the HALion flute. If your ears really aren’t deceiving you, you can open the HALion window, find the correct channel and set a transposition of 12 (which is an octave), like so: 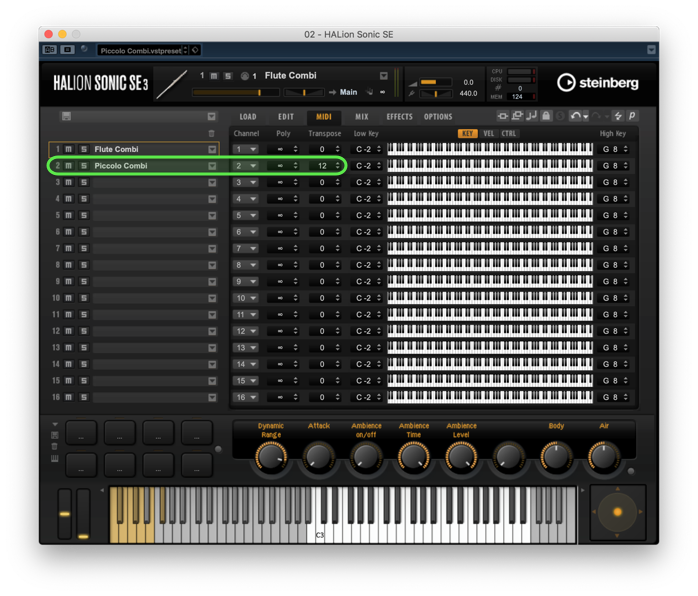