I’m taking a trip with my laptop, which doesn’t have much storage space. How can I minimize Dorico Pro so I can write scores, but don’t care about sound quality? I’d like to hear the pitches – beeps are ok, and can get by without various instrument sounds. I tried not loading the “Sound Content for Dorico 4 Pro” but couldn’t hear anything.

When I get home, I’ll listen to it and be amazed!

You could just install the Dorico SE sounds which will be mostly General MIDI. Or, invest in Noteperformer which is very lightweight.

Thanks. I managed to download the SE sounds, which are about a quarter as large as Pro. But I’m getting the error message “An essential component used by Dorico for playback has not been found. Please run the Steinberg Download Assistant and install the package: Dorico Pro 4 Sounds Installer.”

I’m not getting any sounds during Play. Is there a trick to connect this sound set for Pro?

I’ve been thinking about Noteperformer for awhile… hmmm.

I’ve been thinking about Noteperformer for awhile

I’m not getting any sounds during Play. Is there a trick to connect this sound set for Pro?

Be sure to select the SE Playback Template. By default it will use the Pro template.

That’s not working (yet) either. Dorico gives the error message “An essential component used by Dorico for playback has not been found. Please run the Steinberg Download Assistant and install the package: Dorico Pro 4 Sounds Installer" when I first load it. I ignored it, and did manage to change the playback template in a score, but no sound yet.

Have you installed the HALion Sonic SE - Instrument?

I think so… I signed up for Dorico SE to get its sound library, but never found a place to enter my code. Here’s what I show from the Steinberg Download Assistant.

I also tried holding Ctrl while loading Dorico, but got the same error message about the Pro sounds.

By the way, the sound troubleshooting video is out of date. Play looks quite a bit different in version 4. 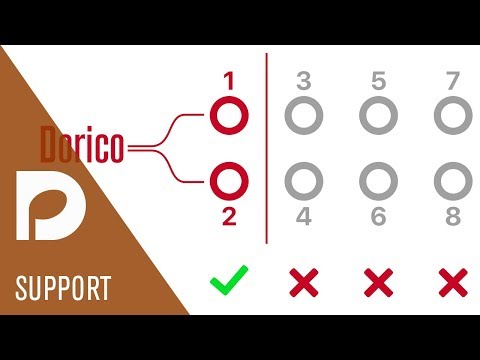 I don’t get anything when I press the “e” button, so I think something isn’t right…

I’m afraid I’m out of ideas. Going to page the expert @Ulf .

Thanks for your help. I managed to find a few more Gb to delete on my laptop, and installed the Pro sounds. The disk is basically full. But I’m still getting the same message when starting Dorico. I even reloaded Dorico (but not the sound sets) and rebooted the computer. Hmmm.

Disk nearly full is a very bad situation. Caching with little space available slows the computer way down. My rule of thumb is never fill a boot drive more than 2/3.

I suppose you are missing HALion Sonic SE. Please do from the menu Help > Create Diagnostics Report and post the corresponding zip file here. Thanks

As a counterpoint: you’re ‘only’ saving yourself 7 Gb, and currently that’s the difference between Dorico that works and doesn’t. Maybe look for savings elsewhere?

Unless you’ve got lots of other sample libraries, or monster apps like Creative Cloud or developer IDEs, the majority of stuff on the disk is likely to be user data. I guarantee you could find at least 7Gb of files that you don’t need for the trip.

To modify Parkinson’s Law: “Stuff expands to fill the space available”. There are apps that will sort the disk by file size, letting you drill down through the folders and see what’s taking up the most space. On Mac, OmniDiskSweeper is free.

It’s worth mentioning that even with an SSD, you need to keep at least 10%-20% free space for trouble-free operation and long-life (sadly, smaller disks benefit from a higher percentage).

While it’s not always possible to upgrade storage in some computers, you should consider doing that if possible – “let the hardware fit the data, not the other way round”. Alternatively, moving lesser used files onto an external that you can plug-in occasionally is another option.

Before reading this, I deleted Dorico and installed again, attempting to install Dorico SE and its sound libray. That loaded ok but appears to be my Pro , and after fooling around in ways I can’t recall, somehow it’s working. Thanks anyway!

Thanks Ben. This laptop has about 60Gb capacity, and is 95% full with Dorico, Windows and some office products loaded. I’ve deleted just about everything I can including documents and programs, and all the usual tricks. I discovered Musescore ran fine on it – it’s a LOT smaller, but now I have Dorico working which I greatly prefer. I don’t want to throw any more money at this machine but agree with all your points! Meanwhile my desktop is much newer with plenty of extra space and power.

edit to add: I just discovered “hibernate off” for Windows, and now I have a bunch of room.

I’ve been thinking about Noteperformer for awhile

And with the “rent-to-own” option, it’s even more of a great deal