Minimum distance between right-hand edge of octave line and following note - no effect?

Hi there, I was preparing a score and I noticed that the end of an octave line encroached too far toward the succeeding note - in fact, it included that note’s accidental. I found an Engraving Option to enforce a minimum distance, but it doesn’t appear to do anything. Am I doing something incorrectly? 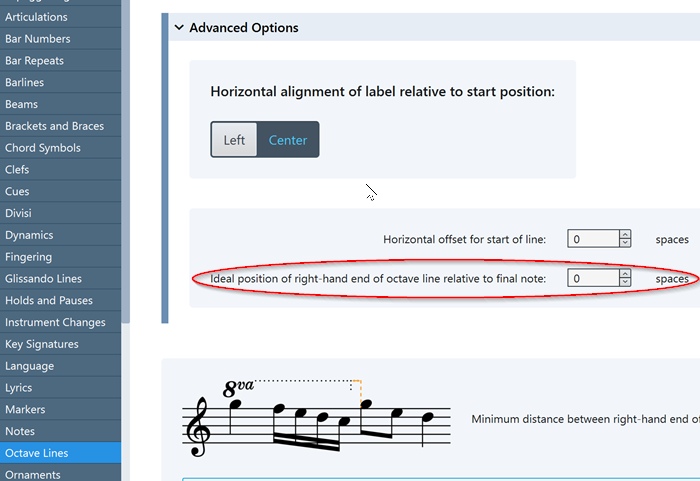 That setting does have an effect, but no matter what this is set to, the minimum distance setting doesn’t seem to work. In fact, if I set the ideal distance setting too high, it starts to include notes that it shouldn’t! It’s as if the following note does not consider the octave line during note spacing. Project is attached.
octaveline_spacing.zip (290 KB)

Just to confirm that the ‘Minimum distance between right-hand end of octave line and following note’ option does not take effect. We will remove this option from the UI in future. Octave lines share some common positioning code with tuplets, for which an analogous option can take effect, but because octave lines are always positioned relative to the last note to which they apply and not the following note, this option is redundant and should be removed.