Mirror and Reverse does the same thing

Mirror and Reverse from MIDI > Functions does practically the same thing with subtle differences.

I think the difference in functionality is somewhat lost on users and I question its usefulness so I suggest a change in functionality. Being able to invert the order, but not timing of musical phrases would be a great function in a composer centric DAW such as Cubase.

My suggested expected result would be:

The nomenclature is of course a matter of subjectivity but I’m thinking most people think of “mirror” as a left/right issue and “reverse” as having a slightly more vertical meaning.

Better would be to rename Reverse to Invert and maybe call Mirror Reverse instead (as it plays in reverse).

Nota bene: I regard the confusing nomenclature and subtle difference today a UX issue.

I’m not sure height (pitch?) is really relevant in either function.

This function inverts the order of the selected events (or of all events in the selected parts) graphically. Technically, this function turns a Note On message into a Note Off message and vice versa which can lead to rhythmic inaccurancies if the Note Off position of a note has not been quantized.

This function inverts the order of the selected events (or of all events in the selected parts) rhythmically, causing the MIDI music to play backwards. Note that the effect is different from reversing an audio recording. With MIDI, the individual notes will still play as usual in the MIDI instrument – it is only the order of playback that is changed.

they are subtly different functions - the note on/off being the difference.

I made the assumption (without reading the manual which is poor on my part) that this was a bug because a) my suggested results are how it works in other DAWs I’ve used and b) it would actually be useful.

When is it useful to have the same function with the subtle difference of turning note on and off as it is now?

When is it useful to have the same function with the subtle difference of turning note on and off as it is now?

Cheeky me went and rewrote the issue as a future request instead.

I would like to agree on this one.
Especially because reverse just inverts the starting positions but not the lengths, so it’s not even a real rhythmical reverse.

Which doesn’t make any sense, when the note lenghts aren’t adjusted to the inverted rhythm (which is probably not even possible, because Cubase has no sense of voices. When there’s polyphony, it can’t understand which notes belong together in a melodic line or voice).

I think most confusion could happen because in music theory there’s two kind of “mirroring”, inversion and retrograde - one “mirrors” horizontically (around the melodic center) and the other vertically. So that’s what I expected (and maybe other classical trained people as well) from those two functions, when I first saw them.

Thanks for the input Friede. Users should probably not have to remember which features in an application are useless.

hahaha yes I very much agree

It turned in to an FR, and with the inestimable help of @vic_france, in Cubase 7 we got Mirror, which I would call Retrograde. Work continued – MIDI Functions Reverse and Mirror - #4 by steve

I would still like the jargon to match music theory jargon, and call ‘mirror’ retrograde.

Why do I care? Well, I’m trying something out with a simple synth patch through the Cubase Multitap Delay which I found in this video and … heeeey, my feet are hovering and my head is spinning!
Check it out: 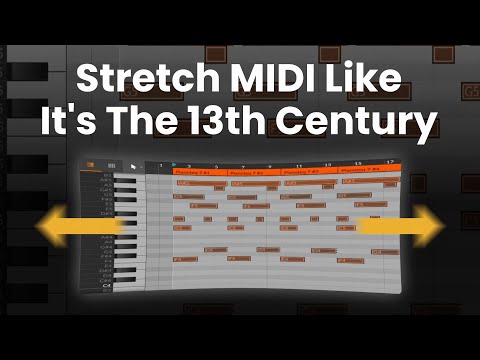 Thumbs up! Dont’ all the other dawz have Gatorade aversion? Isn’t it an outrage that we don’t? C’mon Steiny!

Yes, I would love to see more of these traditional “classical” composition methods in Cubase.

EDIT: I was wrong about it. It works as intended.

In 11.0.41 reverse and mirror are doing exactly the same

Not seeing that here

Looks like you’re lucky or I have bad luck. Which most likely it’s the latter