I’ve ordered mine today… excited to test it out. 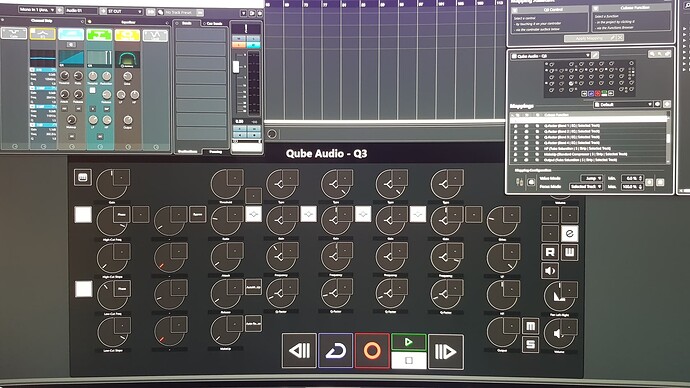 Steinberg need to unleash some more advanced features in the update, SOON

Yes, i’m hopping for the ability to

3ii, doesn’t even need to be a thing, just simply not have Cubase see the slot position, only the Slot FX. See link below

Getting deep with remote editor Cubase

[20220727_175241] see the “3” in Release (Standard Compressor), can we have this removed so that all the functions for the strip can be controlled via a surface without needing to stick to the same order in the strip. We can change things to Global and selected channel, which is amazing, but then things fall apart if we move strip inserts around. Also, the compressor strip bypass can be connected to remote but non of the other strip plugins bypass can be.

1 & 2 can already be achieved through scripting.

Something that would really help a controller like this is if Cubase had the ability to have a default channel strip plugin combo pre loaded on all tracks so that we don’t need to load them into every channel (or have to always use track presets to create new tracks). That’s actually a main reason I didn’t buy it…

But I’m still very curious about how well it works. Currently I use Softube Console 1 and would have definitely considered this if it were around.

Yes, 100%. I made a feature request for this. Just like the EQ has save as default, and the plug ins have save as default. The channel strip should have the same.

I will second that. I would like to be able to set the channel EQ before the Inserts to all my tracks with a track preset default.

I’ve looked into the scripting, not sure I’m ready for that rabbit hole yet.
My question to you would be… Can I use the new Midi Remote Assistant to map the controller, save this, then load that into the “Scripting” and edit these to a deeper level?

Scripting the Controller API in code from scratch would be to complicated and time consuming for me… but editing the script made by the new assistant would be amazing.

Can I use the new Midi Remote Assistant to map the controller, save this, then load that into the “Scripting” and edit these to a deeper level?

I’m afraid that is not possible. There are however already plenty of scripts out there that can serve as a start or used as an aid in creating your own.

that would be really cool, but from what I’ve read it’s not in the plan.

I am super excited for this Mobi One, when I got to read an article about it on Sound on Sound!

But my humble question here is…

‘Can this thing do what other midi controller cannot do…? After Cubase 12’s official Midi Remote Control feature has been implemented…?!’

You know, I’ve been low-key praying for something like beefed up CC121, we all were!

But… surprisingly, how could timing be cruel for the developers… I really wanna buy this one

Even though I have many other controllers and faders hehe…

But that all being said, could this have ‘more’ potential or shall I expect less…?!

I am just happy though, Cubase gets 3rd party focused and treated with dedicated controller like this!

I suppose you could do the same with a Novation Launch Control but that has faders, I’m not a fan of faders (although I loved the thought of them). Endless encoders work better, unless you’re an old skool analogue master doing the multiple fingers at once, hands on approach, multiple fades, in real time, at the same time. Faders are useless unless motorised and motorised makes noise which kind of defeats the object of why we made silent computers and treated our rooms etc. A knob, endless encoder is much better, it’s always where it is, we can always twiddle the dial instead of sliding a fader, just no legendary multiple finger action.

All that wrote… that’s not why I bought the Mobi. I never balance a mix that way, the Mobi for me is purely for EQ, Compression etc. working on a single track, then jumping to the next (I will be doing some synth maps too). Any faders on a controller become redundant. I learnt this thinking I would use them on my Nektar P6. I never touched them, only ever using the 8 knobs, and this needed the shift function to access the other parameters of the EQ, not really winning over just using the mouse.

Plus, the Mobi is hand made in the UK and you get direct communication with the creator. I’m very excited to see where he might go with this in the future, especially now Cubase has Remote Editor etc. I DESPISE USING WRAPPERS. This is wrapper free. Out of the box you might not like the default way he’s intended you to use this (as I didn’t), not that it matters as everything can be changed (although there are some limitations in different modes, which when you realise why actually make a lot of sense). This is wrapper free which is a big win, it looks great and to anyone who’s stared at Cubase for long enough, it makes sense, it feels natural… especially compared to any other random bank of knobs on any other controller surface on the market. This feels like Cubase!

Yes yes, I am just very happy to see a company is building one as a dedicated Cubase controller! Also, stock EQ 4 bands controller is already a huge win for me too. I always touch that before getting on with 3rd party EQ plugins. At the same time, again, huge win for Steinberg… to really making it publicly available, their Midi remote feature while some companies can greedily make commercial products haha u know what I mean… Good heart company with a good heart developer (if this makes sense)

I’ll be getting one soon

I tend to agree that faders are better motorized, but all motorized faders don’t make noise. I work on a range of different controllers including one i made myself and they aren’t noisy at all.

I spent a lot of time making my own controller mostly because nothing that i could find off the shelf would comply to my needs for an ergonomic controller. The first thing i learned is that ergonomics is a very selfish thing. It would vary a LOT between two persons so there is no such things as a “perfect” controller. (Avid tried to do such with the S6 and failed badly in my opinion).

I think this Mobi One controller is interesting in its approach, but its limitations are linked to Cubase own limitations. The biggest one being that Generic Remote can’t control channel strip if all tracks don’t have the modules in the same order (which is a pain).
Unfortunately, the new MIDI remote didn’t solve that (yet?)

I agree with you that faders are pretty useless unless motorized, but I will also agree with @thomas_martin here that not all faders are noisy. For example, the motorized faders both on my CC121 controller, as well as my TF1 digital mixing console are virtually silent - and yes, my studio has all fanless (i.e. perfectly quiet) gear, and has professionally designed and custom built room treatment

All I’ll say for now is that there is plenty of opportunity for somebody to make a really great Cubase controller/fader surface, and while the Mobi One is a (beautiful) first step in that direction, there’s … room for more!

Remote can’t control channel strip if all tracks don’t have the modules in the same order (which is a pain).

This is why the EQ on the 1st 3 modes of the Mobi remains the same midi, but the others slot controls are a new. Now we can use the 1st 3 modes for different layouts of the slots and the other 3 for things completely different.

I feel this is the biggest issue concerning the generic remote. I feel Steinberg is going that path because they already fixed the EQ. But I can also understand why this a bit complicated because you have to adapt different plugs with a different set of controls… This might be tricky for a dev.

yes, the idea itself is a very simple one… but to actually code it that way, likely a different story!

Hey @mitchiemasha, I just got a Qube Mobi this week and starting to get stuck into it - are you still enjoying it?

Two other questions for you.

3ii. Strip FX Focus ON would make the assigned knob follow the plugin it was assigned to regardless to slot position.

Unfortunately, there was higher management issues at the location I was subletting and my studio is currently closed, ongoing a lengthy problematic move. I’ve managed to get a little table set up at my new flat to power through some work 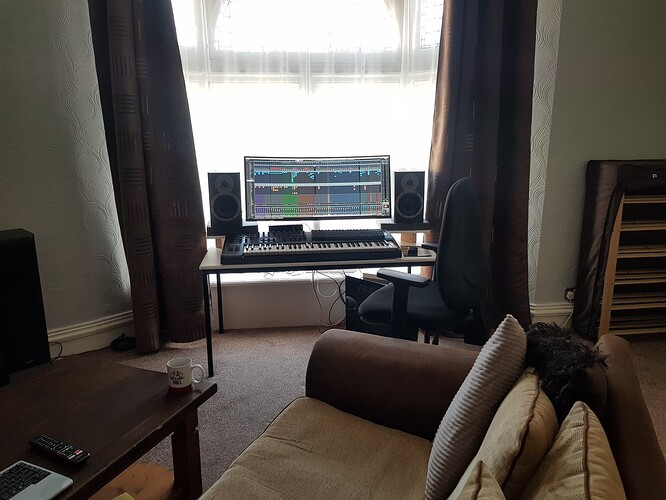 I’m hoping that the delay from the eviction will work out in favour for my Mobi Mapping, Cubase will be a newer version, with lots of juicy mapping improvements… YES!!!